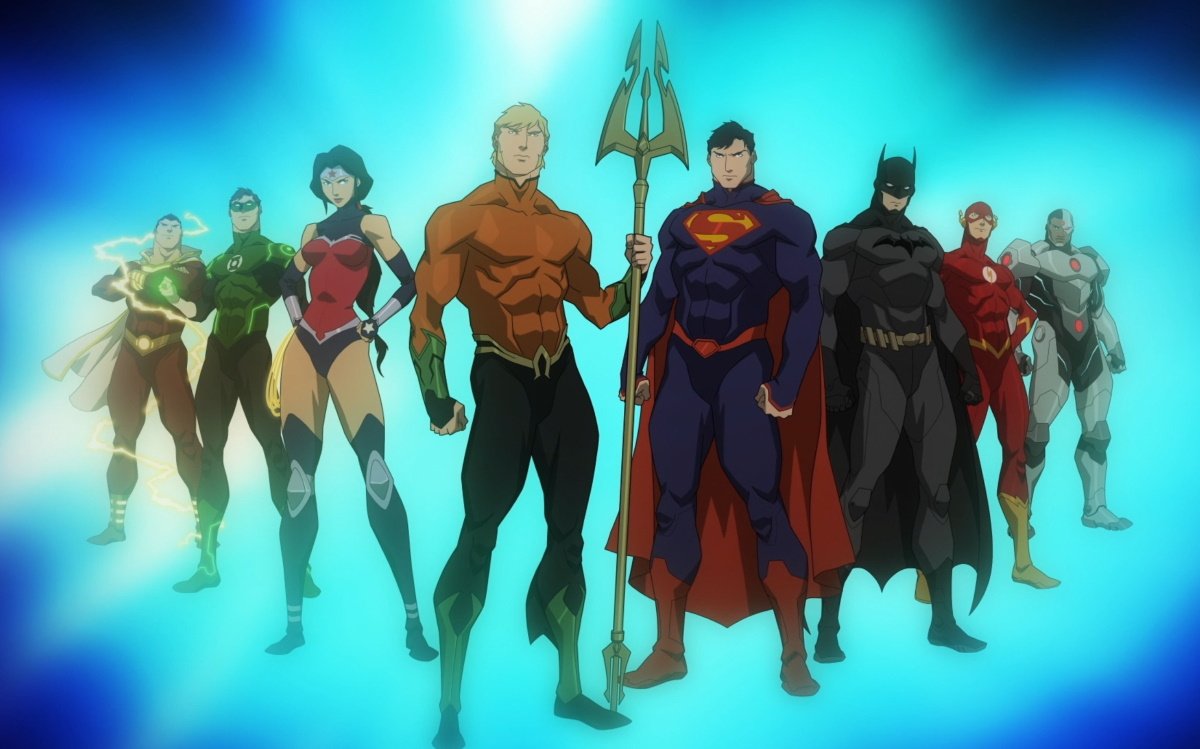 Justice League: Throne of Atlantis (2015) continues the reinvention of the DC Universe in the Animated Original Movies line, adapting the graphic novel of the same name written by Geoff Johns for “The New 52” comic book reboot.

Ostensibly the origin story of Aquaman, it also offers the origins of this incarnation of the Justice League as Aquaman’s half-brother declares war on the surface world and Arthur Curry (veteran voice artist Matt Lanter), a man whose ability to talk to fish creates an identity crisis, discovers his Atlantian heritage and joins forces to Earth’s mightiest heroes to stop him. Don’t skip the post-credits tag.

This direct-to-disc animate feature continues to develop a distinctive chemistry of DC heroes, with Jason O’Mara’s grim, humorless Batman and Jerry O’Connell’s Superman, a gentle god of a hero who embraces the mortality of his adopted human home, as the two foundations of the new team. (Superman is dating Wonder Woman in human guise, which is a novel concept for the imperious Amazon queen voiced by Rosario Dawson.)

The team is filled out by Green Lantern (a jesting Nathan Fillion), The Flash (upbeat Christopher Gorham), Shazam (Sean Astin as boyish Billy Batson in a demi-god’s body), and Cyborg (a very serious Shemar Moore).

Ethan Spaulding directs and helps give it a different kind of sensibility from the Bruce Timm-influenced films that began the series. I appreciate the alternative interpretation. Like the comic book universe it draws from, these animated features remind us that there are other approaches to the iconic heroes and stories.

The Blu-ray and DVD releases include the featurette “Villains of the Deep,” and four bonus episodes from Cartoon Network shows The Brave and the Bold, Aquaman, and Justice League Unlimited (all featuring Aquaman). Exclusive to the Blu-ray are the Throne of Atlantis panel at New York Comic-Con, a bonus sequence, and featurettes on the soundtrack, plus bonus DVD and Ultraviolet Digital HD copies.