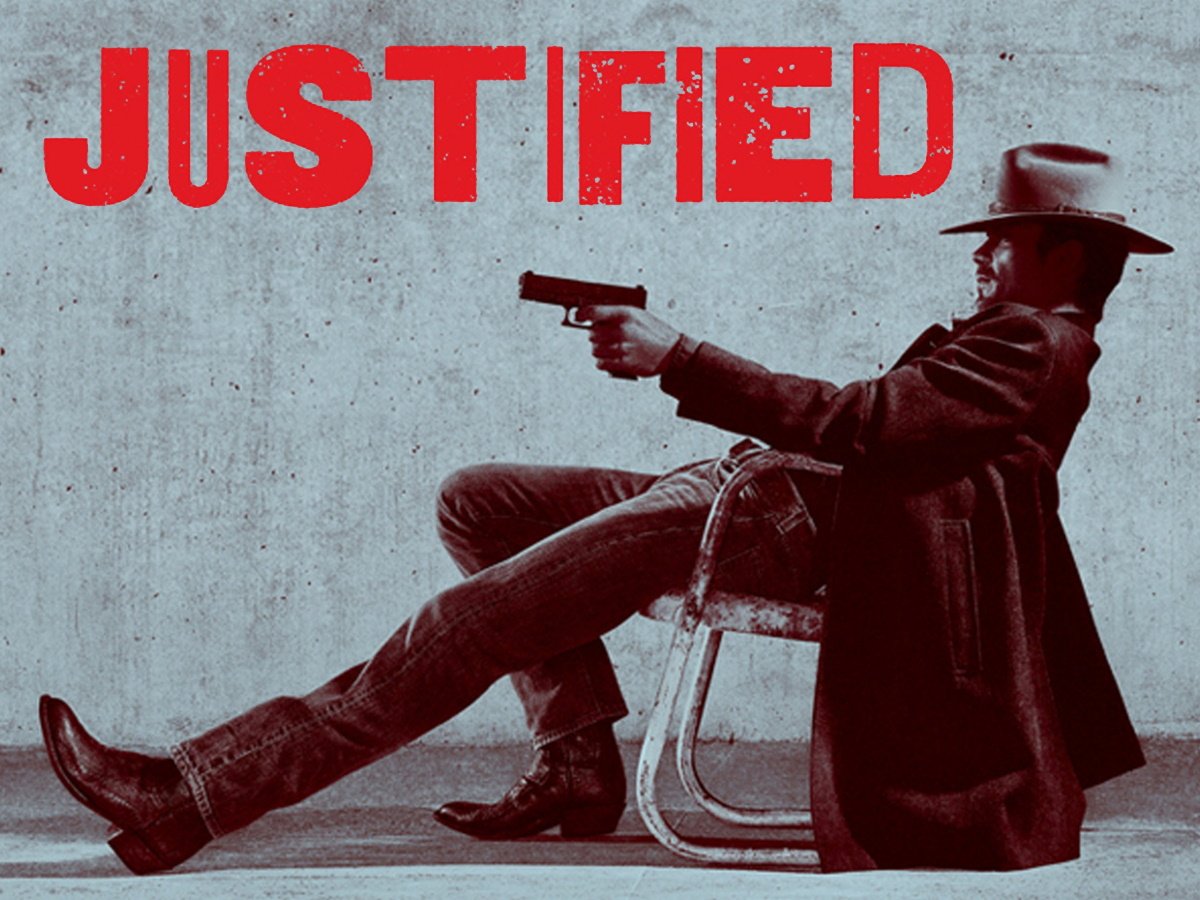 Justified: Complete Series (2010-2015) – Timothy Olyphant is U.S. Marshall Raylan Givens, a cowboy of a lawman whose brand as cowboy justice gets him demoted from his Miami posting and sent back to Kentucky, the home he thought he’d escaped once and for all.

His new boss (Nick Searcy, a sharp leader with a laid-back manner) isn’t exactly thrilled with his arrival—Raylan’s daddy (Raymond J. Barry) is a local hood and his old buddy Boyd Crowder (Walton Goggins), a former coal miner turned explosive expert and gun runner, is currently masterminding a reign of terror in town—but he has a wary affection for Raylan. Even when he ends up blowing a major case by dating the chief witness, the adorable, honey-smoked local beauty (and widow of a crime family figure) Ava Crowder (Joelle Carter). Just to complicate matters, Raylan’s ex-wife Winona (Natalie Zea) works for the D.A. No wonder he left home.

Graham Yost developed and scripted the first episodes of Justified, which he built on Elmore Leonard’s short story “Fire in the Hole,” and brought Leonard on board as an executive producer. The credit is more than honorary; his sensibility infuses the show, from the bad decisions that humanize (and at times sabotage) Raylan to the complicated relationships that tend to perplex his life. Then there is the mesmerizing odyssey of Boyd Crowder, from terrorist in a white-supremacist organization to prison preacher to evangelical cult leader with an army of former convicts waging war against the backwoods drug trade. The question of whether his conversion is genuine or cunning ploy adds to the dramatic tension and the enigma of the character, but Goggins plays him with the passion of a true believer: an avenging angel using the tools of his past and a scorched-earth campaign of redemption.

Each season is built around a specific story that plays out over the 13 episodes and the second season is particularly satisfying. It opens with Givens reconnecting with his ex-wife Winona as he gets pulled into a complicated stand-off involving a family syndicate running the dope trade, meth, moonshine and other interests in Kentucky coal country. Margo Martindale won a well-deserved Emmy Award as the wily matriarch of the backwoods mafia taking on a corporate mining concern while her less disciplined sons (notably Jeremy Davies as a schemer with a grudge against Raylon) stir up trouble around the fringes of the business. But it’s Crowder, Raylon’s old friend turned criminal nemesis, who really sparks the season. As the balance of power in the rural crime world shifts, he finds himself drawn back to his (criminal) strengths. Goggins’ measured performance and controlled intensity makes Crowder the most dangerous character in the series, and the conviction of his principles and loyalties makes him a marvelous complement to Raylon, whose own loyalties and ideas of justice continue to get him in trouble.

By season three there are no illusions to the self-destructive nature of Raylan. He crashes and burns his love life and moves into a room above a dive bar (where he pays rent by serving as its bouncer) while taking on a new threat: Chicago mob operator Robert Quarles (Neal McDonough, all smooth, smarmy sadism), essentially a criminal carpetbagger come down to Kentucky to establish a drug empire in Raylan’s backyard. That puts Quarles in direct conflict with Boyd, who is busy consolidating his control of the Harlan County crime culture in partnership with Ada. That puts Raylan smack in the middle of an underworld power struggle involving his father, his old buddy, and his former lover on one side, and a hit parade of old nemeses back for another tangle on the other.

This season also introduces a veritable independent territory within the county. Noble’s Holler is a self-contained valley community run by a feudal lord of a backwoods godfather named Limehouse (Mykelti Williamson) who conducts his business from a barbecue shack. Sometimes it’s hard to tell the blood from the barbecue sauce.

Season four presents a real yarn of a crime story. Givens is on the trail of a cold case from 30 years ago involving a getaway by parachute and a stolen cache of mob money: the D.B. Cooper of Kentucky. Boyd tries to consolidate his control of the Harlan County crime culture with a tricky alliance with the area’s business mafia, a relationship that offers its own challenges. And along the way, Givens discovers he’s to be a father, which has him contemplating a change of lifestyle. Jim Beaver and Patton Oswalt guest star this season in key roles that deliver on Elmore Leonard brand of character.

The fifth season sets Raylan against a new crime family. Michael Rappaport guest stars as Florida smuggler, poacher, and drug dealer Darryl Crowe, a backwoods would-be crime boss who decides to relocate to Kentucky and begin a new criminal enterprise smuggling drugs from Mexico in partnership with Boyd. Family plays a central part in the series and the Crowe family has a complicated dynamic that makes Raylan even more committed to shutting them down and saving the youngest member of the clan from ending up dead or in jail. Other guest stars this season include Alicia Witt as Darryl’s sister and legal counsel, Amy Smart as a social worker starts dating Raylan, Danielle Panabaker as a prison ally, and Mary Steenburgen as a mob fixer who arrives to resolve the conflict between Boyd and the Chicago mob.

The sixth and final season ends the series with Raylan assigned to shutting Crowder down once and for all. That is, of course, only one of the many threads of these richly drawn series, but it puts a personal spin on Raylan’s brand of frontier justice. While Crowder’s lover and partner in crime Ava plots her escape from both Raylan (who has turned her into an informant) and Boyd, a new player joins the mix: crime kingpin Avery Markham (played by Sam Elliot) comes to Harlan County to buy up land as an investment in the future of legal marijuana while his fiancée (Mary Steenburgen) has her own agenda.

While Boyd takes on Avery, he plots an elaborate heist that involves an old mine tunnel. Not every character makes it out alive, but there’s nothing predictable about the direction of the story or the characters, who are layered in levels of loyalty and honor and self-interest. Garret Dillahunt and Jeff Fahey co-star and Jere Burns, Kaitlyn Dever, Mykelti Williamson, Natalie Zea, Jeremy Davies, and Patton Oswalt return. It’s a satisfying end to a show that has consistently combined smart writing, well-drawn characters, the unique culture of rural Kentucky, and Elmore Leonard’s distinctive pulp fiction sensibility.

The series, which has been a critical and popular hit on the FX channel, is still the smartest and most colorful piece of serial pulp fiction on TV this century to date. It’s a contemporary western of family grudges, backwoods meth labs, and interstate crime deals, well written, superbly cast, and anchored by the effortlessly magnetic Olyphant in his best role and richest character since Deadwood, one that leans on his easy manner, his lanky physicality and his slow-burn intensity. Raylan Givens is a man with his share of flaws and bad decisions, but you never question his dedication and you never underestimate his commitment.