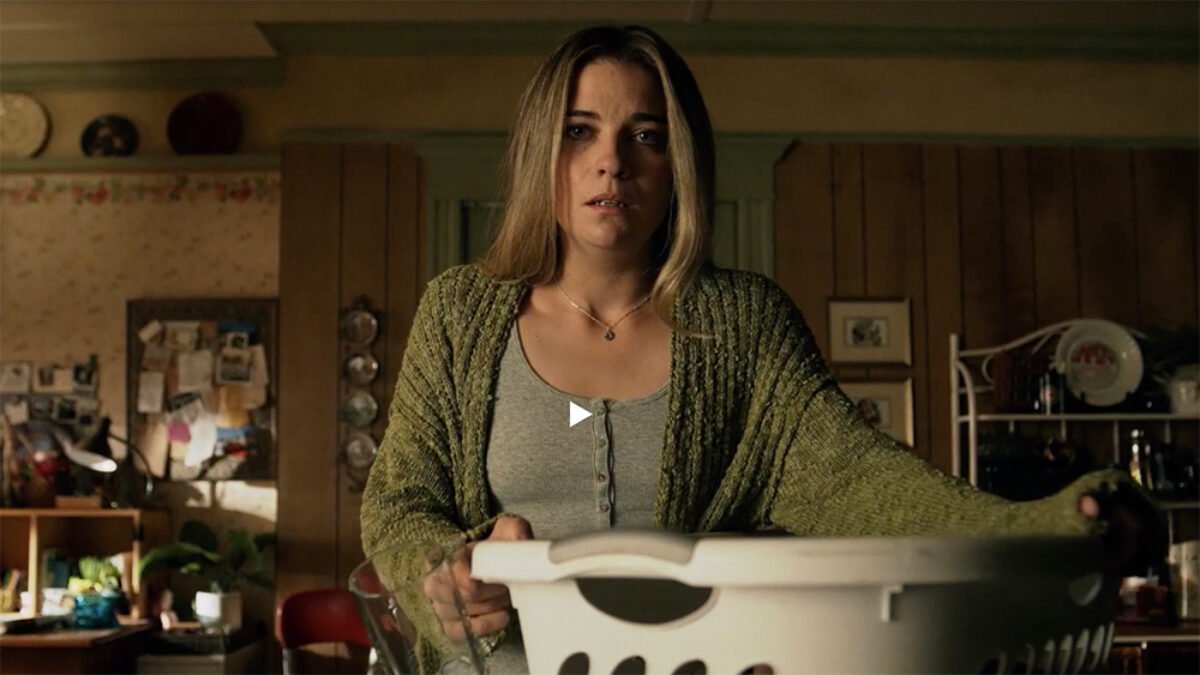 The dark comedy “Kevin Can F**k Himself: Season 1” (TV-MA) flips TV stereotypes in the story of a sitcom wife (Annie Murphy of “Schitt’s Creek”) who is tired of enduring the antics of her self-absorbed man-child of a husband (Eric Petersen) and plots her escape. Actually, she plots his murder. This satire of noxious sitcoms of tired stereotypes with boorish husbands making jokes at expense of a younger, attractive wife is created by Valerie Armstrong, a veteran of the cult comedy “Lodge 49.” Three episodes available, new episodes each Sunday, a week before they play on cable. (AMC+)

Spandex, mall culture, and the fitness video explosion provide the backdrop to “Physical: Season 1” (TV-MA), a black-humored satire starring Rose Byrne as a tortured wife and mother who channels her frustration and energy into creating an aerobics empire. Creator Annie Weisman is a veteran of “Desperate Housewives.” Four episodes available, new episodes each Friday. (Apple TV+)

“The Mysterious Benedict Society: Season 1” (TV-PG), based on the young adult books by Trenton Lee Stewart, follows four orphans in a boarding school who band together to stop a nefarious force known as The Emergency. Tony Hale costars as the mysterious Mr. Benedict. New episodes on Fridays. (Disney+)

Titus Welliver returns as Detective Harry Bosch in the seventh and final season of “Bosch” (TV-14), where he investigates an arson that killed five people, including a ten-year-old girl, which makes it personal for Bosch. His case sets him against some very power people. Jamie Hector is his partner, who is dealing with his own crisis, and Amy Aquino, Lance Reddick, Madison Lintz, and Mimi Rogers costar. While this season brings the show to an end, Bosch will returns in a spin-off series with costars Lintz and Mimi Rogers. (Amazon Prime)

The horror film “False Positive” (2021, TV-MA) delves into the fears of pregnancy when a couple (Ilana Glazer and Justin Theroux) visits a fertility doctor (Pierce Brosnan) whose easy charms hides sinister secrets. When she suspects something is going wrong with her pregnancy, she stars suspecting a conspiracy. Glazer cowrote the film with director John Lee. (Hulu)

Bob Odenkirk stars as a mild-mannered husband and father whose repressed anger is unleashed in “Nobody” (2021, R), a mix of violent action and dark comedy from the writer and action choreographers of “John Wick.” (VOD, Cable On Demand, DVD, and at Redbox)

A stand-up comedian (Iliza Schlesinger) thinks she may have met the perfect guy (Ryan Hansen) in the romantic comedy “Good on Paper” (TV-MA), costarring Margaret Cho.

The documentary “Mary J. Blige’s My Life” (2021) explores the inspirations of the Grammy-winning recording artist’s 1994 album “My Life” as she prepares to perform it live in celebration of its 25th anniversary.

The drama “September Mornings: Season 1” (Brazil, TV-14, with subtitles) explores the life of a trans woman who discovers she had a son she never knew about.

Streaming TV: Brian Keith is “The Westerner” (1960) in the superb but short-lived TV western created by Sam Peckinpah. All thirteen episodes available.

A cavalry officer (Christian Bale) escorts an Apache chief (Wes Studi) and his family back to their Montana home in “Hostiles” (2017, R).

Streaming TV: the family drama “Switched at Birth: Complete Series” (2011-2017, TV-14) uses the twist of the title to take on a collision of class, culture and child-rearing philosophies as two families become acquainted. Also new:

Hilary Swank is a police detective who turns stalker after a one-night-stand in a married man (Michael Ealy) in the thriller “Fatale” (2020, R).

A special new episode of “I’ll Be Gone in the Dark” (TV-MA) follows up on the true crime show after the sentencing of the Golden State Killer.

“Miley Cyrus Presents Stand By You” (not rated) is an hour-long concert event.

The second season of the Scandinavian noir “The Sommerdahl Murders” (Denmark, with subtitles) is now streaming.

Russ Meyer’s “Beyond the Valley of the Dolls” (1970, NC-17) is a debauched romp produced with a Hollywood budget, and Criterion Channel presents it with commentary, bonus interviews, and other supplements from the special edition disc release. Also new: