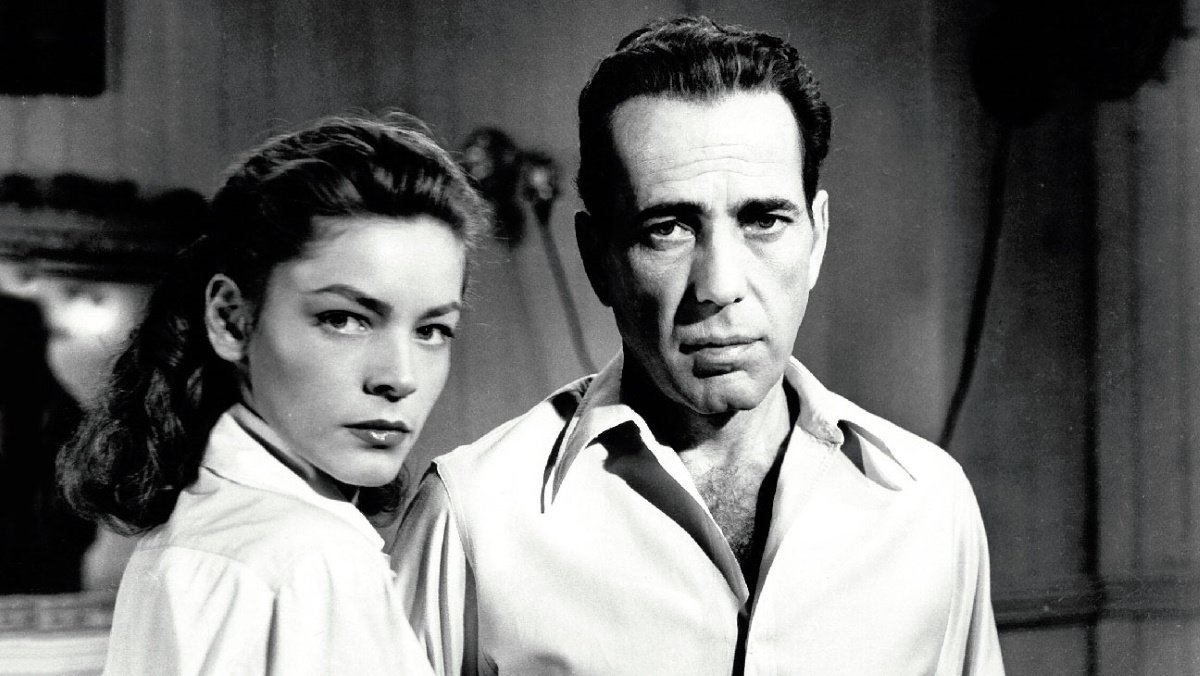 Film noir hits the tropics in Key Largo (1948), the fourth of six collaborations between director John Huston and Humphrey Bogart (who first worked together on The Maltese Falcon) and the final screen pairing of real-life couple Bogart and Lauren Bacall.

Bogie is Frank McLoud, a disillusioned World War II vet paying his respects to the widow (Bacall) and father (Lionel Barrymore) of his dead war buddy. Edward G. Robinson plays Johnny Rocco, an exiled gangster hiding out in a run-down hotel in the Florida Keys under a fake name with his entourage. The former soldier is taken hostage with the rest just as a hurricane hits.

It’s adapted from Maxwell Anderson’s 1930 stage play and takes place largely in the confines of the hotel lobby. Huston makes effective use of the constraints to create tension as Bogart is drawn out of his existential detachment to take on the gangster and his men.

The character of Rocco was inspired by real-life criminals Al Capone (who “retired” to Florida after getting out of prison) and Lucky Luciano (who was deported) while Robinson’s casting carries memories of Little Caesar (1930), which made Robinson a star. Eighteen years later, the flamboyant gangster and one-time kingpin is now a sneering, deluded has-been driven by ego and he bullies and humiliates his girlfriend (Claire Trevor), an alcoholic, over-the-hill showgirl.

Huston and co-screenwriter Richard Brooks turn the 1930 play into a rumination of post-war America and the disillusionment of returning soldiers to a country that doesn’t necessarily have a place for them and earned an a Writer’s Guild nomination for their adaptation. It’s an American classic, with intelligent direction and superb performances by a top-notch cast.

Claire Trevor won an Oscar for her poignant turn.

Also on Blu-ray and DVD and on SVOD through Amazon Video, iTunes, GooglePlay, Fandango, Vudu and/or other services. Availability may vary by service.
Key Largo [Blu-ray]
Key Largo [DVD]