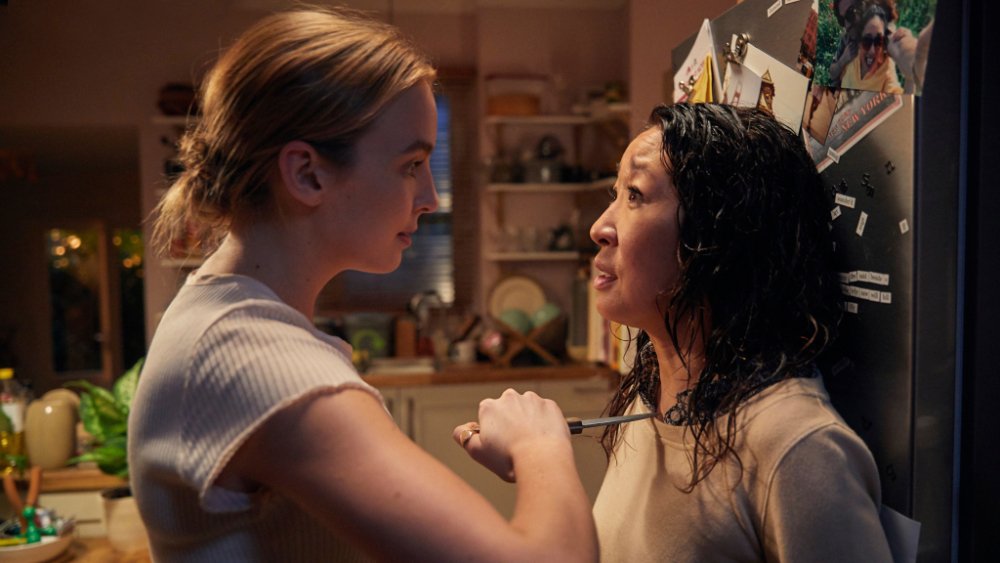 Sandra Oh earned an Emmy nomination for her performance as Eve Polastri, a low-level security agent for MI-5 who has traced a series of unsolved assassination to a single, unidentified contract killer who is, she believes, also a woman. Jodie Comer steals every scene as Villanelle, a brilliant, unpredictable Russian assassin in Paris who defies orders and draws attention to herself in a particularly flamboyant hit that leaves a trail of dead bodies. Her latest target is a defector that Eve has been tasked with protecting and, well, Villanelle goes off script and leaves the scene littered in casualties.

So begins a game of cat-and-mouse that, as they say, becomes personal, but not the ways that these kinds of shows usually play out. Eve loses her job but gets hired to head a covert team drafted to track down the mysterious killer and while they close in on her identity, Villanelle identifies Eve and turns the conflict into a game. Villanelle showboats. She preens. And while she apparently lacks even a trace of empathy, she really turns her assignments into way to flirt with Eve. (She has a perverse idea of how flirtation is supposed to work.)

The series, shot in England and Europe and featuring an international cast, adds ingenious twists to the familiar conventions of spy thriller of brilliant killers and obsessive agents hunting them down, and not simply because the protagonists are women in a male-dominated world. Based on the novels of Luke Jennings, the series was created and developed by actress/writer Phoebe Waller-Bridge (Fleabag) and she brings an offbeat sense of humor to the brutal storyline and to the character of Villanelle, a sociopath who enjoys killing but is easily bored. She just wants to have fun and she treats the battle of wits with Eve as a mix of mind game and seduction. By the end of the first series, she’s just as much of an enigma and she’s still on the loose.

The series was highly praised but not widely seen when it played on BBC America so Hulu may give this series is biggest American audience yet. A second season has been announced for 2019.