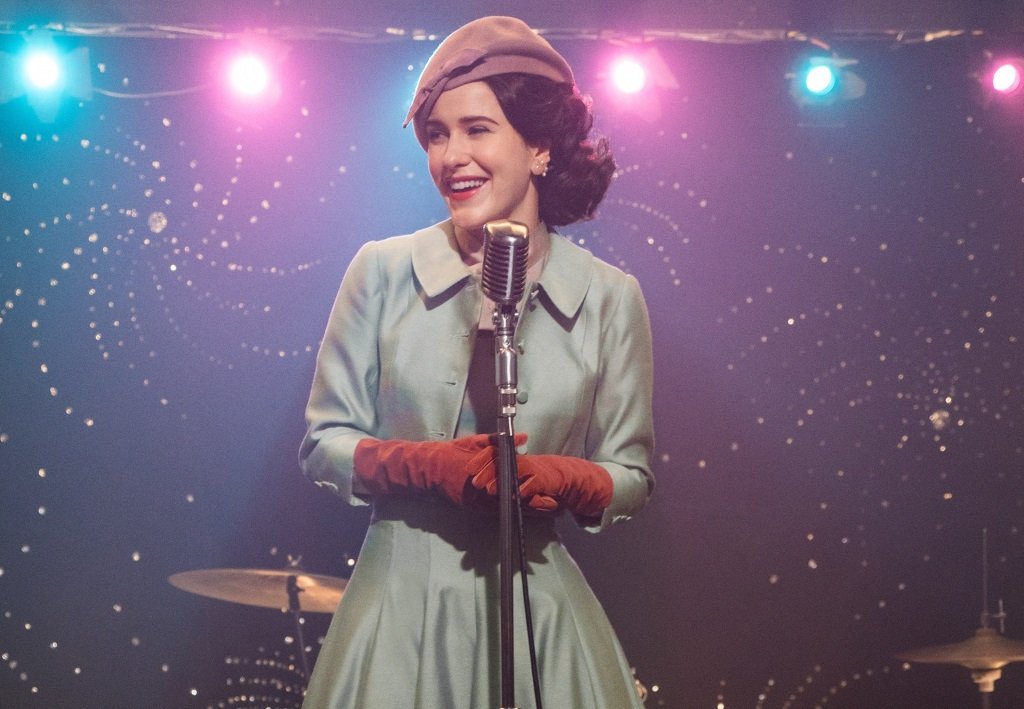 Sandra Oh is a bored, whipsmart MI-5 agent assigned to track down a brilliant, unpredictable Russian assassin (scene stealer Jodie Comer) in Killing Eve (2018, PG-14), a clever, compelling, mordantly funny spy thriller from BBC America. It was one of the best new shows of 2018 but not widely seen. You can now stream the edgy, offbeat first season on Hulu.

A little too much holiday cheer in your Christmas viewing? Try Happy! (2018, TV-MA) a mix of crime thriller and dark comedy starring Christopher Meloni as a suicidal, drug-addicted ex-cop searching for a missing girl during the Christmas holidays with the help of her imaginary friend: a tiny, flying, blue unicorn (voiced by Patton Oswalt). It’s definitely not for kids. The limited series was originally made for SyFy (they’ve since announced a second season). It’s now streaming on Netflix.

Tom Cruise is back as Ethan Hunt in Mission: Impossible – Fallout (2018, PG-13), the sixth film in the globetrotting spy franchise and possibly the best to date. Along with his loyal team (Ving Rhames and Simon Pegg) and his boss (Alec Baldwin), the film brings back Rebecca Ferguson as his British agent match and Michelle Monaghan as his ex-wife, and adds Henry Cavill and Angela Bassett to the mix. The stunts top the recent James Bond movies. Cable On Demand and VOD, also on DVD and at Redbox.

Oscar Isaac stars as a Mossad agent assigned to bring Adolph Eichmann (Ben Kingsley) to trial for war crimes in Operation Finale (2018, PG-13), based on a true story. Also on DVD and at Redbox.

Available same day as select theaters nationwide is Asher (2018, R), a thriller starring Ron Perlman as an aging hitman on a mission of redemption.

The Lobster (2015, R), a melancholy love story with Colin Farrell and Rachel Weisz in a strange alternate reality where single people are transformed into animals, is from The Favourite director Yorgos Lanthimos.

Holiday treats: along with the family film Free Rein: The Twelve Neighs of Christmas (2018, not rated) and mordant comedy 5 Star Christmas (Italy, 2018, not rated, with subtitles) come the dessert competition special Nailed It! Holiday! and the animated Super Monsters and the Wish Star for kids.

Foreign language TV: a pair of compromised detectives get mired in the Berlin underworld while trying to solve the murder of a Turkish-German soccer player in Dogs of Berlin: Season 1 (Germany, with subtitles). Also new:

Kid stuff: before “The Lego Movie,” filmmakers Phil Lord and Christopher Miller wrote and directed the animated comedy Cloudy with a Chance of Meatballs (2009, PG).

Groundhog Day (1993, PG), starring Bill Murray as a smug, self-centered weatherman doomed to relive the same day over and over and over again, is a rare comedy that is both hilarious and heartfelt. And while it isn’t set at Christmas, it’s perfect for the holidays: an almost spiritual story of rebirth refreshingly free of preachy moralizing and mawkish sentimentality. It’s also available on 4K UHD format.

Cult: Bruce Lee became an international action star with Enter the Dragon (1973, R), which was also the final film he completed before his untimely death.

Kid stuff: Teenage Mutant Ninja Turtles (1990, PG) brought the heroes in the half shell to the big screen for their first live action outing.

Kid stuff: family adventure The Black Stallion (1979, G) features some of the most beautiful horse footage captured in the movies (Prime Video and Hulu).

Tangerine (2015, R), shot on the streets of Los Angeles with an iPhone by filmmaker Sean Baker, is an unconventional Christmas tale about two transgendered friends (Kitana Kiki Rodriguez and Mya Taylor) on an odyssey across Los Angeles to find a cheating boyfriend. The offbeat indie drama won awards from film festivals and critics groups across the country.

Sideways (2004, R), an Oscar-winner for best screenplay, is a road movie with Paul Giamatti and Thomas Haden Church as buddies on a trip through California wine country.

Nacho Vigalondo (Colossal) directs Into The Dark: Pooka!, the third feature-length episode in the Hulu Original horror series from Blumhouse.

Lane 1974 (2017, not rated), based on the memoir by Clane Hayward, is a coming-of-age drama about growing up in the instability of communes in 1970s Northern California.

Foreign affairs: With a Friend Like Harry (France, 2000, R, with subtitles) is a modern thriller with a Hitchcockian quality. Also new: Jackie Chan in the globetrotting adventures Operation Condor (Hong Kong, 1991, PG-13) and Operation Condor II: The Armour of the Gods (Hong Kong, 1986, R), the reedited and English dubbed versions of Hong Kong hit movies.

The HBO Original drama Icebox (2018, TV-14) starring Anthony Gonzalez (the voice of “Coco”) as a 12-year-old Honduran boy incarcerated in the U.S. Immigration system when he seeks asylum.

Amy Huberman (of Striking Out) writes and stars in Finding Joy: Season 1, a new comedy from Ireland. Six episodes.

Also new: Vidago Palace: Season 1 (Portugal, with subtitles), set in Portugal during the Spanish Civil War, and the first episode of The Brokenwood Mysteries: Series 5 from New Zealand (new episodes arrive each Monday).