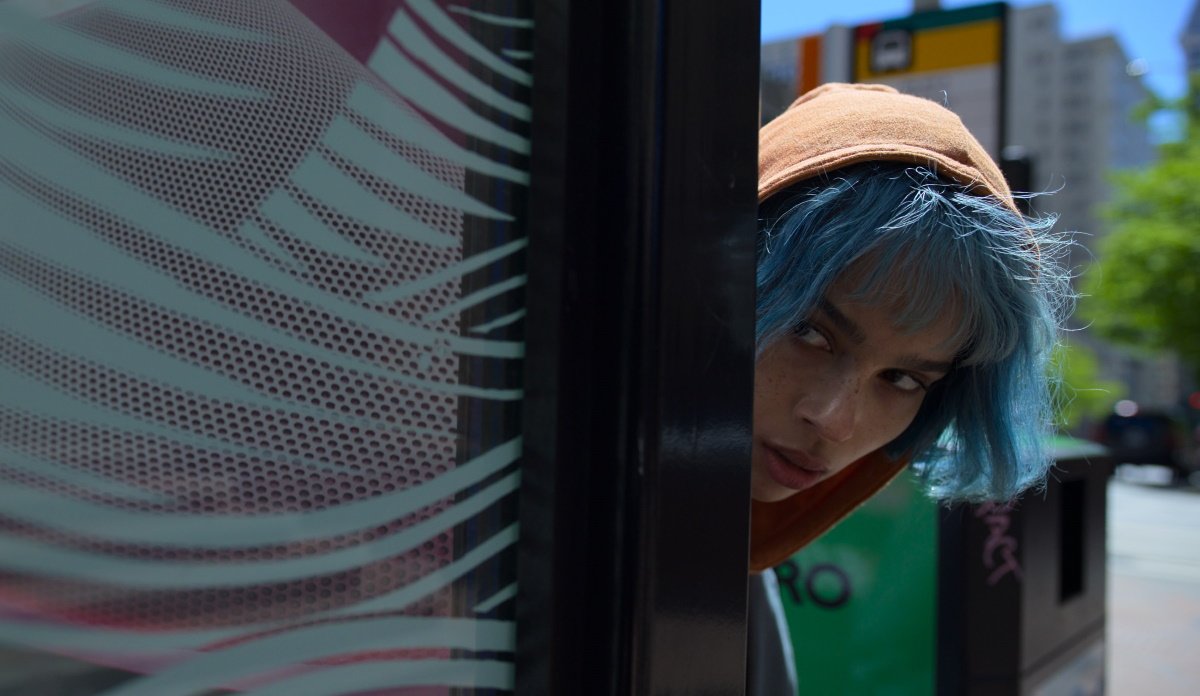 Zoë Kravitz stars as an agoraphobic tech worker who overhears what she believes is a murder in “Kimi“ (2022, R). When no one believes her she investigates on her own. Directed by Steven Soderbergh and set and shot (at least part) in Seattle, it’s something of a 21st century twist on “Rear Window” for the surveillance culture. Rita Wilson costars. (HBO Max)

Kristin Stewart earned an Oscar nomination for her performance as Princess Diana in “Spencer“ (2021, R), Pablo Larrain’s intimate drama set over a troubled Christmas weekend as she suffers under the constant watch and criticism of the Royal Family. It’s a powerful and intimate performance and offers something we don’t usually see in screen portraits of the people’s princess: Diana as a loving mother of two boys. (Hulu)

Arriving in advance of Valentine’s Day is “Marry Me“ (2022, PG-13), a romantic comedy starring Jennifer Lopez as a superstar singer who impulsively marries a stranger (Owen Wilson as a divorced dad) when she discovers her fiancé (Maluma) cheated on her. The romance begins as they get to know one another. Streams same day as theaters. (Peacock)

Gugu Mbatha-Raw stars in the limited series “The Girl Before“ (TV-MA) as a woman who gets eerie premonitions after moving into a modern minimalist house where the previous inhabitant (Jessica Plummer) died. David Oyelowo costars in the four-part Hitchcockian thriller based on the novel by J.P Delaney. (HBO Max)

Based on a true story, the limited series “Inventing Anna“ (2022, TV-MA) stars Julia Garner as a German woman who conned New York’s elite she by posing as an heiress named Anna Delvey, and Anna Chlumsky as the reporter who uncovered the fraud. Lavern Cox, Terry Kinney, Anders Holm, and Anna Deavere Smith costar in the Shonda Rhimes production. (Netflix)

The fifth season of the cult series “Rick and Morty“ (TV-14), the animated comedy of weird science and dysfunctional family life, is on both Hulu and HBO Max.

“King Richard“ (2021, PG-13) stars Will Smith as the father of Venus and Serena Williams in this drama based on the complicated early life of the tennis champions and the father who drove them to success, at times to the point of obsession. Also on DVD and at Redbox. Also new:

Ava Michelle is back in in the young adult romantic comedy “Tall Girl 2“ (2022, TV-PG), set around a school musical.

More international movies: “The Privilege“ (Germany, TV-MA, with subtitles) is a supernatural thriller set at an elite private school where students uncover a dark conspiracy. Also new are the romantic comedies “Love and Leashes“ (South Korea, TV-14), set in the S&M world, and “Anne+: The Film“ (Netherlands, TV-MA, with subtitles), a feature-length spinoff of the LGBTQ TV series;

Animation: an orphaned girl learns that she is a descendant of the Gods in in the adventure fantasy “Child of Kamiari Month“ (Japan, PG-13).

The romantic comedy, “I Want You Back“ (2022, R) stars Charlie Day and Jenny Slate as strangers who team up to win back their respective exes (Gina Rodriguez and Scott Eastwood) after getting dumped on the same weekend.

In the supernatural drama “Homestay“ (Japan, 2022, not rated, with subtitles), a soul is put in the body of a deceased high school student and has 100 days to find the cause of the student’s death.

In the second season of the comedy “Dollface“ (TV-MA), the best friends (Kat Dennings, Brenda Song, and others) face turning thirty.

International TV: “Adventure of the Ring: Season 1“ (Taiwan, with subtitles) is a romantic comedy anthology series centered on the different couples who come in contact with an engagement ring.

Joe Carnahan directs the violent crime thriller “Copshop“ (2021, R) starring Gerard Butler and Frank Grillo as killers whose smackdown in a small town police station is interrupted by a corrupt cop, a garrulous serial killer (Toby Huss), and a whole lot of guns.

“The In Between“ (2022, PG-13), a romantic drama with a supernatural twist, stars Joey King and Kyle Allen.

The limited series documentary “Everything’s Gonna Be All White“ (not rated) explores the many facets of racism, exploitation and discrimination in American history. New episodes on Fridays.

Tim Blake Nelson is “Old Henry“ (2021) in the lean western about a widower farmer whose hidden past resurfaces when his farm comes under siege. Tracy Adkins and Stephen Dorff costar.

“Agatha Raisin“ (not rated) is back for a fourth season of small town murder mysteries. New two-part mysteries follow on two following Mondays.

“Amsterdam Vice: Season 1“ (The Netherlands, TV-14, with subtitles), based on the novels of A.C. Baantjer, is buddy cop drama set in the red light district of Amsterdam in 1980.

Seven films “Starring Harry Belafonte” celebrates the work of the actor, singer, and activist is such diverse films as the raw caper noir “Odds Against Tomorrow“ (1959) with Robert Ryan, “The Angel Levine“ (1970) with Zero Mostel, and Robert Altman’s “Kansas City“ (1996) with Jennifer Jason Leigh and Miranda Richardson.

The documentary “Floyd Norman: An Animated Life“ (2016, not rated) tells the story of Disney’s first Black animator, and is presented with short films and commercials he made.

Set in the aftermath of the war in Kosovo, “Hive“ (Kosovo, 2021, not rated, with subtitles) follows the lives of widows who band together to take care of their struggling families. It was the first film receive the Grand Jury Prize, the Audience Award, and the Directing Award at the Sundance Film Festival.