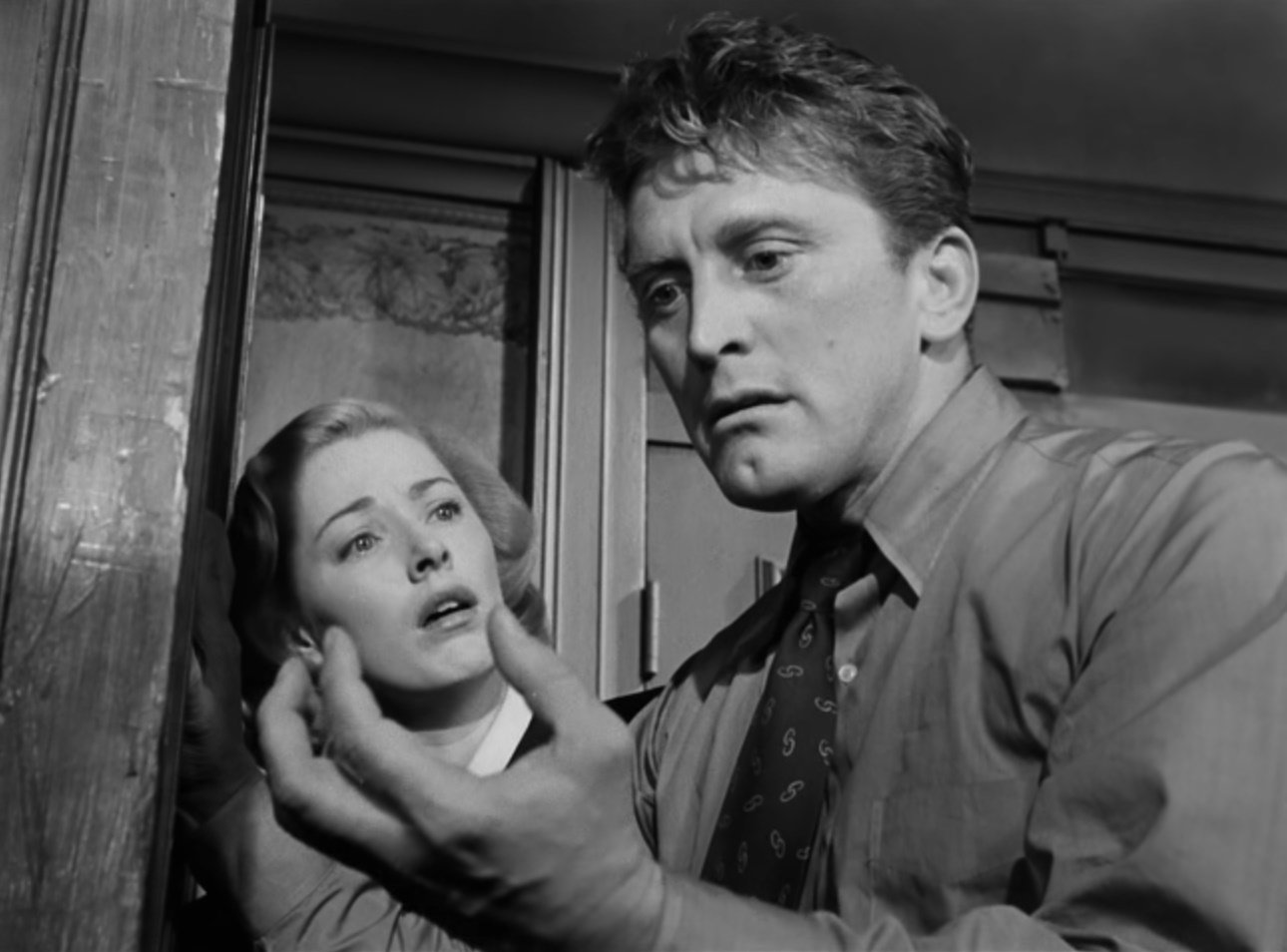 Detective Story (1951) is the godfather of the TV precinct show. Adapted from Sidney Kingsley’s Broadway play and directed by Hollywood master craftsman William Wyler, it plays out almost entirely in the detective squad room over the course of a long shift.

Kirk Douglas stars as Det. James McLeod, a law and order zealot with a bad temper and a reputation for violence. He’s the classic tough cop with a brutal edge and a ferocious moral superiority and he’s on a crusade to put away a butcher of an abortion doctor (George Macready). Along the way, he takes it upon himself to mete out his own brand of justice to any other lawbreaker who gets arrested, regardless of circumstance.

William Bendix is his opposite, the gentler, more understanding type who is predisposed to give a first-time offender a second chance. Horace McMahon is their wary chief trying to reign in the explosive Douglas. Eleanor Parker, a queen of the big screen in her day, is Douglas’s devoted wife with a big secret, and providing eccentricity and comic relief in smaller roles are Lee Grant, making her film debut as a loquacious shoplifter, and Frank Faylen as a detective with a good-natured sense of humor.

It was nominated for four Academy Awards, for actresses Eleanor Parker and Lee Grant, director William Wyler, and screenwriter Philip Yordan, and Lee Grant took home the award for best actress at the Cannes Film Festival.

Also on Blu-ray and DVD and on SVOD through Amazon Video, iTunes, GooglePlay, Fandango, Vudu and/or other services. Availability may vary by service.
Detective Story [DVD]