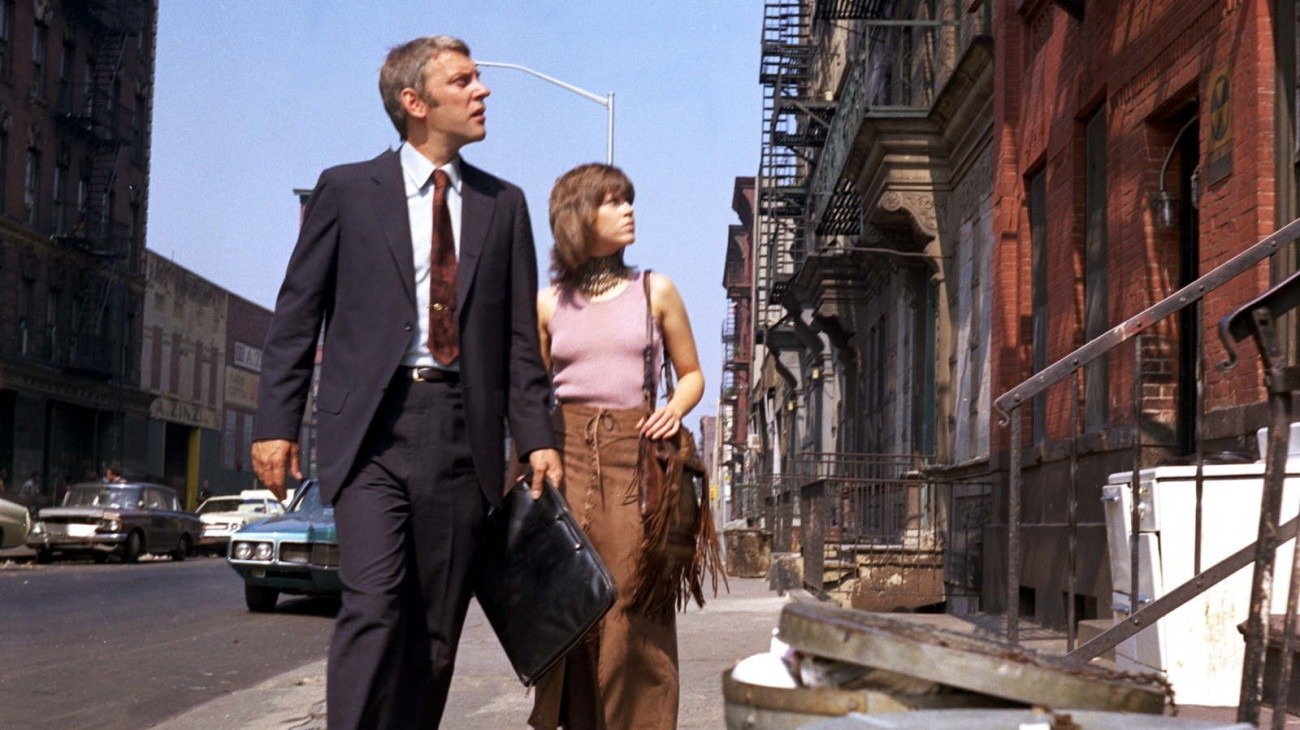 Jane Fonda’s call girl Bree Daniels is with a client, panting and screaming in his ear while he sweats and pumps away, but it’s just an act: her face is all business as she checks her watch without skipping a moan.

In classic film noir fashion, Klute is a small town outsider who delves into the streets and slums of the city looking for a missing person. The trail leads to Bree and her mysterious stalker (Charles Cioffi). The tough talking, streetwise swinger is a front, a pose to protect the vulnerable woman underneath, and Fonda runs with it, while Sutherland contrasts her with a quiet, thoughtful, restrained performance.

The chilly, aloof cinematography by Gordon Willis, shot on location in New York, beautifully enhances the morbid voyeurism and paranoia while brilliantly building the tension. It’s a cliché, but they simply don’t make thrillers like this anymore: smart, sharp, adult.

The screenplay earned an Oscar nomination for writers Andy Lewis and David E. Lewis and Fonda also won awards from the National Society of Film Critics, the New York Film Critics Circle, and the Golden Globes for her performance.