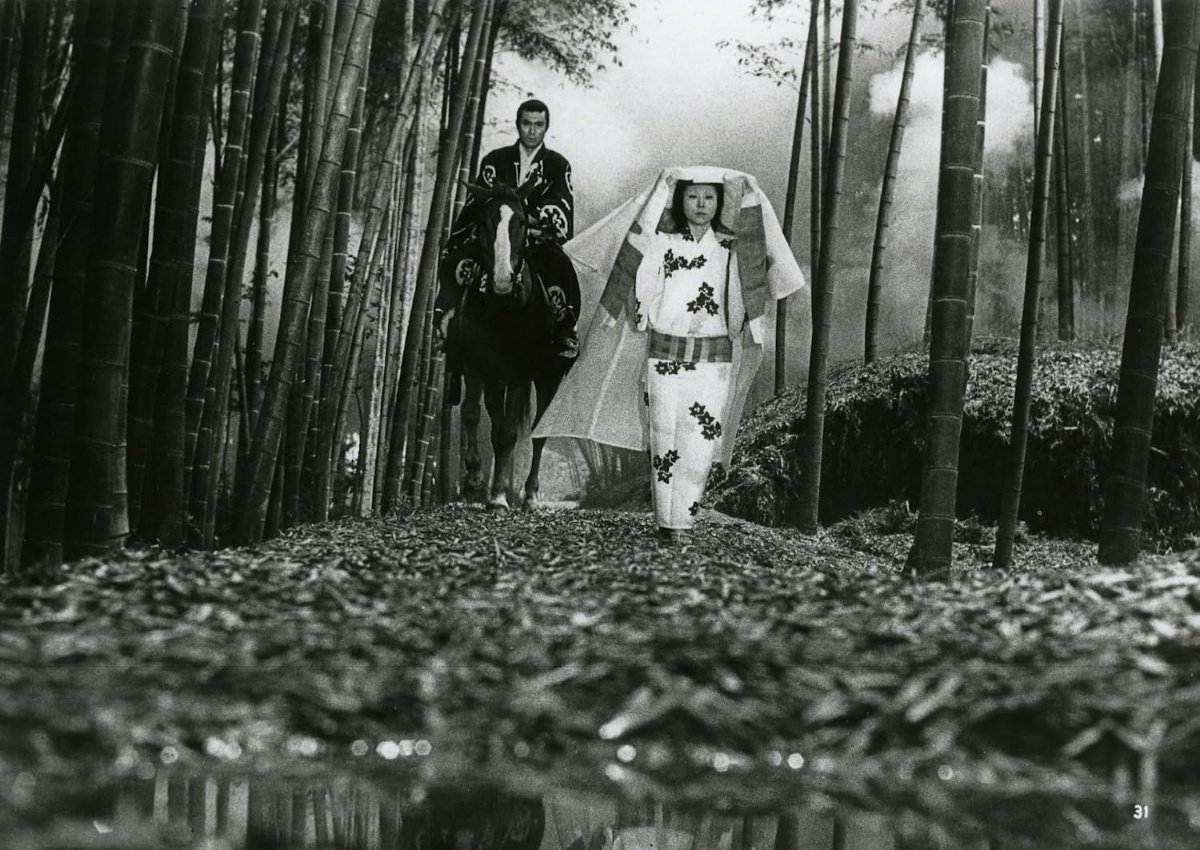 The English title of Kaneto Shindo’s Koruneko (Japan, 1968) is Black Cat but this ferocious ghost story is not about cats but vengeful spirits.

Set in feudal Japan, in a bamboo forest perpetually shrouded in fog and shadow as ethereal as the ghosts themselves, the film chronicles the odyssey of two women (Nobuko Otowa and Kiwako Taichi) left alone to tend the family farm when the man of the house (Kichiemon Nakamura) is sent to war. Rogue samurai come upon them like feral bandits, rape and murder the women and burn the farmhouse down. The black cat of the title finds the bloody bodies and gives their spirits the claws for their revenge.

When the soldier returns home, now a decorated hero, he finds his home and family gone and is charged with ridding the region of the spirits who have been tearing the throats out of the local samurai. As he discovers uncovers the truth, the angry spirits become conflicted in their thirst for vengeance.

Shindo creates a film of mesmerizing imagery and eerie atmosphere. The two ghosts float through the film with spooky grace and the mysterious house is itself a spirit that appears like a supernatural creature, while the tranquility of the deep forest becomes shrouded in doom and dread with coming of night and the avenging women. The violence, while powerful, is not explicit and the horror is in suggestive and weird imagery, made all the spookier by the ethereal black and white photography.

It’s one of the greatest of Japanese ghost stories, a horror film of elemental drive, social commentary, feminist rage, and visual grace, and was almost forgotten on this side of the ocean until a 2010 theatrical revival.

In Japanese with English subtitles, black and white.

The Criterion Collection release presents the film with an archival interview with director Kindo Shindo and a new video interview with film critic Tadao Sato, plus a booklet with a new essay by film critic and horror film expert Maitland McDonagh.