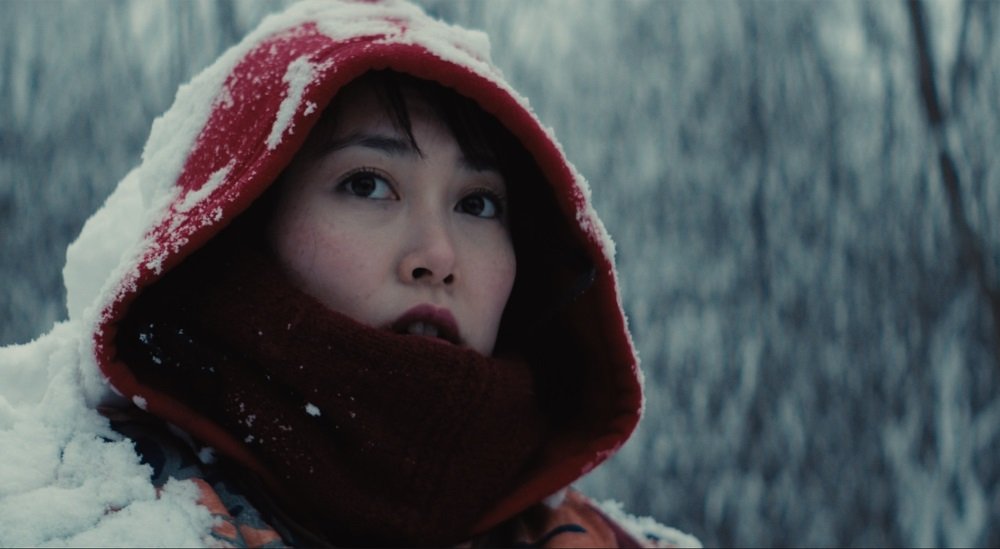 In the early 2000s, an urban legend circulated about a young Japanese woman who watched film Fargo and travelled to Minnesota to search for the treasure buried in the snow. Filmmakers David and Nathan Zellner turned that apocryphal story into Kumiko, The Treasure Hunter (2014), a deft, a sweetly offbeat indie drama starring Rinko Kikuchi (Pacific Rim) as a depressed, disconnected “office lady” who lives in a fantasy world of puzzles and treasure hunt games and becomes convinced that Fargo is a true story.

She uses the company credit card to finance a trip to Minnesota and goes into the Midwest winter in search of the buried cash, meeting a succession of odd but compassionate folks who attempt to help her out and even clear up her belief in the authenticity of the Coen Bros. film. It only makes her more determined to protect her fantasy odyssey from the harsh light of reality.

Though it has no direct connection to the Coen Bros.’s Fargo, it shares an offbeat sensibility and sense of humor, a low-key style that emphasizes the endless white fields of snow-covered plains, and a cast of eccentric characters. But while the Coens satirize many of its oddball characters with a sometimes cynical attitude, the Zellners embrace the eccentricities of its characters without ridiculing them. It’s a lovely little character piece, funny, and sweet and engagingly offbeat, with an interesting peak into both Japanese and Midwest culture.