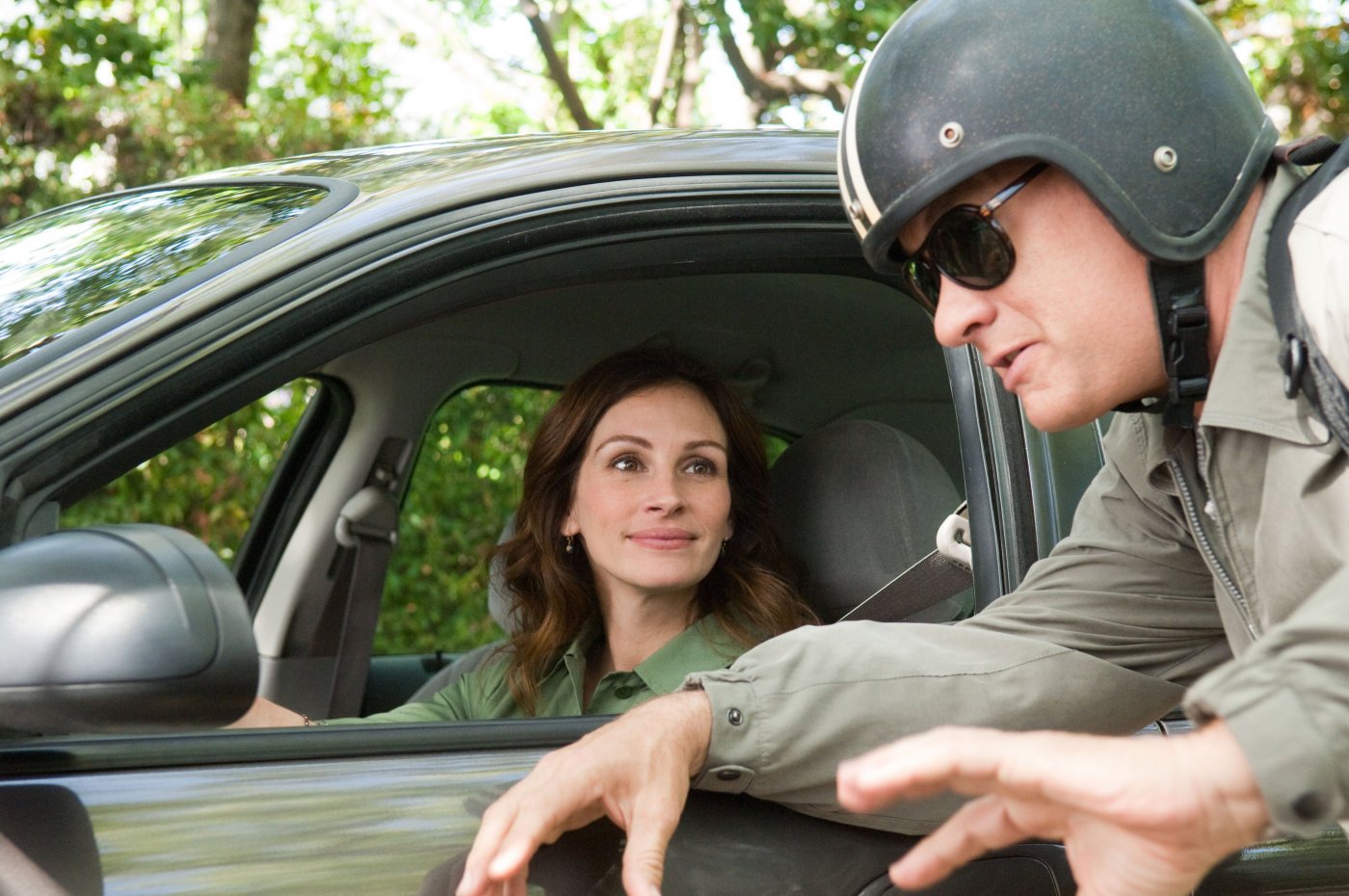 Hanks wants to tap into the zeitgeist of the era—Larry is just another hard working citizen upended in the culture of economic instability and career turmoil—but the script (co-written with Nia Vardalos, who has a way of softening any material to inoffensive mush) lacks any sense of gravity. Hanks has too much moxie to let little things like unemployment and an underwater mortgage get him down and good old Larry lets go of everything with so little anxiety that it’s like he was never invested in the first place.

What the film has going for it mostly is the company. Larry is so unthreatening that the cutest girl in school (Gugu Mbatha-Raw) makes him her new BFF, much to the frustration of her would-be boyfriend (Wilmer Valderrama), and he ends up charming the entire motor-scooter club. That’s right, it’s community college and these guys zip around on buzzing little scooters. That’s how this film rolls.

Julia Roberts banters with Pam Grier between classes. Add to that George Takei having a ball as an economics professor with a flair for theatrics and Holmes Osborne as the glad-handing college dean, and you’ve got a pretty likable group of folks to spend time with. (There’s also Cedric the Entertainer and Taraji P. Henson, but he’s just doing Cedric shtick and she’s simply not given much of anything to do). The problem is, it doesn’t feel like a movie as much as highlights from a season of TV: Community as a gentle, heartwarming tale of a man rediscovering his potential. It’s Hanks and company that make it work as well as it does.

The DVD and Blu-ray, with a featurette, deleted scenes a “Fun on the Set” montage of behind-the-scene footage. And yeah, I have no doubt that this was a fun set to be on.