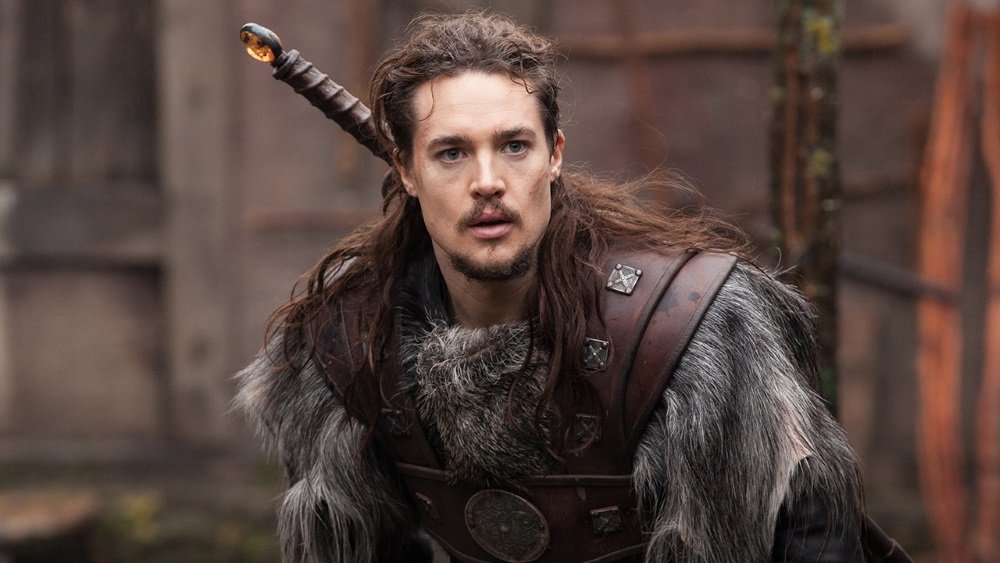 The Last Kingdom: Season 1 (2015), based on the first two novels in Bernard Cornwell’s “The Saxon Stories” series of historical novels, retells the story of King Alfred the Great, the ninth century Saxon King of Wessex, through the eyes of Uhtred of Bebbanburg (Alexander Dreymon). Born a Saxon but captured and raised by a Danish warrior, Uhtred is a man between two worlds. Blamed for the massacre of his Danish family (who are murdered by another Danish clan) and cheated out of his rightful Saxon heritage by his uncle, he pledges his loyalty to Alfred (David Dawson) to defend Britain against the invading Danish forces and seals his pledge with a marriage to a Christian woman, Mildrith (Amy Wren).

A mix of historical and fictional characters, The Last Kingdom presents the birth of Britain as an uneasy alliance between the Christian Alfred, the sickly but learned and wise youngest son of King Aethelwulf, and the pagan peoples who identify themselves as neither Dane nor Saxon but simply Britons. It features a contemporary perspective on faith and religion, which imposes its own intolerance on the kingdom (and especially on Uhtred, a steadfast pagan who refuses to observe Christian rites), but it also allows for complex characters who see beyond religion, including Alfred, whose anemia is cured and dying infant son saved by a pagan “sorceress” and healer (Charlie Murphy).

The BBC series (which played on BBC America in 2015) is a handsome period production that tells a busy story of betrayal, vengeance, romance, conspiracy, loyalty, and a nascent sense of patriotism to the British kingdom represented by Alfred, and presents a realistic portrait of life in the dark ages and lavish battles that illustrate the tactics of medieval warfare. Matthew Macfadyen and Rutger Hauer co-star in the first episode as honorable Saxon and Danish elders, respectively. A second series has been announced for 2016.

Pingback: What to watch: 'Stranger Things' debuts on Netflix plus more on Prime, Hulu, and Netflix - Stream On Demand
Comments are closed.