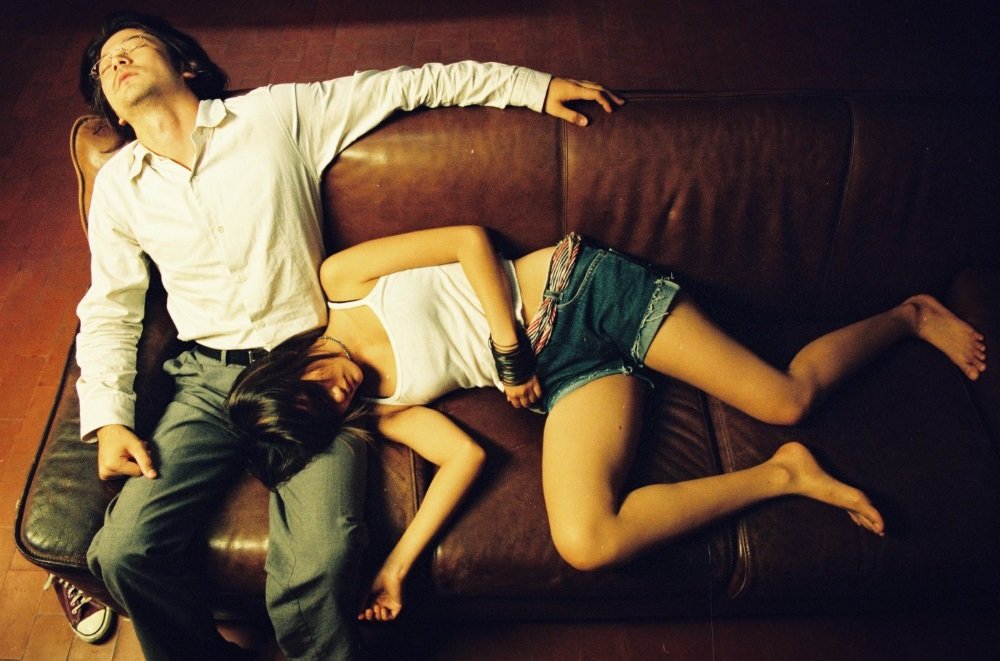 In the enigmatic, hypnotic Last Life in the Universe (2004) from Thailand, Asano Tadanobu is a meek Japanese librarian in Bangkok who has fastidiously transformed his apartment into an oasis of calm and order. He plans to complete the transformation with his suicide, but fate (or merely conflicted self-preservation) keeps him alive when he kills a Yakuza hitman (a cameo by Riki Takeuchi) in an act of pure reflex and (after meticulously stacking the corpses in his defiled sanctuary) and flees, taking temporary refuge in the wild, overgrown tangle of a rural coastal home belonging to a Thai woman (Sinitta Boonyasak). It’s a comic mismatch directed with discreet compassion. The obsessively neat Japanese man finds an odd peace in the Thai woman’s anarchy (which he, of course, quietly cleans up) and a kindred soul in the woman who, like him, is simply trying to escape from everything that hurts.

The fourth film from Pen-Ek Ratanaruang might technically be classified as a gangster film, with its Yakuza killers and gangsters on the run but it’s a study in stillness, a serene and introspective film punctuated with jolts of sudden violence, suicide fantasies, and flashbacks to the life that won’t be left behind. Even the violence has a meditative, melancholy quality to it. Ratanaruang finds a sympathetic collaborator in cinematographer Christopher Doyle, who brings cool, calming colors and a strong visual steadiness to both the order of the obsessively neat Japanese apartment and the messy inertia of the rural home. It’s a comic mismatch directed with discreet compassion and it casts a spell broken only by the end credits.

It’s not available on Netflix or Amazon and you can’t rent it on iTunes.

Find it on Fandor here.

Fandor is a smaller streaming service that specializes in independent, foreign, and festival films. If you are interested in trying it out, Fandor offers a free trial period. Full disclosure: I also contribute to Keyframe, the web magazine / film blog of Fandor.

Also on DVD:
Last Life in the Universe [DVD]