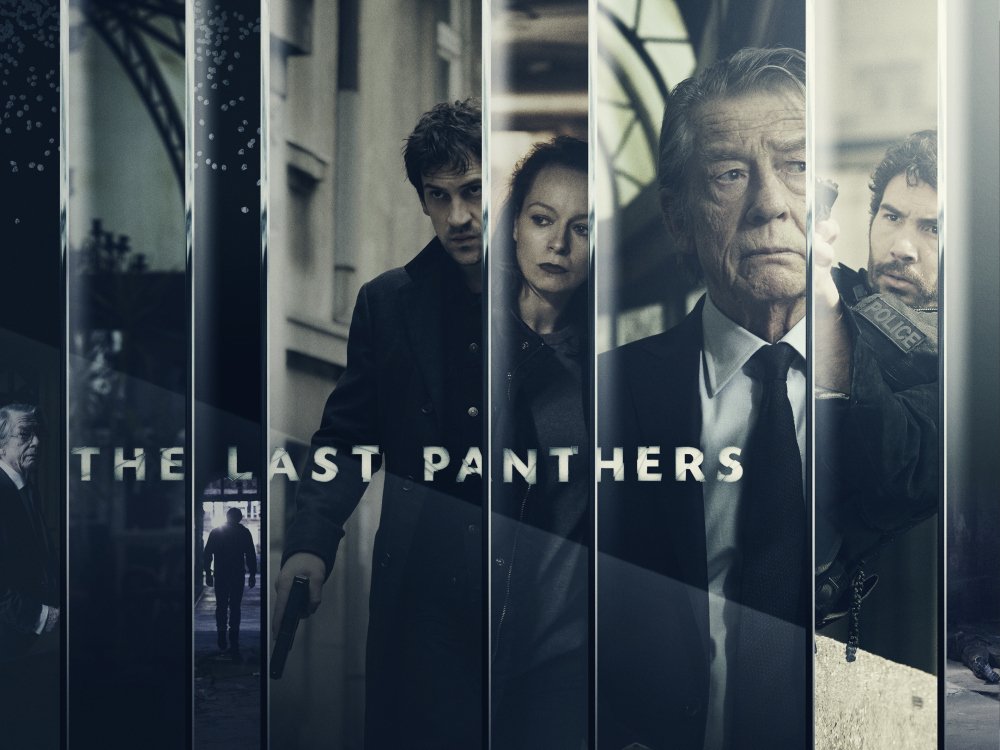 The Last Panthers (2015) are the final incarnation of the infamous international network of jewel thieves formed by criminals and soldiers of fortune from Bosnia, Croatia, Macedonia, Montenegro and Serbia.

The Pink Panthers are indeed real but this TV mini-series is fiction, a sprawling story that opens on a jewel heist in the French port city of Marseilles, where the gang executes a daring daylight robbery but accidentally kills a little girl in their getaway (a first for a gang that pointedly does not kill anyone in their heists). While they flee to Serbia to try to sell a fortune in diamonds that have become too hot to handle, a British insurance investigator (Samantha Morton) tracks their movements and a driven French-Algerian cop (Tahar Rahim) goes rogue to shake up the underworld and trace the guns used by the gang.

What begins as a crime thriller gets tangled in international politics, corporate corruption, criminal conflicts, and personal stories that reach back to the war in Bosnia, where Morton served with U.N. peacekeeping forces and was recruited by her boss and mentor (John Hurt), a man who keeps his endgame hidden from his investigators. It’s an intelligent, dense, demanding series that hopscotches all over Europe, shooting in five countries and three languages (French and Serbian scenes are subtitled), and for one episode jumps back in time, and it is more grim and violent than most British shows as it delves into the underworld in both France and Serbia and the war in Bosnia. The six-part, five-hour show is co-production between British Sky Broadcasting and Canal Plus in France and ran on the Sundance Channel in the U.S.

Also on DVD and Blu-ray with five short featurettes.
The Last Panthers [DVD]

Pingback: What to watch: Miles Davis, a superhero smackdown, a Norwegian 'Wave,' and a Colombian 'Serpent' - Stream On Demand
Comments are closed.