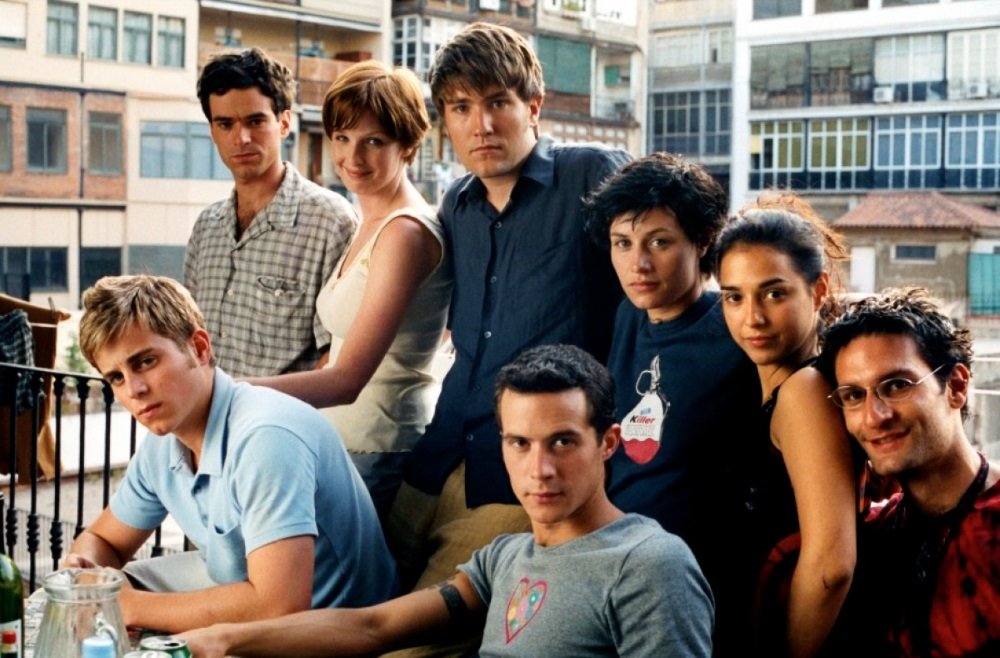 L’Auberge Espagnole (2002) could be the official film of the international student exchange program. French filmmaker Cedric Klapisch takes the old clichés of culture clash, college roommate chaos, and a young adult’s education outside the confines of the classroom and turns it into vision of the then-new European Union as communal household.

Xavier (Romain Duris), a play-it-safe student with the carefully ordered life in Paris, is headed straight for a corporate future. He’d just as soon stay comfortably on home soil, but on the advice of a finance professional he takes a year of study in Barcelona to learn the language and the economy. He has no idea of the education that awaits him when he moves in with a handful of attractive, ebullient, easy-going college kids from all over Europe in a communal apartment that hums with friendly chaos, and discovers everything he’s been missing in the tight control of his life.

That’s where Klapisch shines: Where so many odd couple type movies make a big deal about overcoming differences, this community finds its balance with an easy effortlessness. It’s only when sour notes sound off—Xavier’s equally well-ordered girlfriend (Audrey Tatou), who finds it “a major drag,” and a boorish visiting Brit who apparently learned cultural sensitivity from Monty Python—that the harmonies become apparent.

Klapisch doesn’t make a big deal of any of it. As in his breakthrough film When the Cat’s Away, the director’s strength lies in his warm portraits of community and family relations and the quiet insights of his characters. Xavier’s odyssey is really a journey to the person he never knew he was.