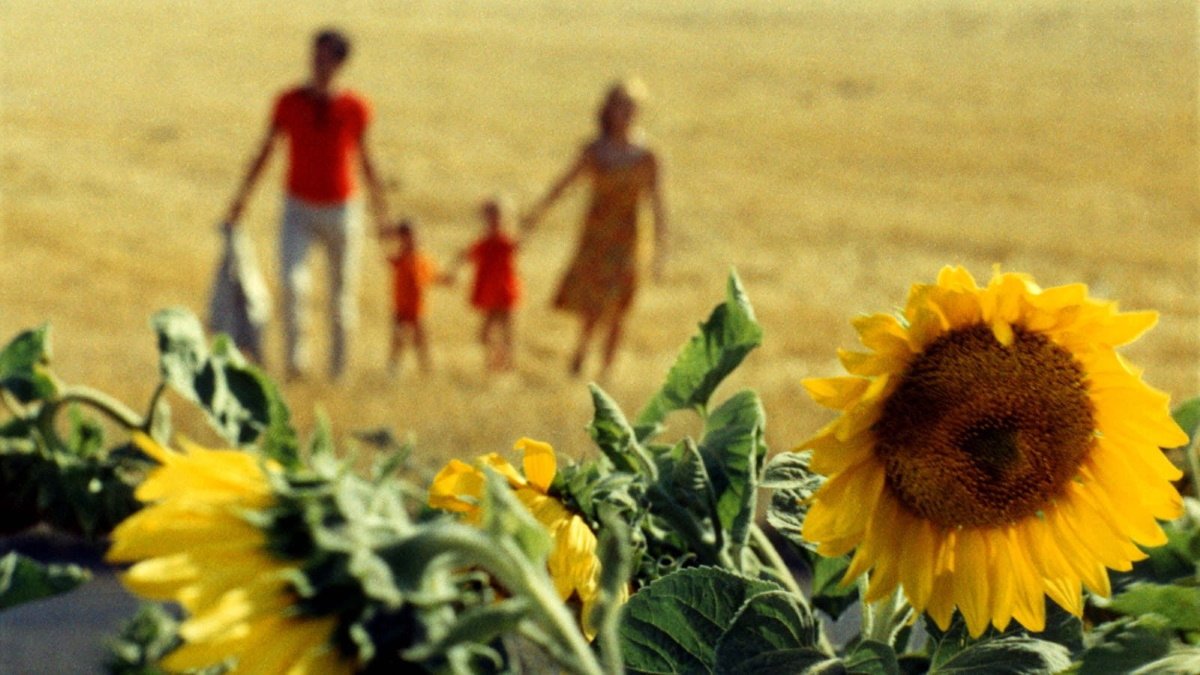 Le Bonheur (France, 1965), a lovely tale of a tragic love triangle in the Paris suburbs, looks like an impressionist painting come to life.

A young carpenter (Jean-Claude Drouot) with a loving wife (Claire Drouot) and family falls for a pretty postmistress (Marie-France Boyer). To his bohemian philosophy it’s perfectly natural to enter into an affair because it will only increase his happiness, but his wife is not so understanding.

Agnès Varda creates a strange tension between her happy, smiling characters in their sun-drenched Eden. The delicately hued colors of the picturesque French countryside suggests an impossibly idyllic existence belied by the churning drama underneath. The melodrama and emotional storm plays out in that paradise, even transforming tragedy into an oddly happy ending. Varda observes it all from a cool distance, neither judging them nor encouraging.

The playful style echoes her French New Wave compatriots with startling flashcuts, out of focus portraits, and silly wordgames played by both the characters and the director. But her aloofness creates a disconnection between the characters and their actions, as if they are not really responsible for the tragedies of their lives.

It was controversial at the time of its release but is hardly shocking today. I consider it one of the most texturally beautiful films of the 1960s and a work that still offers a troubling but tantalizing dissonance.