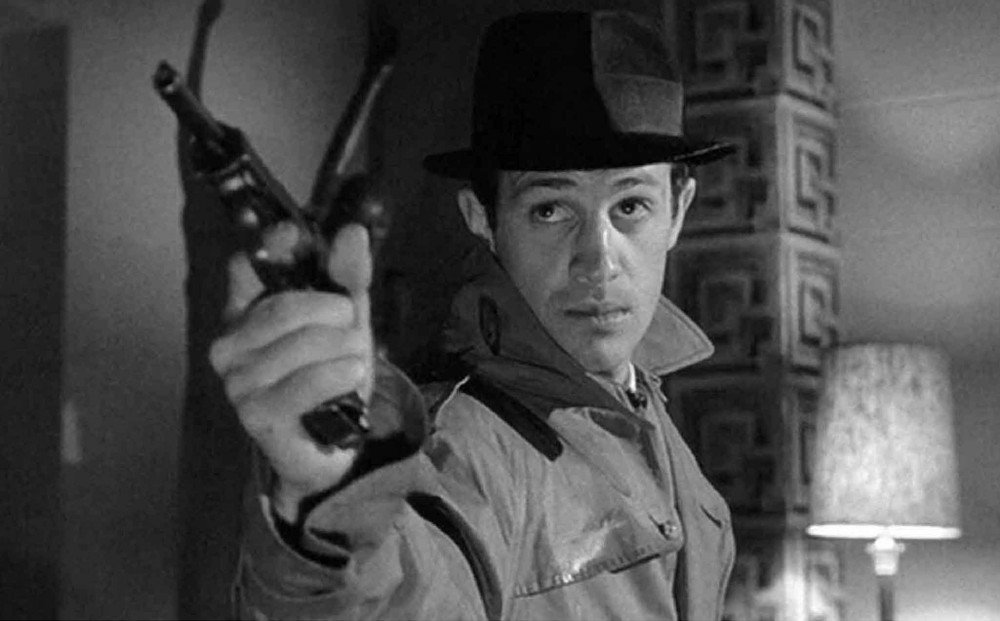 If classic French cinema is any indication, then gangsters were the great Gallic underground hero. Where the prototypical American gangsters are invariably cultural outsiders and immigrants who muscle their way to power in sprays of bullets, their French counterparts are dapper men with a code of loyalty who walk the tightrope between respect and disrepute. Wearing great hats and trenchcoats like a uniform and only rarely resorting to violence, the French gangster is more like an American private eye than the violent thugs of Scarface and White Heat.

Jean-Pierre Melville practically remade the genre in his own tough image in a series of cool, meticulously plotted movies. Le Doulos (1962), Melville’s cool, often cruel classic adapted from Pierre Lesou’s novel, falls between the playful riffing of his breakthrough film Bob le flambeur and the exacting perfection of his existential masterpiece Le Samourai.

Jean-Paul Belmondo, the reckless gangster hero of Jean-Luc Godard’s landmark Breathless, plays a smiling underworld informer named Silien. With his funny, full-lipped face, and leading man charisma, he’s charming and disarming one minute, cunning and sadistically violent the next, a wild card who brings a little humor into Melville’s criminal universe. When his friend Maurice (Serge Reggiani, a memorable presence with a striking hang-dog face) suspects Silien of betraying him to the cops, Silien goes looking for the true informant even as Maurice plots his revenge.

Melville’s skewed morality tale is a ruthless riff on the criminal code and the chaos that erupts whenever it’s betrayed. He takes an almost sadistic delight in Silien’s machinations but also turns the other way when it suits his purpose, leaving niggling thematic details that don’t quite connect but create a savagely murky moral center.

There’s an exactness to his meticulous plotting and a calm in his style in this deliciously dark film noir. Nothing is as it seems in Le Doulos, a B&W fantasy of cops and crooks and elegant living on the edge of destruction, where male friendship trumps romance and loyalty tops all. Watching the dominoes fall is only half the fun: there’s a fate at work that squares all debts, a symmetry of doom that no one constructs more lovingly than Melville.

Also on Blu-ray and DVD and on SVOD through Amazon Video, iTunes, GooglePlay, Fandango, Vudu and/or other services. Availability may vary by service.
Le Doulos [Blu-ray]

The Blu-ray and DVD from Kino Lorber presents a new 4K restoration with commentary by Film Historian Samm Deighan, an interview with First Assistant Director Volker Schlöndorff, the documentary Birth of the Detective Story Melville Style, and a trailer. The earlier Criterion DVD features commentary, new and archival interviews, the original trailer and a booklet with an original essay.