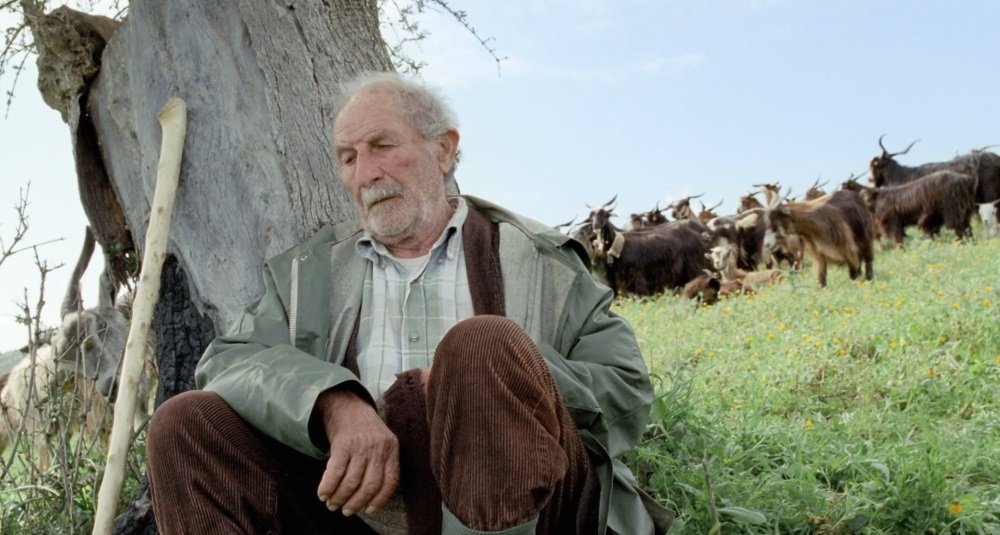 Michelangelo Frammartino’s contemplative Le Quattro Volte (2010) from Italy is a meditation on the mysterious cycles of life inspired by the “four-fold transmigration” of souls that Pythagoras proposed: the soul passes from human to animal to vegetable to, eventually, the eternal. But don’t let that scare you off. This wordless journey is closer to poetry than documentary.

The title translates to The Four Times in English.

It won two awards at the Cannes Film Festival.

Not rated, no spoken language.