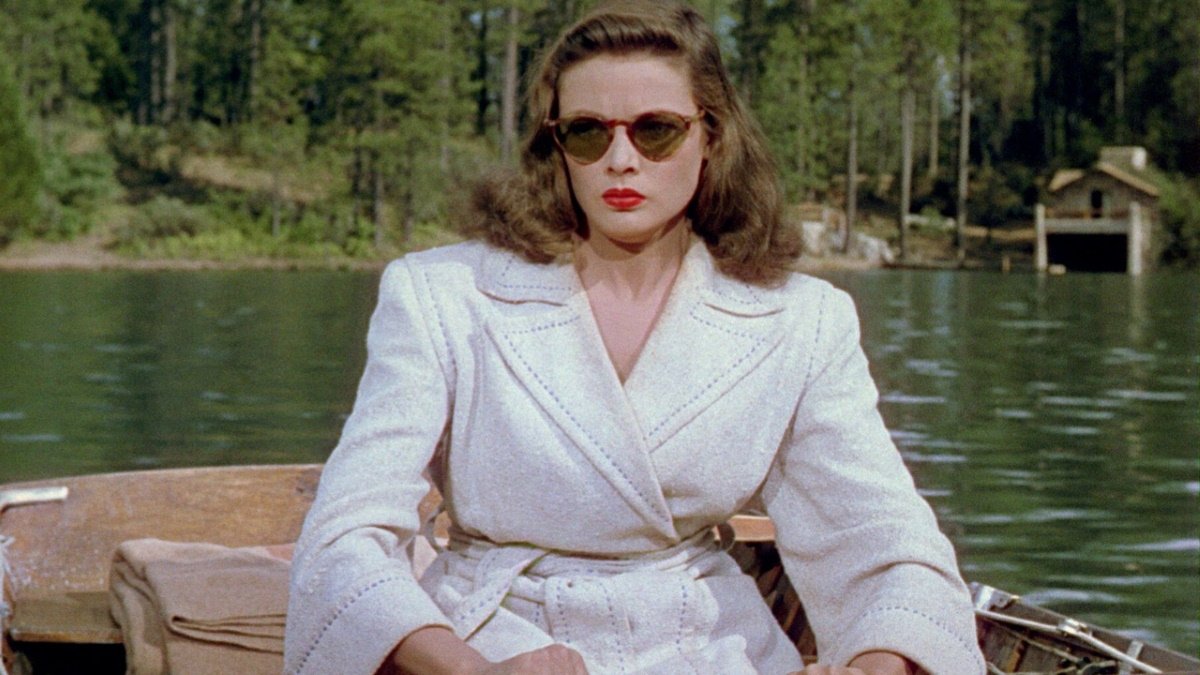 When Ellen (Gene Tierney) and Richard (Cornel Wilde) first meet as strangers on a train, a passionate romance ignites in an idealized world of the rich, successful, and photogenic. But, as in Hitchcock’s Strangers on a Train, one of them proves to be cold-blooded, obsessive, and pathologically vindictive.

Part Technicolor film noir and part dark romantic melodrama with a psychotic beauty at its center, John Stahl’s gorgeous Leave Her to Heaven (1945) is the original Fatal Attraction as a lush melodrama in a picture-perfect world of affluence, success, and comfort. It offers up a magazine-cover vision of the good life in rich, saturated hues, and then watches it become poisoned by the toxic jealousy of Ellen.

Cornel Wilde, usually a serviceable stiff, is well used as the bestselling novelist living his own pulp melodrama when he falls hard for Tierney and she jealously removes everyone in his life who has a hold on his affections. For a man who writes about human emotions and relationships, his blind to the reality of his own idealized love affair.

Tierney, however, drives the film with the most intense and nuanced performance of her screen career. Her Ellen is introspective and mysterious, athletic and smart, and Tierney makes her almost too-perfectly polished and poised and confident, with a competitive streak that can get ruthless. It’s a rare chance at a dynamic, complex character for Tierney and, under Stahl’s direction, she creates a tension between Ellen’s driving need to have Richard all to herself at whatever cost and a sympathy for her psychological affliction with suggestions of vulnerability in the margins of the melodrama. Stahl pushes the melodrama to sociopathic extremes and elevates the character from heartless femme fatale to tortured (but deadly) soul.

The film deservedly won the Oscar for Best Color Cinematography. The light from Leon Shamroy’s photography caresses Tierney’s perfect cheekbones and the color glows on the screen. It was added to the National Film Registry in 2018.

The Criterion Collection 2K restoration on Blu-ray and DVD includes a superb 22-minute interview with Imogen Sara Smith and an essay by Megan Abbot.

The original Fox DVD and the Twilight Time Blu-ray (now out of print) features commentary by costar Darryl Hickman and film critic Richard Schickel, “Movietone News” footage from the premiere and Oscar presentations, and the original trailer.