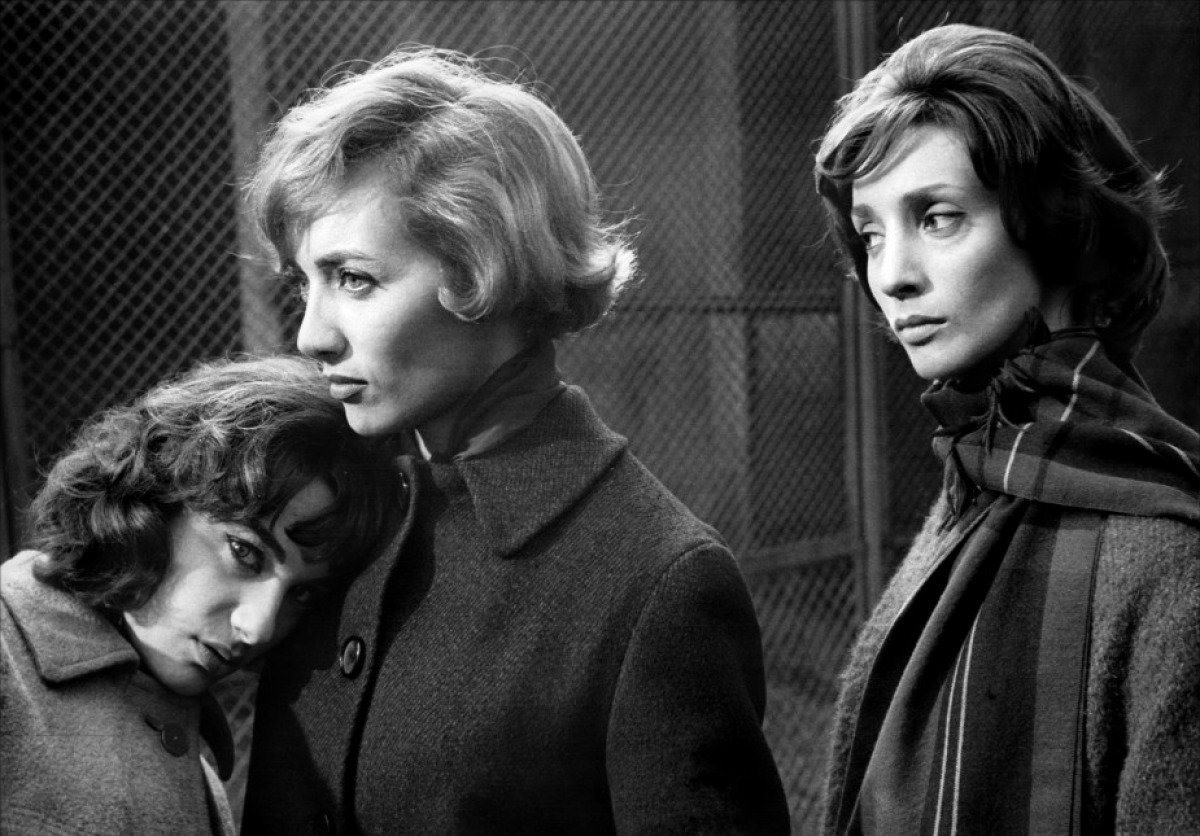 The “bonnes femmes” of Claude Chabrol’s Les Bonnes Femmes (1960) are four shopgirls at a small appliance store in Paris.

Good time girl Bernadette Lafont spends her nights in empty flirtations with boorish womanizers, social climbing Lucile Saint-Simon withers under the disdainful gaze of her boyfriend’s haughty parents, seemingly confident Stephane Audran secretly follows her dream of singing on the stage (and loses her composure when she recognizes her friends in the audience), and demure Clotilde Joano holds out for the romantic notion of pure, innocent love. It’s her story that Chabrol favors when she comes under the gaze of a motorcycle riding stalker who finally reveals himself as shy, lovesick suitor, a prince charming in black leather.

Full of the off-handed energy and bustling, seemingly spontaneous bits of life that invigorates the French New Wave, this under-appreciated drama looks on the surface like a sweet character study. Dreams do not necessarily come true in Chabrol’s tawdry and brutal world, however. They work for a sleazy middle aged man (“I take pleasure in reprimanding little girls”) and with an aging woman cashier who keeps a “good luck” handkerchief that she dipped in the blood of a condemned murder, and his loose, episodic story offers a clear-eyed portrait of frustration and self-doubt. Directed with a breezy naturalism on the streets of Paris, there’s a fragile, sad beauty the drama as Chabrol holds out hope for these dreamers in a delicately melancholy coda.