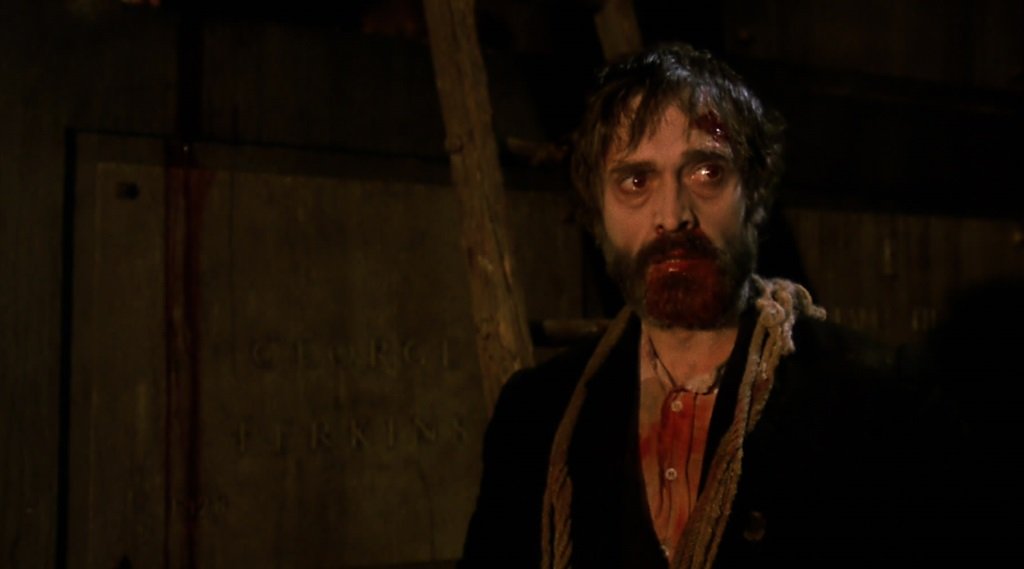 One of the best zombie shockers of the 1970s, Let Sleeping Corpses Lie (1974), also known as The Living Dead at Manchester Morgue and Don’t Open the Window, is a real international affair.

Inspired by George Romero’s genre-shattering Night of the Living Dead, this Spanish/Italian co-production was shot in the English countryside by a Spanish director (Jorge Grau) with a British star (Ray Lovelock), a Spanish leading lady (Christine Galbo) and an American character actor (Arthur Kennedy) playing a bitter Irish police detective (with only a hint of a brogue). He’s investigating a sudden rash of violent murders (“the work of Satanists,” he’s convinced) and closes in on a pair of newcomers to the sleepy Northern England town, long-haired antiques dealer Lovelock and his nervous traveling companion Galbo. Only they know the real culprits: newly deceased corpses revived by agricultural experiments in ultrasonic radiation that send them on a bloody rampage. They also turn newborns into vicious little monsters.

Grau delivers all the stumbling zombies and gory flesh feasts you could hope for in a 1974 movie, but more importantly he creates the rare zombie thriller that manages to be both scary and smartly done. Some of the twists are bit more far-fetched than others (why does dabbing blood on the eyes of long dead cadavers magically bring them to life, and how would a zombie even know to try?), but it’s a minor quibble in the face of the startling blood frenzy and Grau’s satisfyingly dark dramatic twists.

, iTunes, GooglePlay and/or other services. Availability may vary by service.
The Living Dead at Manchester Morgue [Two-Disc Special Edition DVD]

The Blu-ray and DVD from Blue Underground features interviews with star Ray Lovelock, special effects artist Giannetto De Rossi, and director Jorge Grau (“I hope you will suffer profoundly,” he jokes), and a “Back to the Morgue” featurette that revisits the locations with Grau, as well as trailers and TV spots among its supplements.