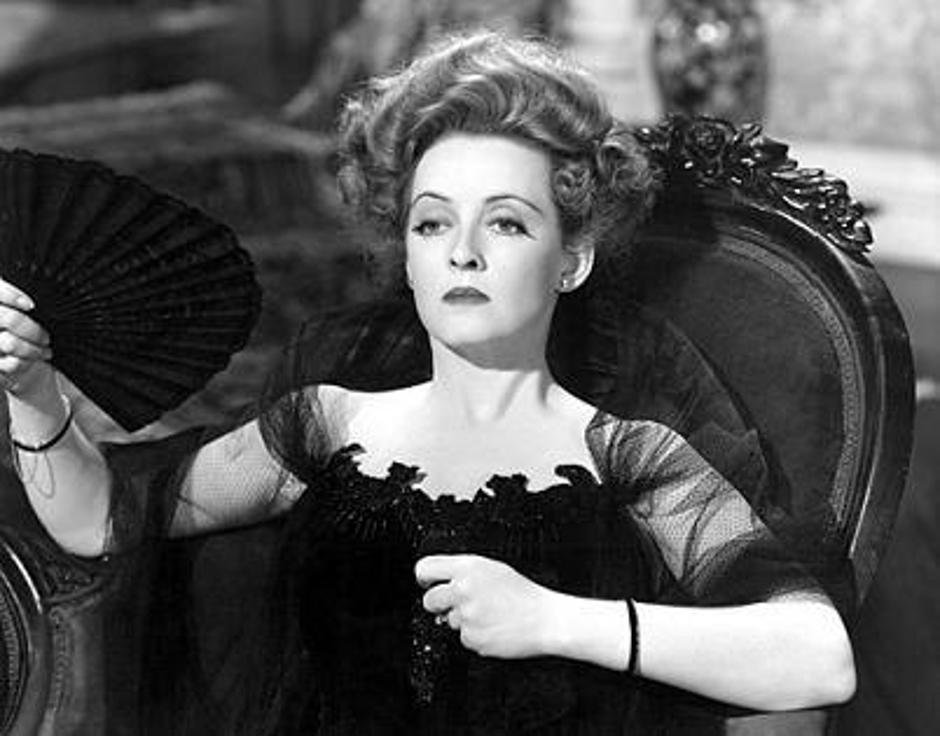 Bette Davis could freeze almost anyone with her icy stare, the practiced look of a woman who’s learned how to operate in the man’s world of business, in The Little Foxes (1941), director William Wyler’s film version of Lillian Hellman’s chilly play of greed and power in a Southern family on the edge of financial ruin.

The titular foxes are a particularly ravenous turn-of-the-century Southern moneyed clan, the Hubbards, and the most cunning of them all is the brilliant but ruthless sister Regina Giddens (Davis). In contrast to the manipulative Regina and her scheming brothers (Charles Dingle and Carl Benton Reid) is her guileless sister-in-law Birdie (Patricia Collinge in a delicately flighty performance) and her sickly, humanistic husband Horace (Herbert Marshall), whom she tolerates only for his money and position—until he stands in the way of a scheme which could bring her a fortune. Teresa Wright is the hope of the next generation as Regina’s thoughtful daughter Alexandre, who stands in marked contrast to her graceless, greedy cousin Leo (Dan Duryea).

It was the third and final collaboration between Davis and Wyler and their finest work together. It’s perfect material for the classical precision and dramatic control of William Wyler at the top of his craft in 1941 and the part of the ruthless Regina, the would-be matriarch battling her brothers and estranged husband for financial control, seems written with Davis in mind: hard, conniving, cunning. She’s chilling as the ruthless matriarch ready to sacrifice anything and anyone to turn around her failing family fortune.

Wyler’s longtime cameraman Gregg Toland, fresh from his groundbreaking work on Citizen Kane, fills the film with amazing deep focus compositions and razor sharp images, showing off the grandly handsome mansion set in all its old world splendor. But for all its beauty Wyler reveals it as a cold, lonely world ruled by a heartless woman. Hellman’s sharp dialogue glints like the edge of a knife, which ultimately cuts deep into the soul of this classic.

It was nominated for nine Academy Awards but came away empty. Then again, 1941 was a pretty competitive year. It was up against Citizen Kane, Sergeant York, The Maltese Falcon, and best picture winner How Green Was My Valley. That’s pretty good company.

Add to My Amazon Prime Watchlist or to My List on Kanopy, which is free through most public and college library systems.

, iTunes, GooglePlay and/or other services. Availability may vary by service.
The Little Foxes (DVD)