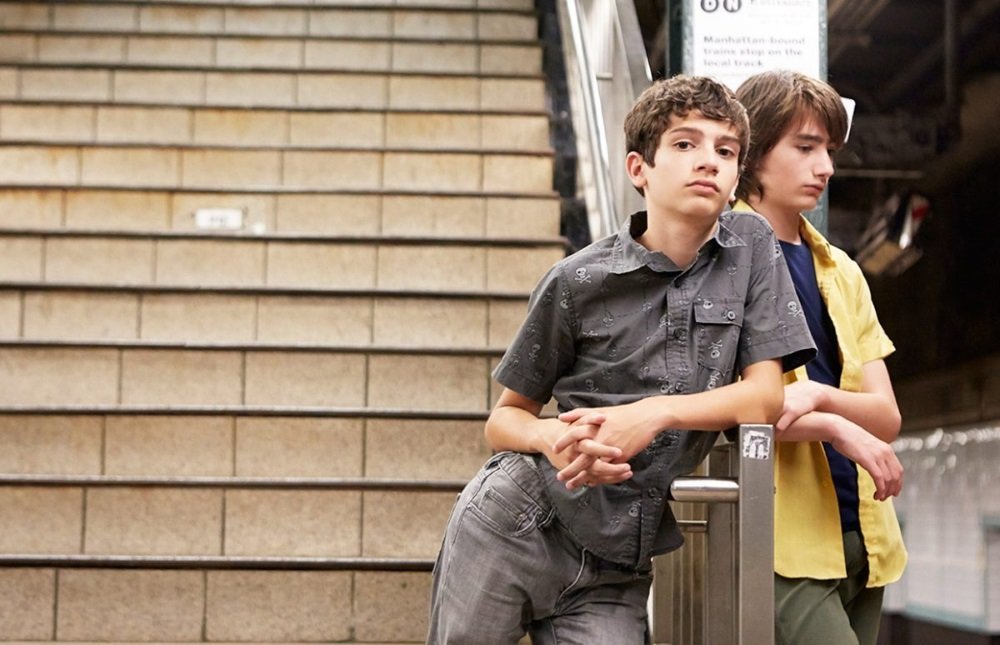 Ira Sachs has been consistently making marvelous small, intimate features about relationships challenged by the complications of the adult world for a good decade now. Little Men (2016) shifts the focus to two schoolboys from very different backgrounds who become best friends while their respective parents turn antagonistic. Shy, introverted aspiring artist Jake (Theo Taplitz) moves from Manhattan to Brooklyn when his financially-struggling parents (Greg Kinnear and Jennifer Ehle) inherit an apartment over a storefront commercial space leased by a dressmaker (the sublime Paulina García) and he becomes instant best friends with her son Tony (Michael Barbieri), a streetwise kid with acting aspirations. When the parents go to war over raising the rent of the business, the boys stage a strike, refusing to speak to their parents until they resolve things.

This is not a Disney movie with a teary resolution and all sins forgiven. Sachs is more interested in the nuances of relationships, the power of childhood friendship, and the contrast between the guileless commitment of the boys and the pettiness that creeps into what should be an honest discussion between the grown-ups but becomes a battle with the boys caught in the middle. Sachs’s films tend to get lost among the bigger, busier, grabbier movies dominating theatres, championed by film critics but underseen by audiences. The delicacy of his filmmaking can get lost on the small screen—this is not a film that can play in the background—but that same intimacy is also suited to at-home viewing if you can immerse yourself in the experience.

Also on DVD, with a featurette and casting session video of the two young stars Theo Taplitz and Michael Barbieri, and on SVOD through Amazon Video

and other services. Availability may vary by service.
Little Men [DVD]