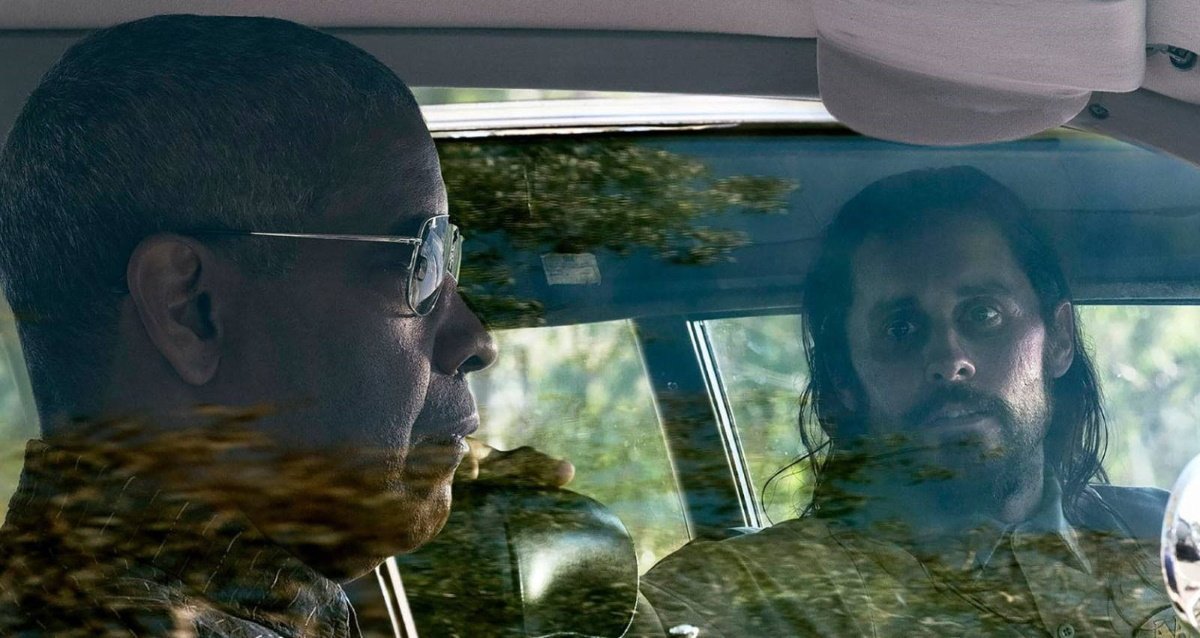 Denzel Washington and Rami Malek play police detectives whose hunt for a serial killer in 1990s Los Angeles tips into obsession in “The Little Things” (2021, R). Jared Leto costars in the psychological thriller from “The Blind Side” director John Lee Hancock, which was initially produced as a theatrical release and now debuts on HBO Max same day as theaters. Be aware: it streams for 30 days only. (HBO Max)

A young widow (Carey Mulligan) and a self-taught archeologist (Ralph Fiennes) in 1939 England embark on “The Dig” (2021, PG-13) when they excavate what turns into a major archeological find on the woman’s estate. Based on a true story, the understated British drama costars Lily James and Johnny Flynn and streams two weeks after its brief theatrical release. (Netflix)

Another true story, Australian drama “Penguin Bloom” (2021, not rated) stars Naomi Watts as Sam Bloom, a neuroscience nurse and mother of three left paralyzed after a near-fatal accident. Based on a memoir by Bloom, the film explores her emotional journey as she struggles to cope with her new reality. Andrew Lincoln, Jacki Weaver, and Rachel House costar. (Netflix)

International pick: Diane Kruger won the best actress prize at Cannes for “In the Fade” (Germany, 2017, R, with subtitles), an intimate thriller that plays out against the culture of white nationalism in Germany. (Amazon Prime)

Two Brooklyn-raised siblings connect with their Hawaiian heritage during a summer adventure in rural Oahu in the family-friendly “Finding ‘Ohana” (2021, not rated).

The four-part documentary “We Are: The Brooklyn Saints” (TV-14) follows a youth football program in inner city East NY, Brooklyn.

International passport: in the thriller “Below Zero” (Spain, 2021, not rated, with subtitles), a prisoner transfer van is attacked and stranded as the temperature plummets. Also new is the crime drama “50M2: Season 1” (Turkey, with subtitles) about a hitman on the run who attempts to start a new life as a tailor.

The great character actor Harry Dean Stanton takes his first and only leading role in “Lucky” (2017, not rated), a charming little character piece about a laconic old man confronted with his mortality.

International passport: Claes Bang is a museum curator mounting a controversial exhibit in “The Square” (Sweden, 2017, R, with subtitles), a dryly witty social satire set in the privileged world of high art and wealthy patrons that won the top prize at the Cannes Film Festival. Elisabeth Moss and Dominic West co-star. Also new:

“Notturno” (Italy, 2021, not rated, with subtitles) chronicles the lives of people trying to survive the civil wars and ISIS attacks in the Middle East. The documentary directed by Gianfranco Rosi is Italy’s official entry for 2021 Oscars.

A new special episode of the Emmy-winning drama “Euphoria” (2021, TV-MA) is now available.

Binge alert: the complete “Person of Interest” (2011-2016, TV-14), a mix of crime drama, conspiracy thriller, and AI science fiction created by Jonathan Nolan before he made “Westworld,” and “Babylon 5” (1993-1998, TV-PG), one of the smartest science fiction shows of the 20th century, are now streaming.

International passport: a French expatriate in Israel (Nadia Tereszkiewicz) is charged with her husband’s murder in the multinational thriller “Possessions: Season 1” (Israel/France, not rated, with subtitles). New episodes each Thursday.

Justin Timberlake is an ex-con who becomes an unlikely father figure to an abandoned boy in the redemption drama “Palmer” (2021, R). (Apple TV+)

The documentary “The Stand: How One Gesture Shook the World” (2020, not rated) explores the story behind the historic image of American runners Tommie Smith and John Carlos raising their fists at the 1968 Olympics.

Also debuting is the new restoration of the made-for-PBS labor drama “The Killing Floor” (1984, not rated), which won the Special Jury Prize at the Sundance Film Festival.

Two half-brothers meet for the first time when they inherit a failing hotel after their father’s death in “Réunions: Season 1” (France, with subtitles). All episodes now streaming. (Acorn TV)

The award winning drama “Martin Eden” (Italy, 2019, not rated, with subtitles), adapted from Jack London’s novel, follows the journey of a working class man from itinerate sailor to successful writer.

Both are available for a month only.