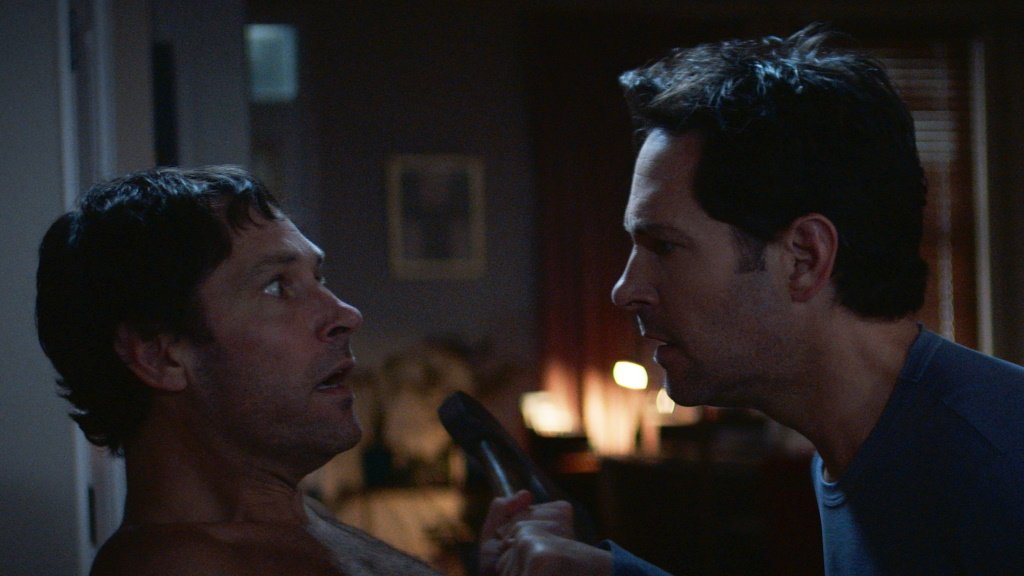 Paul Rudd stars as a depressed, middle-aged burnout who is replaced with a better version of himself in “Living with Yourself,” a Netflix original series that takes cloning to a level of existential absurdity. While the sad sack struggles to take back his life and his identity, the fresh, new version embraces every new experience with a glee bordering on bliss. Jonathan Dayton and Valerie Faris (” Little Miss Sunshine”) direct all eight episodes of the comedy created by “The Daily Show” producer Timothy Greenberg. Now streaming on Netflix.

The anthology series “Modern Love” explores love in its many forms—romantic, platonic, parental—through a series of otherwise unconnected short stories drawn from the popular column in “The New York Times.” Anne Hathaway, Dev Patel, Tina Fey, John Slattery, Andrew Scott, and Olivia Cooke are among the stars of the debut season, developed for Amazon by director John Carney (“Once”), who helms four of the eight episodes. Streaming on Amazon Prime Video.

New Halloween arrivals: Armie Hammer is a screw-up bartender targeted by dark spirits in “Wounds” (2019, R), costarring Dakota Johnson and Zazie Beetz (it comes to Hulu from the festival circuit), and a stricken child undergoes experimental treatments with terrifying side effects in “Eli” (2019, not rated), a Netflix Original Film starring Kelly Reilly and Lili Taylor.

Cult pick: Meat is precious enough to kill for in the deliciously black comedy “Delicatessen” (France, 1992, R, with subtitles), a cannibal farce with a science fiction setting and surreal sense of humor. Co-director Jean-Pierre Jeunet went on to make the hit romantic comedy “Amelie.” Streaming on Amazon Prime Video.

In “Crawl” (2019, R), a young woman and her injured father (Kaya Scodelario and Barry Pepper) are trapped in the crawl space of their Florida home with a vicious alligator during a raging hurricane with rising floodwaters. Alexander Aja directs this modern drive-in horror. Also new:

New documentaries this week include “Liam Gallagher: As It Was” (2019, not rated), which follow the former Oasis frontman as he embarks on a solo career;

Available same day as select theaters nationwide is “Miss Virginia” (2019, not rated), a based-on-a-true-story drama starring Uzo Abuda (“Orange is the New Black”) as a single mother challenging the system.

Jim Carrey takes a dramatic role in the crime drama “Dark Crimes” (2016, R) as a police detective on the trail of a brutal killer.

International TV: “The Yard: Season 1” (aka “Avlu”) (Turkey, with subtitles) is a Turkish version of the Australian prison drama “Wentworth Prison.” Also new:

Streaming TV: Eddie Albert is a New York lawyer who buys a run-down farm in the rural burg of Hooterville and Eva Gabor is his socialite wife in “Green Acres: Complete Series” (1965-1971), a goofy sitcom with cornpone humor.

Tessa Thompson and Lily James are estranged sisters reunited after the death of their mother in “Little Woods” (2019, R), a drama set in the opioid crisis of the American Midwest.

A young woman fights an alien invasion in “Starfish (2018, not rated), an indie science fiction film with an experimental approach.

Charlize Theron and Javier Bardem are aid workers in a war-torn African country in “The Last Face” (2017, R), directed by Sean Penn.

True stories: “Toni Morrison: The Pieces I Am” (2019, PG-13) honors the great American author with a deep dive into her life, her work, and her legacy.

True stories: “Liberty: Mother of Exiles” (2019, TV-14) looks at the history and legacy of the Statue of Liberty.

The original documentary “Sid & Judy” (2019, TV-14) looks at the life of Hollywood icon Judy Garland through the eyes of her manager and third husband Sid Luft.

A wife and mother in 1920s Sicily tries to give her family a better life in New York City in “The Promised Life” (Italy, 2018). The first season debuts in the U.S. on Acorn TV.

“Professor T: Season 1” (Germany, with subtitles), a murder mystery about a strange but brilliant criminologist (Matthias Mattschke) who helps the police in their most challenging cases, and “Dicte: Season 1” (Denmark, with subtitles) starring Iben Hjejle as a mystery-solving crime reporter are new to MHz. New episodes arrive each Tuesday.

Jacques Tourneur’s film noir masterpiece “Out of the Past” (1947) with Robert Mitchum and Jane Greer and frontier drama “Stars in My Crown” (1950) with Joel McCrea (the director’s personal favorite) are new this month, joining the filmmaker’s horror classics “Cat People” and “I Walked With a Zombie” (featured in last week’s roundup).