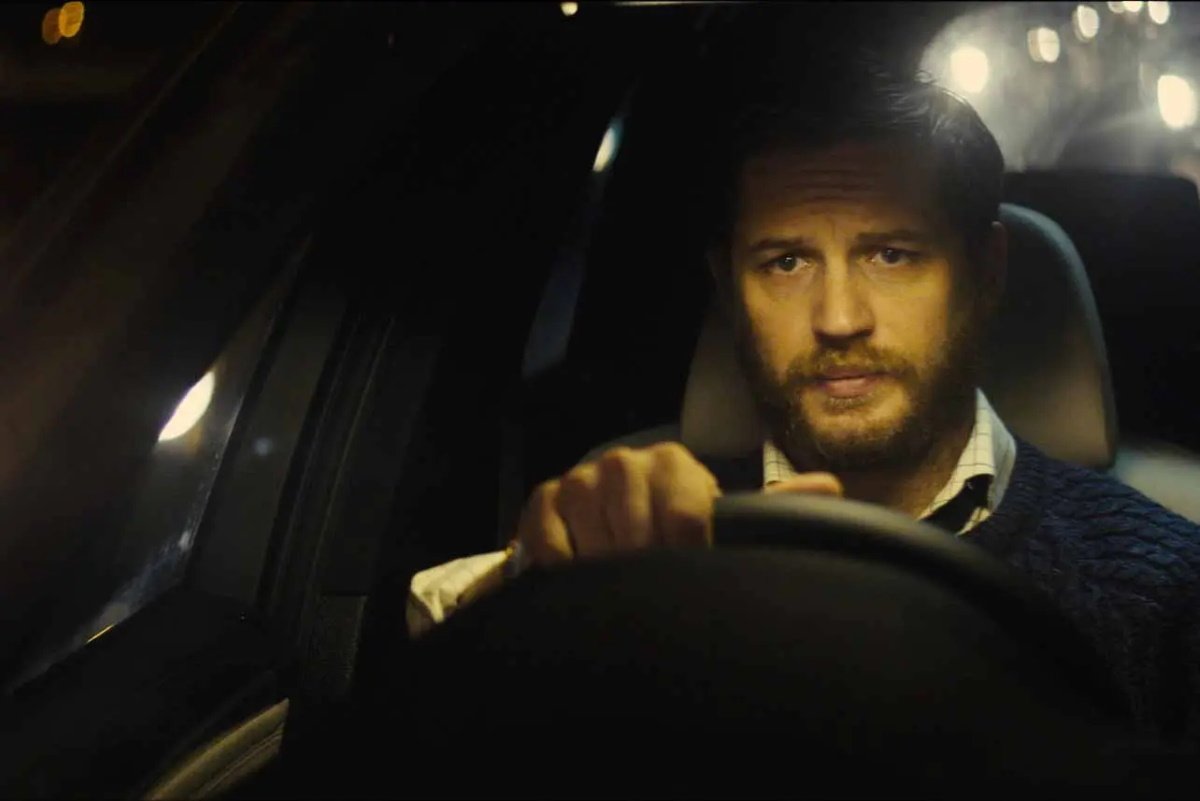 Locke (2013), on its surface, sounds like one of those high-concept / stunt thrillers and horror films that sprouted up like weeds sometime into the 2000s. It is one actor in a car, driving alone in a stretch of freeway at night, talking to the people in his life through phone calls (hands free, of course; the man is nothing if not responsible).

Except that Locke is not a crime drama or a horror film; there are no villains on his trail or masterminds toying with him by phone. Locke is about a man who, in the space of a 90-minute night drive from a construction site in Birmingham to a London hospital, makes a decision that defines his character and changes the course of his life forever. There’s no twist to the narrative, no shocking revelation, but the meaning of his journey is best discovered along the way as Ivan Locke (Tom Hardy)—husband, father, construction manager—explains it to his family and colleagues.

Tom Hardy is in the driver’s seat, literally and figuratively, for the entirety of the film, and there’s nothing showy in his measured, introspective journey. While those on the end of his phone calls—a wife on the verge of hysteria, nervous sons aware that something is wrong, a construction foreman suddenly promoted to take charge of the biggest concrete pour ever attempted in the UK—unravel at the news, Locke remains calming and deliberate while in conversation and struggles to hold himself together in between calls as he confronts the consequences of his decision.

British filmmaker Steven Knight wrote the tough, lean, uncompromising scripts for Dirty Pretty Things and Eastern Promises. Locke is just as uncompromising, but what’s at stake here is the measure of a man faced with a difficult decision. Knight finds ways to keep the journey from getting dull or claustrophobic with the camera finding new set-ups within the confined space of the car, watching Locke in reflection or lit up by passing cars and overhead lights; imagery that reminds us of the transience of his situation, a man alone in a river of anonymous travelers.

But it’s the personal journey that makes Locke, a terribly human story about one man who refuses to shirk his responsibility no matter what it costs to his career, such and emotionally powerful drama.

Olivia Colman, Ruth Wilson, Andrew Scott, Bill Milner, and Tom Holland are among the actors on the other side of the phone conversations.

Also on Blu-ray and DVD and on SVOD through Amazon Video, iTunes, GooglePlay, Vudu and/or other services. Availability may vary by service.
Locke [Blu-ray]
Locke [DVD]