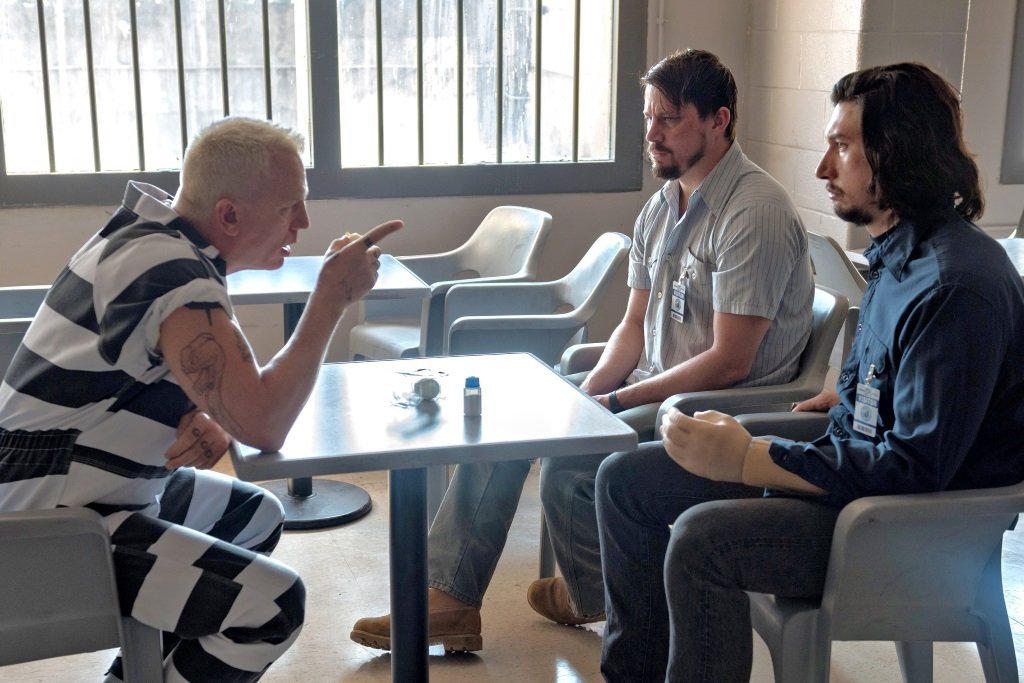 Four years after Steven Soderbergh’s “retirement” from feature filmmaking (he found a loophole by making Behind the Candelabra for HBO and creating and directing the cable series The Knick), he returned to the big screen with Logan Lucky (2017), a bouncy, deft, sweetly and cleverly comic heist picture about a pair of hard-luck brothers in West Virginia who rob a NASCAR track across the state line during the biggest race of the year with the help of family, friends, and a few dubiously reliable extra hands.

Channing Tatum is Jimmy, the high school football star whose college scholarship vanished with his pro prospects after blowing out his knee (he still walks with limp that Tatum somehow turns into a dance-like lilt), and Adam Driver his vet brother Clyde, who lost his left hand in Iraq and is now a melancholy bartender at a sleepy roadhouse. After Jimmy loses his construction job at the Charlotte Motor Speedway, he uses his knowledge of the underground tunnels to plan his big score, drafting their little sister Mellie (Riley Keough), a hairdresser with a sideline as a speed-demon driver, and local munitions expert Joe Bang (Daniel Craig), who is inconveniently serving time behind bars. Which turns out to be merely another complication to overcome. I mean, why not stage a secret jailbreak in the midst of it all?

Logan Lucky is the folksy, loping, rural Southern answer to the snappy, swinging, showbiz flair of Soderbergh’s Ocean’s 11 and sequels. Along with puzzle piece-plotting and multiple moving parts to Rebecca Blunt’s playful screenplay, which Soderbergh orchestrates with the same panache and sleight of hand he brought to his Vegas capers, it overflows with personality, colorful characters, and family warmth. Divorced dad Jimmy dotes on his spark plug of an adolescent daughter, who is being groomed by her status-conscious mom (Katie Holmes) as a child beauty pageant contestant, and banters with his brother between plot points. Joe Bang is the redneck MacGyver who concocts explosives out of 99 cent store items and improvises on the spot. Clyde has an almost nihilistic belief in the doom of anything the family embarks upon, yet jumps in to support Jimmy with everything he’s got.

On the surface these guys don’t appear to be the brightest bulbs in the storeroom but they manage to keep catching us off-guard as Soderbergh keeps us guessing as to where things are going. There are twists within twists, which Soderbergh delights in springing on us every step of the way. This doesn’t end with the heist—Hilary Swank kicks off the final act as an FBI agent who sniffs out the scent of the Logan family—but neither does it follow the classic heist movie rulebook. And like the Ocean’s films, you root for this underdog crew the whole way, even when you have no idea of the endgame.

Leaves Hulu on August 16. Add to My Stuff on Hulu.

Also streams free on Kanopy and on Hoopla, which are free through most public and college library systems.

, iTunes, GooglePlay and/or other services. Availability may vary by service.
Logan Lucky [Blu-ray]

The Blu-ray and DVD editions from Universal Home Video include a collection deleted scenes. The Blu-ray includes bonus DVD and Ultraviolet Digital HD copies of the film.