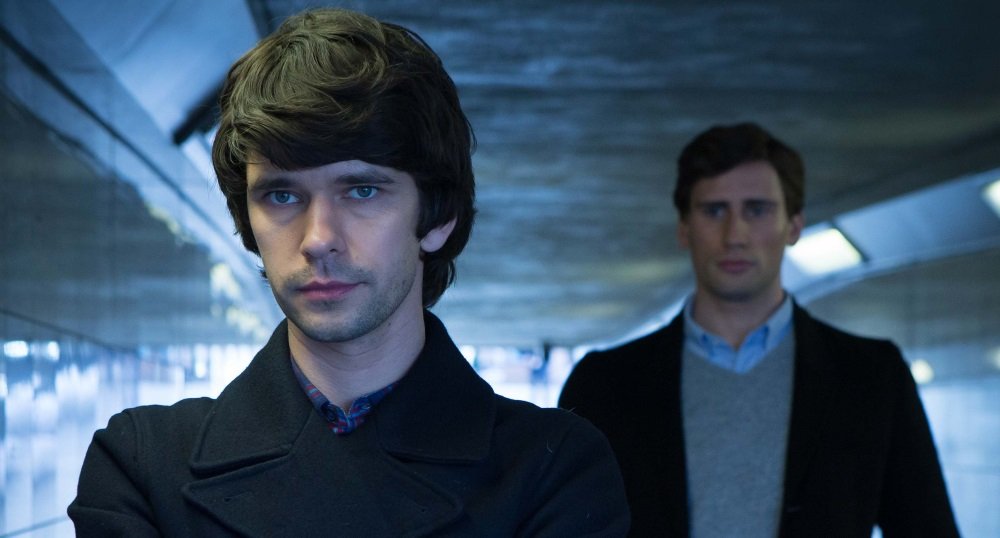 There is indeed a spy in London Spy (2015) but this BBC mini-series is not a traditional espionage drama.

Danny (Ben Whishaw) is a club-culture young gay man with a dreary day job who meets the closeted, emotionally suppressed Alex (Edward Holcroft), a genius with numbers but awkward with people. He’s an investment banker who works in a building with extreme security measures that suggests there’s something more going on in this urban fortress than simply financial planning. When Alex suddenly disappears Danny discovers a hidden life: Alex was a spy and Danny is convinced his death was staged as an accident of extreme sexual misadventure to implicate him. Though Alex is dead before the first episode ends, his ghost hangs over the show as Danny tries to make sense of it all and his friend Scottie (Jim Broadbent), a former MI-6 agent who was drummed out of the agency when his homosexuality was discovered, vows to help him find the truth and try to protect him with the help of a trustworthy old friend and colleague (Harriet Walter).

The spycraft is all offscreen, seen only in its devastating effects on Danny’s life, and drama is about the heartless destruction of innocent lives to protect embarrassing truths from coming to light and the sacrifices that individuals make out of love. Charlotte Rampling plays Alex’s secretive mother and her searing performance makes an indelible impression even though she’s only in two episodes and Mark Gatiss, Clarke Peters, and James Fox make brief but memorable appearances. The five-part miniseries is written by Tom Rob Smith and directed by Jakob Verbruggen, which gives the production a consistency and unity. It’s a superior production, a compelling story, and a touching portrait of devotion and justice in a world short of both.

, iTunes, GooglePlay and/or other services. Availability may vary by service.
London Spy [DVD]