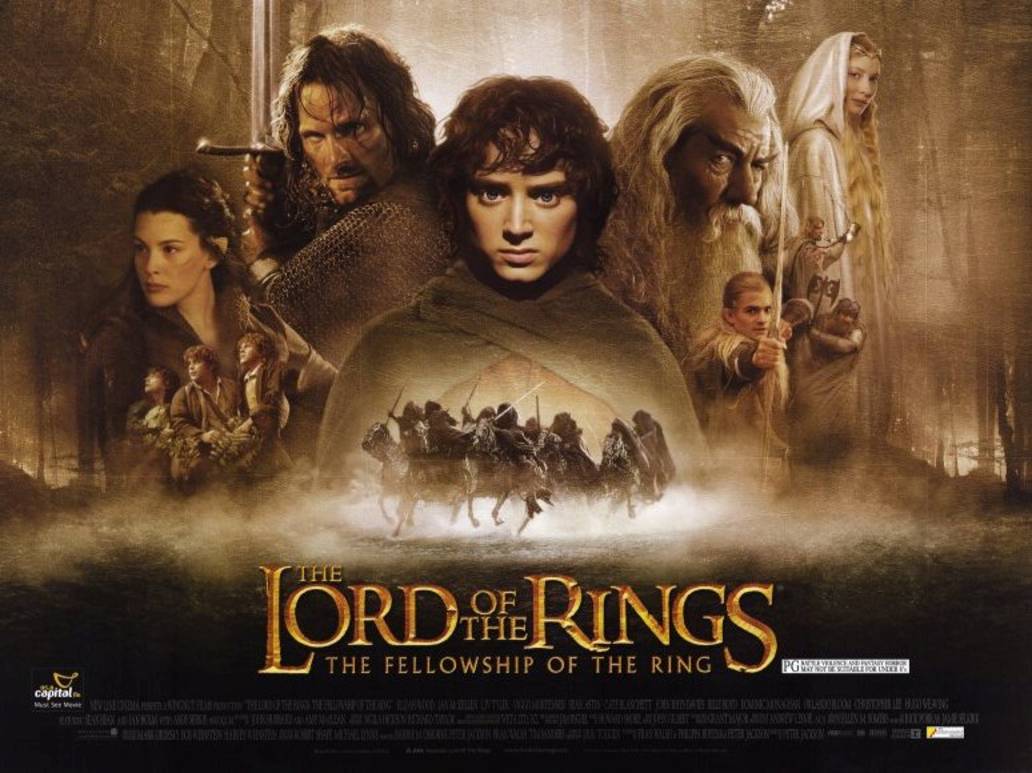 With The Lord of the Rings: The Fellowship of the Ring (2001), New Zealand genre film maverick Peter Jackson does the impossible: he makes a faithful, magical, thrilling, and—most importantly—compelling film version of J.R.R. Tolkein’s great cult fantasy epic.

Streamlining the complex story and wealth of detail from the novel, Jackson manages to introduce a magical collection of races in a fantasy world, a thousand year history, and dozens of characters and still create a well-shaped three-hour adventure about one young Hobbit’s destiny in the face of an army of evil. Ian McKellan is at once fatherly, mysterious, and just a little unpredictable as Gandalf the Gray, Viggo Mortensen brings a human vulnerability and torment to the novel’s uncomplicated hero Aragorn, and Elijah Wood centers the film with wide-eyed innocence and determined conscience as Frodo, the Middle Earth hick from the hills plunged into the wonders of a dangerous yellow brick road slowly turning black with the march of evil.

Perfectly cast and beautifully imagined (it won Oscars for cinematography, special visual effects, and make-up), it’s a dazzling epic on a mythic scale, but never once do the wonders of flaming Balrogs, hordes of bloodthirsty Orc warriors, the hell on Earth of Morder, or the heavenly grace of the Elvin treetop tribes overwhelm the soul of the odyssey.

It won four Academy Awards, including cinematography, and four BAFTAs, including best picture. It was added to the National Film Registry in 2021.

Also on Blu-ray and DVD (in both the theatrical version and an exclusive, expanded version for home video) and on SVOD through Amazon Video (theatrical

The Lord of the Rings: The Fellowship of the Ring (Two-Disc Widescreen Theatrical Edition) [Blu-ray]

The Lord of the Rings: The Fellowship of the Ring (Four-Disc Special Extended Edition) [DVD]

The Lord of the Rings: The Fellowship of the Ring (Two-Disc Widescreen Theatrical Edition) [DVD]

The Lord of the Rings: The Motion Picture Trilogy (The Fellowship of the Ring / The Two Towers / The Return of the King Extended Editions) [Blu-ray]

The two disc set theatrical version on Blu-ray and DVD features three behind-the-scenes documentary featurettes (“Welcome to Middle-Earth,” “The Quest for the Ring,” originally made for the BBC Network, and “A Passage to Middle-Earth,” originally made for the SCI-FI Channel), 15 featurettes originally created for lordoftherings.net (including interviews with cast members Elijah Wood, Ian McKellen, Viggo Mortensen, Liv Tyler, and others), a preview of Electronic Arts’ video game The Two Towers, Enya “May It Be” music video, extra DVD-ROM features, and trailers.

Peter Jackson released extended versions of all three films exclusively on Blu-ray and DVD. His exclusive, expanded version of The Fellowship of the Ring is presented on a deluxe four disc set with thirty minutes of footage not seen in theaters and two full discs dedicated to supplements (entitled, appropriately, “The Appendices”).

Jackson and his team haven’t simply plopped in cut scenes, they have completely rewoven the fabric of the film with more colors. There is still no Tom Bombadill, I’m afraid, but you’ll witness Elf Queen Galadriel bestow gifts upon the Fellowship in the single most important addition to film; it enriches the complex relationship between the dwarfs and the elves and it provides essential tools that will be used in the next films. Other scenes deepen the characters (most notably Aragorn, who reveals his long history with the elves when he visits his mother’s grave) and expand our knowledge of the races (the Hobbits witness the exodus of the elves in a magical scene). Mostly, however, Jackson expands the richness and grandeur of existing scenes: the Council of Elrond, the scenes in the Mines of Moria and forest kingdom of Lorien, and climactic battle and the breaking of the Fellowship. The longer version is just as smooth as the original (in fact the film was rescored to reflect the new shape and pace), and the expanded breadth works perfectly for home video: characters and relationships and story complexity play better than spectacle on the small screen. But don’t worry, there’s no shortage of spectacle either, and Jackson adds new special effects as well as new character scenes.

This new take on the movie is tossed about in four audio commentaries, each packed with artists eager to discuss their contributions. Director Peter Jackson and co-writers Fran Walsh and Philippa Boyens show a keen understanding of the differences between the printed page and the silver screen as they describe the dramatic choices and narrative changes in their screen translation, as well as the whys and wherefores of the scenes woven back into this expanded version. “The Design Team” (eight artists, including production designer Grant Major, costume designer Ngila Dickson, and conceptual designers Alan Lee and John Howe) and “The Production/Post-Production Team” (thirteen participants, among them producer Barrie Osbourne, cinematographer Andrew Lesnie, editor John Gilbert, composer Howard Shore, and various special effects artists) are intricately edited together from separate recording sessions (individually or paired) and they become dense audio documentaries. “The Cast” includes ten of the featured performers—Elijah Wood, Ian McKellen, Liv Tyler, Sean Astin, John Rhys-Davies, Billy Boyd, Dominic Monaghan, Orlando Bloom, Sean Bean, and Christopher Lee—with the boys clubs in the same room tossing remembrances (and jokes) back and forth and the others (McKellan, Tyler, Davies, Bean, and Lee) recorded separately and edited into the track. Apart from the insights of McKellan and Lee, it’s more fun than informative. In a brilliant piece of conceptual engineering, each participant is identified in super-titles whenever they begin speaking. It’s the only way to track the dozens of voices and it’s amazing that the technique hadn’t been used before.

The last two discs features over six hours of documentary coverage and dozens of stills galleries. Disc three, “From Book to Vision,” delves into the adaptation of the book, the design and construction of the world, and the planning of the film. Disc four, “From Vision to reality,” explores bringing the characters to life, a day in the life of a hobbit, the principal photography and stories from the set, the creation of scale and the illusion of size, and the creation of the sound design. The documentary featurettes can be browsed individually through your choice of menu designs—along with supplementary galleries of designs, artwork, and production photos, storyboard comparisons, multi-angle progressions, and multi-angle looks at the editing and special effects process—or they can be viewed as one epic documentary with the “play all” function. This may be overkill for the average viewer, but for true fanatics this well produced, amazingly detailed collection of supplements will be fascinating. Think of it as Peter Jackson’s own “Silmarillion.” The “Gift Set” also includes a new edition of National Geographic: Beyond the Movie (which includes two previously unreleased featurettes and a new photo gallery) and collectible cards, all in an elaborate box designed by Tolkien illustrator Alan Lee and featuring two Argonarth DVD-ends sculpted by Sideshow Weta (who also sculpted much of Middle Earth for the movie).

Also available in a box set with all three films.