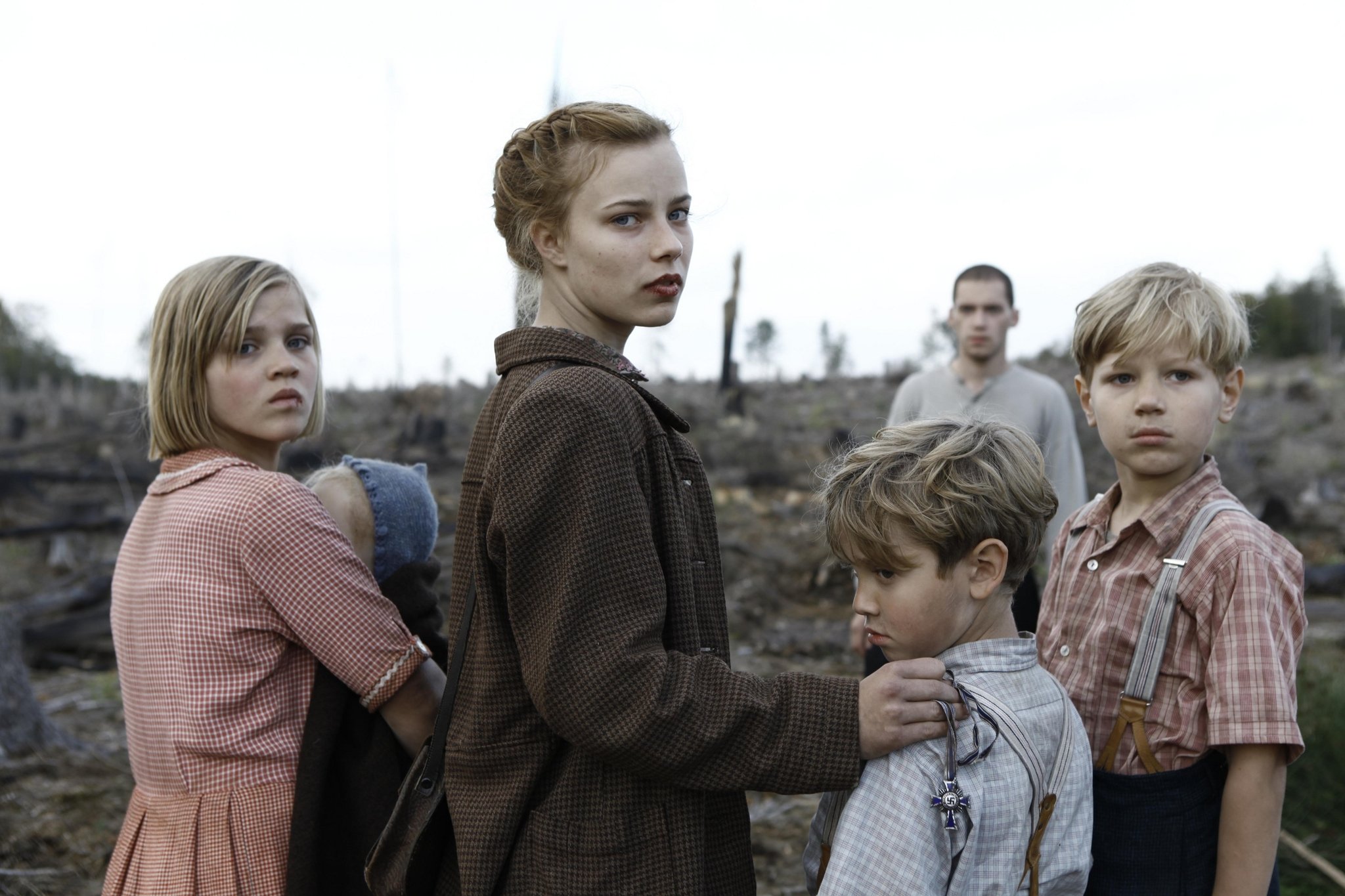 Before she was tapped to helm Black Widow for Marvel, Australian filmmaker Cate Shortland directed Lore (Germany, 2012). A coproduction of Germany and Australia with a German cast, setting, and language, Lore takes the viewer on a harrowing odyssey through Germany after the fall of Hitler.

The privileged life of fresh-faced German teenager Lore (Saskia Rosendahl), the very picture of Aryan maidenhood, comes crashing down as she sees her SS officer father hurriedly burn the evidence of his complicity while mother barks bitter reprisals at him. Both prepare for their inevitable capture by the Allies, leaving Lore to fend for herself and her siblings as they trek across occupied Germany in flux to their grandmother’s house outside of Hamburg.

Lore is neither angel nor holy warrior, just another brainwashed Hitler youth in a country without Hitler. Neighbors want nothing to do with the kids and every stranger is potential predator. They find the unlikeliest of protectors in a young concentration camp survivor with a startlingly clear-headed survival instinct and an instant understanding of the complicated political pitfalls of the occupied country.

This is about their hardships, yes, but it’s also about the poisoned culture still reeking of bigotry and anti-Semitism and unapologetic love of the Fuhrer, and Shortland directs with an almost hypnotic quality, focused on the immediate experience over the big picture. The misty landscape of forests and fields and rivers is lovely but the real odyssey is through the deluded culture that holds tight to its bigotry and nationalism and mourns the death of their Fuhrer. “Don’t be ashamed of your parents,” lectures grandmother, but from what Lore has seen there’s not much to admire. And in that realization, maybe there’s a beginning of a new sense of identity.

Not rated, in German with English subtitles

Add to My List on Criterion Channel or to My List on MUBI or on Fandor, or watch free on Kanopy or on Hoopla, which are available through more public and college library systems.

Also on Blu-ray and DVD and on SVOD through Amazon Video, iTunes, GooglePlay, Fandango, Vudu and/or other services. Availability may vary by service.
Lore [Blu-ray]
Lore [DVD]

The Blu-ray and DVD releases from Music Box include two featurettes, a panel discussion with the filmmaker, deleted scenes and an alternate ending.