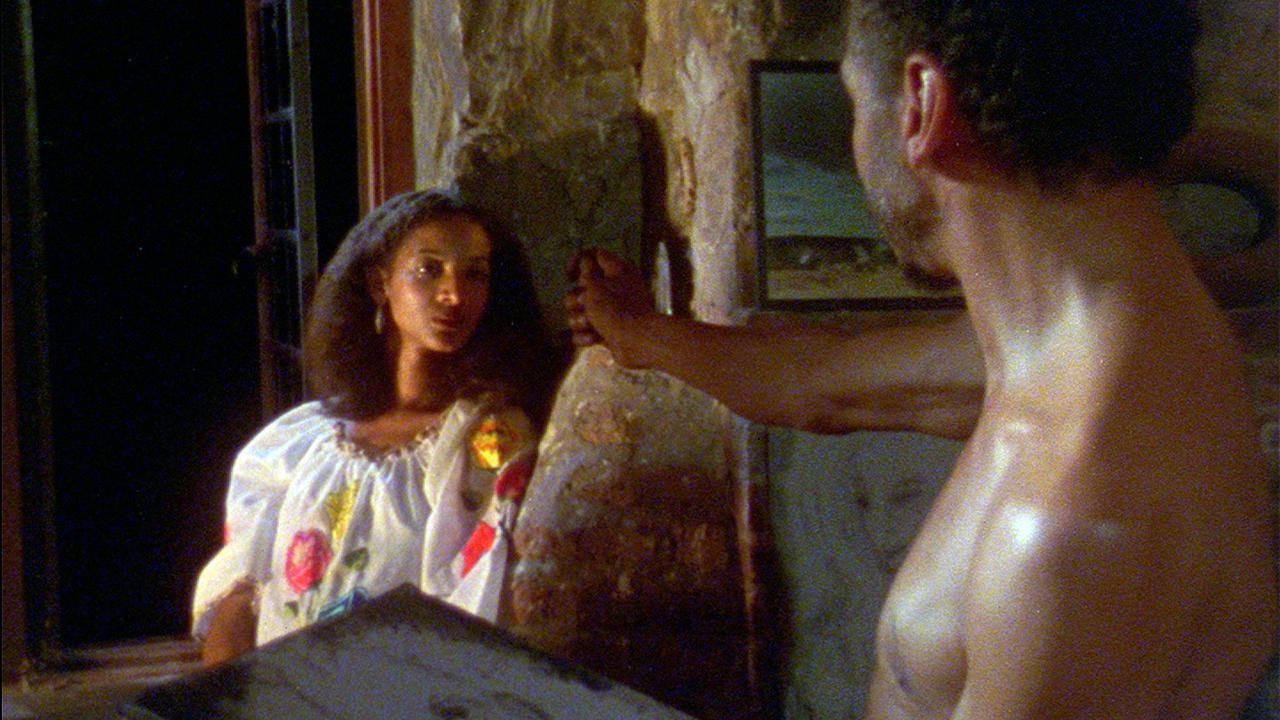 If you’ve never heard of American playwright and filmmaker Kathleen Collins, don’t feel bad. At least not for yourself.

Collins succumbed to cancer in 1988 at the age of 46 after completing just one feature. The independently-made Losing Ground (1982) was produced before the American Indie film culture established itself with the successes of Spike Lee, Jim Jarmusch, Wayne Wang, the Coen Bros. and others. It played a few screenings but never received any real distribution or a theatrical run and remained unknown outside of scholarly circles for decades. You can feel bad that the film never received the recognition it deserved in Collins’ lifetime but better to celebrate its revival and rediscovery.

Losing Ground is one of the first features—quite possibly the very first—directed by an African-American woman. That alone makes it worthy of attention but Collins is an intelligent, insightful, and nuanced filmmaker. She tells the story of Sara Rogers (Seret Scott), a professor of philosophy at a New York City college, and her husband Victor (Bill Gunn, director of Ganja & Hess), a painter compelled to reconnect with his art on a more immediate, passionate level. When he decides to move out of the city to get in touch with his muse in a summer sublet of a gorgeous rural home, Sara’s objections mean little. She has no say in the matter, a sign that things are not well in their marriage. So while he searches for his ecstasy (and finds it in a young Latina he finds dancing in the streets), she decides to find hers by acting in a student film.

Ecstasy is the operative term here. Sara is writing a scholarly study on the origins of ecstasy in religion and art but there is precious little of it in her own well-ordered existence, a life of ideas and scholarship and intellectual pursuits, while Victor is all about aesthetics and expression. Victor’s journey is authentic and his drive to find his voice genuine; Collins communicates his passion beautifully and the color seems to explode on the screen as we see his new world through his artist’s eye. He just fails (or perhaps refuses) to take into account his wife’s journey. After all, art is more pure than knowledge in his self-centered odyssey, an attitude that begins driving her away.

The racial and sexual politics are present—even Sara’s philosophy students think of her in terms of her relationship to her husband—but more importantly this is a portrait of committed professionals facing the limits of defining oneself through what you do instead of who you are. And as Sara begins that discovery in front of a student film camera, acting out a fantasia of life as a vaudeville dancer with a flirtatious and charming actor (Duane Jones of the original Night of the Living Dead), Victor isn’t prepared for her self-discovery. It’s a film of conversation and argument, of relationships and self-knowledge, and its sexual politics are as sophisticated as its personal odysseys.

Read The New Yorker‘s Richard Brody on the film in his 2015 piece “Lost and Found,” written for the film’s revival and first theatrical run anywhere in the U.S.: “The movie is a nearly lost masterwork…. Had it screened widely in its time, it would have marked film history.”

Also on Blu-ray and DVD and on SVOD through Amazon Video, iTunes, GooglePlay, Vudu and/or other services. Availability may vary by service.
Losing Ground [Blu-ray]

The film was shot in 16mm by Ronald K. Gray, a filmmaker in his own right and Collins’ co-producer, and Milestone’s restoration shows the rough, textured grain of the small-gauge format, as well as the saturated colors and documentary immediacy; the textures suggest news reportage and experimental cinema as well as indie moviemaking of the seventies and eighties. Milestone presents the home video debut of the film with a generous collection of supplements to provide context.

The 50-minute The Crux Brothers and Miss Malloy (1980), directed by Collins and produced by Ronald Gray (mastered for disc in HD), and Gray’s 1976 student film Transmagnifican Dambamuality are presented on the second disc of the two-disc set, along with an archival interview with Collins conducted in 1982 and new (and very substantial) video interviews with Gray, actress Serena Scott, and Collins’ daughter Nina Lorez Collins, who supervised the restoration. The film itself features commentary by professor Lamonda Horton Stallings and Terri Francis.