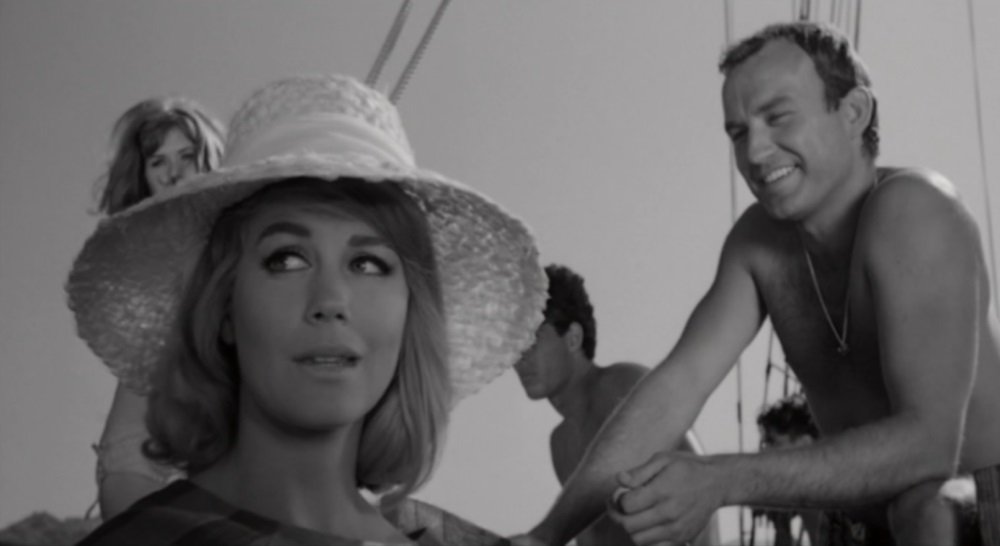 With the news that the Vilmos Zsigmond, the great cinematographer of McCabe and Mrs. Miller, Deliverance, Close Encounters of the Third Kind, The Deer Hunter, and many other defining American films of the seventies, passed away this week, I’ve revived this review of an early Zsigmond feature, a lost American indie from the sixties discovered early this century.

Produced in 1965 and then shelved, Summer Children was long thought lost until producer Jack Robinette and film restorer Edie Robinette-Petrachi found the original negative in the early 2000s and sound elements and prints soon after. The restored film premiered in 2011 and revealed an unusual piece of Americana, a mix of alienated youth drama, rock and roll picture, and introspective art cinema. Brooding rich kid West (Stuart Anderson) takes a group of friends on his father’s yacht for a weekend getaway to Catalina Island in time for a big dance. He is immediately taken with Diana (Valora Noland), a cousin to the group’s junior member Muffy (Steve Bobbitt) and a beautiful, cool free spirit, while his best friend Frankie (John Hanek), a cocky, competitive motorcycle racer, is determined to seduce her. Think of it as an American indie response to the beach movie in the era of the sexual revolution, directed with a sensibility influenced by John Cassavetes and the European New Wave.

Directed by James Bruner, this is American art cinema at its most serious and self-conscious. The script is filled with introspective musings and angst-ridden conflict and the performances by the three leads are stiff and arch. They are more cyphers than characters. Even the fleeting nudity feels calculatedly tossed off, a dare to censors and a show of sophistication with just a hint of exploitation. It’s also beautifully photographed in B&W by future Oscar winner Vilmos Zsigmond, who uses the natural light to create a sun-dappled texture by day and superb lighting (by future cinematography great Laszlo Kovaks) to heighten the night scenes. This is a handsome film.

More curiosity than classic, the self-serious film is something of cinematic cliché seen from our vantage point, but it’s also an intriguing time capsule of a culture and it has been beautifully restored and mastered.