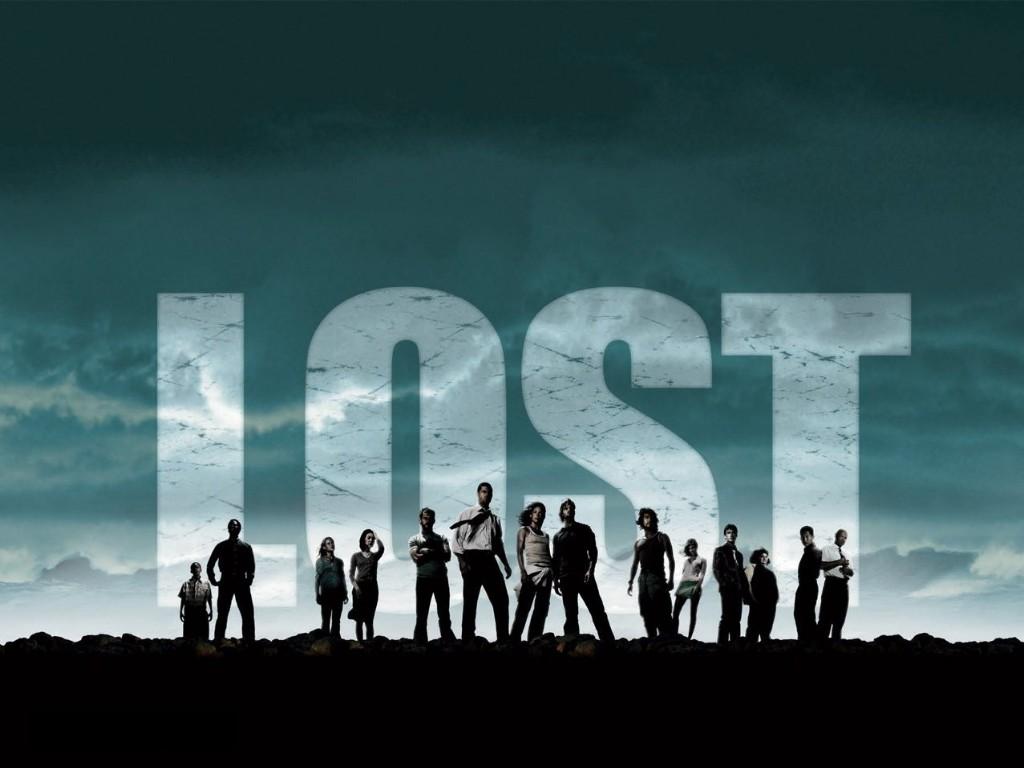 Lost: Complete Series (2004-2010) – The very definition of high-concept television, this addictive survival series turned metaphysical mystery is arguably the most successful and certainly the most richly and deeply woven show of its kind. What began as an exotic Gilligan’s Island through The Twilight Zone turned into a mind-bending show with supernatural echoes and conspiratorial hints and a web of flashbacks that ingeniously turned into flashforwards and, in the final season, “flash sideways” story of characters’ lives in a world where the island never existed.

Season One opens in the aftermath of a plane crash on a deserted tropical island where (we come to discover) a polar bear lives, a rumbling monster crashes through the jungle, a distress signal emanates from the hills, and person or persons unknown continue to keep their presence hidden… for the time being. Matthew Fox is the ostensible star as Jack, the doctor who steps up as group leader in the first episode, but it quickly settles in as a dense ensemble show with characters who have vivid backstories. There’s tough, raven-haired beauty Kate (Evangeline Lilly) whose fair looks hide a rough outlaw past, con man Sawyer (Josh Holloway) who hides his bitterness under a country-boy voice and a suspicious smile, steely survivalist John Locke (Terry O’Quinn) who has a mystic (one might say miraculous) connection to the island, pregnant and single mother-to-be Claire (Emilie de Ravin) running from a fortune-teller’s prophecy, Iraqi communications specialist and Gulf war veteran (he fought on the other side) Sayid (Naveen Andrews), washed-up rock star and heroin addict Charlie (Dominic Monaghan), Korean couple Jin and Sun Kwon (Daniel Dae Kim and Yoon-jin Kim) with mob connections and no English skills (or do they?), easy-going Hurley (Jorge Garcia), spoiled Shannon (Maggie Grace) and her protective brother Boone (Ian Somerhalder), and single dad Michael (Harold Perrineau Jr.) and his son Walt (Malcolm David Kelley). That doesn’t count the passengers who come and go, pass away, or simply suddenly appear (beware of islanders who aren’t on the ship’s manifest!).

The journeys of key passengers are wrapped in the island mysteries: a prophecy, a “lucky” code with unlucky aftershocks, a crippling condition cured. Creators J.J. Abrams and Damon Lindeloff and co-showrunner Carlton Cuse use these supernatural echoes and conspiratorial hints to keep the show shrouded in a tantalizing mystery, but they find the most interesting mysteries among the marvelously sculpted characters themselves and spend the season exploring their pasts in flashbacks.

Season Two begins with the opening of “the hatch” (a sealed entrance to a buried habitat) and the introduction of a whole new mythology involving “The Dharma Initiative,” but that’s just the beginning of the complications. A rescue mission scuttled at sea washes ashore and discovers more crash survivors on the other side of the island, barely alive after being picked off by a tribal group hiding in the mountains known as “the Others.” It’s not just a matter of loading in mysteries and twists in each episode, though there is plenty of that. There is a resonance to the personal stories revealed in the flashbacks of each episode and a fascinating layering of wonders and terrors that give the unexplained phenomenon an elemental quality.

Season Three revolves around weird tale of “The Dharma Initiative” and the cult that has been fostered and controlled by the manipulative Ben (Michael Emerson), and the battle for survival that pits the two groups against each other, and sometimes against themselves. It’s still strangely addictive, but by this point it’s lost the freshness of that first season and started losing fans as well as viewers became impatient waiting for producers/writers/showrunners Lindelof and Cuse to start knitting these threads into a coherent pattern before long.

Season Four opens with the arrival of a rescue ship (with its own sinister agenda, of course) and closes with yet another paradigm-shifting twist. In between, the tangled show that drifted off course in season three gets back on track with dynamic shifts in character alliances (did anyone foresee Sawyer’s reluctant rise to leadership?) and a dramatic change in style: the defining flashbacks are replaced by flash-forwards, which tease us with glimpses of the characters who make it off the island yet are still inexorably tied to it.

After spending four seasons trying to get off the island, Season Five find the few souls who made it back to civilization spending their energy trying to get back while those left behind get tossed through time and manipulated in a power struggle that reaches beyond our mortal coil. Meanwhile we are brought closer to the Cain-and-Abel mythology of immortals/gods/mythic watchers Jacob (Mark Pellegrino) and his brother, referred to only as Man in Black (Titus Welliver, and subsequently morphed into various different actors), who have been pulling the metaphysical strings of fate and chance to bring our heroes to the island and struggle over their souls and their allegiances.

And thus we come to Season Six, the final season, and here the story finally does come together as a modern myth, complete with a search for the next hero at the heart of the world and a “Last Temptation” offshoot (the aforementioned “flash-sideways”) that explores what-if lives of the Oceanic passengers and other characters tangled in the Lost mythology if the island had never existed. Dead characters returns and some active characters have completely different lives—Sawyer, for instance, is no con man but a Los Angeles police detective and Daniel Faraday (Jeremy Davies) is a musician, not a physicist. Is it a dimensional rift caused by the nuclear explosion, an alternate dimension reality, something different? (You’ll have to watch it yourself for that explanation.) Meanwhile, in the island prime they fumble for meaning and direction, with Jack giving up leadership out of frustration for his failures, Sawyer filling the void, and Hurley proving he has the strength of his convictions. Characters are tempted to their worst instincts while given opportunities for selfless action and heroes arise even as they fall.

Taken as a whole, stumbles aside, this is the most satisfying epic tale of its kind on TV (and no, The Wire is not “of its kind,” by which I mean fantasy/science fiction/metaphysical epic). Battlestar Galactica didn’t have a lot of strength to its final season, Babylon 5 landed victim to a cancellation scare that completely threw off its pacing, Farscape crammed a final season into a far-too-short mini-series and The X-Files unraveled years before it stumbled to a close with a last-ditch effort to knit together the conspiratorial threads that had long since frayed (and that was before the revival series).

The explanations of the final season could never meet expectations created in the first five, but the character journeys and dramatic payoffs and opportunities for redemption give us (mostly) satisfying character closure as well as narrative neatness, while still leaving plenty of mystery to the powers behind the players and the moves of this marvelous narrative construct. Metaphor aside, it’s no chess game (though the narrative architecture does suggest some kind of elaborate role-playing fantasy at times, as well as a secular mythology). It’s a story, and these guys were able to tell it the way they wanted to.

The entire series is streaming on Hulu. Add it to your watchlist.

, iTunes, GooglePlay and/or other services. Availability may vary by service.
Lost: The Complete Collection [Blu-ray]

Disney released it on Blu-ray and DVD in individual volumes, all packed with featurettes, and in the deluxe Lost: The Complete Collection. It features the entire run of the show on 35 discs (organized by season, each in a simple but handsome paperboard folder) with all of the original supplements (and they are a substantial collection of extras through the seasons) in a hefty box, plus a new episode guide and some cool collectibles. There’s a ‘Senet’ game board and pieces (but no instruction sheet; you’ll have to rewatch the Season Six episode it was introduced in to get the rules), a relief island map on the underside of the case lid, a collectible Ankh, and a black light penlight. An exclusive bonus disc hidden in the package (hint: it’s in the lid) features the 40-minute “Letting Go: Reflections Of a Six-Year Journey” (with cast members revisiting the locations and discussing their long, strange trip) and a collection of featurettes with cast and crew remembrances, behind-the-scenes footage, a tour through the prop museum (squirrel baby!) and 40-some minutes of “Lost Slapdowns,” comic confrontations between fans/cast members and creative godfathers Lindelof and Cuse, with questions about the show’s mysteries and characters paths in the final season answered with tongue-in-cheek retorts.