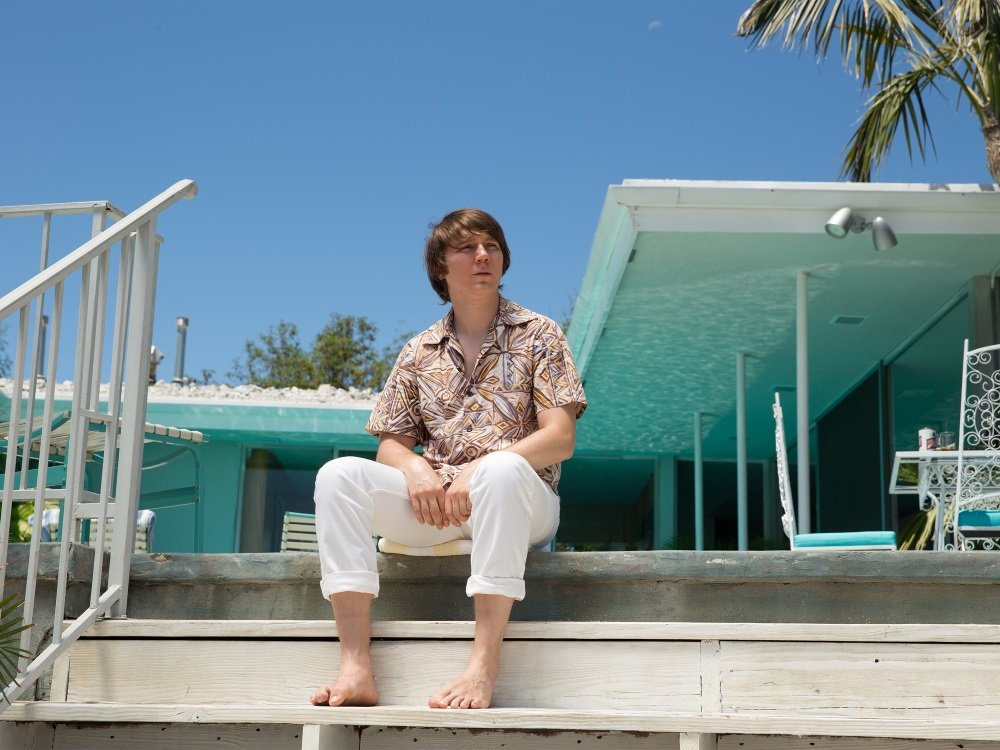 Capturing the life of Brian Wilson, the troubled genius who pushed the surf pop sound of The Beach Boys into psychedelic symphonies as he spiraled into depression, in just a few key years is a tricky proposition. Love & Mercy (2014), a biopic that parallels the boyish enthusiasm and free-flowing creative drive of young visionary Brian (played by Paul Dano) with the frail, fragile, terrified older Brian (John Cusack), is as perceptive and as interesting as you could hope for.

Where the 1995 documentary I Just Wasn’t Made For These Times slipped into hagiography that cheered his genius and hissed the villains who broke his spirit, this dramatization is more interested in exploring the enthusiastic, boyish musical genius who slipped into self-doubt and paranoia at the height of his creative powers and ended up in a nightmarish ordeal with Dr. Eugene Landy (Paul Giamatti in sleazy, medical huckster mode), the radical psychotherapist who became his legal guardian. And it presents Melinda Ledbetter (Elizabeth Banks), who meets the confused but sincere older Brian and sees through Landy’s pose of benevolent protection, as the film’s true hero.

Dano’s baby face give him the look of a boy genius in musical wonderland, a big kid as a musical wunderkind. Cusack doesn’t look much like Dano but he has the same expression of sincerity and openness, the integrity of a child in the fragile mind of an infantilized adult trapped by an abusive father figure who feeds off his talent.

There’s a lot of history packed in here—from the panic attack that stopped Brian from touring with the band to the conflicts with the band as his music heads into unconventional directions to the mind games that Landy uses to control Brian as he’s adrift from his family—but director Bill Pohald is just as interested in exploring Wilson’s creative process and those scenes, with Dano in a state of near bliss as Wilson creating what will be “Pet Sounds” in a studio he treats as an artistic playroom, are the film’s highlights.

You don’t have to be a fan to appreciate the portrait offered here. It’s a fascinating story and a rare film that delves into the exuberance and joy of artistic creation. It may just nudge you into pulling out that old copy of “God Only Knows” or “Good Vibrations” and giving another listen to the magnificence and beauty of those pop masterpieces.

Pingback: What to watch: 'Zootopia' on VOD and remembering Muhammad Ali - Stream On Demand
Comments are closed.