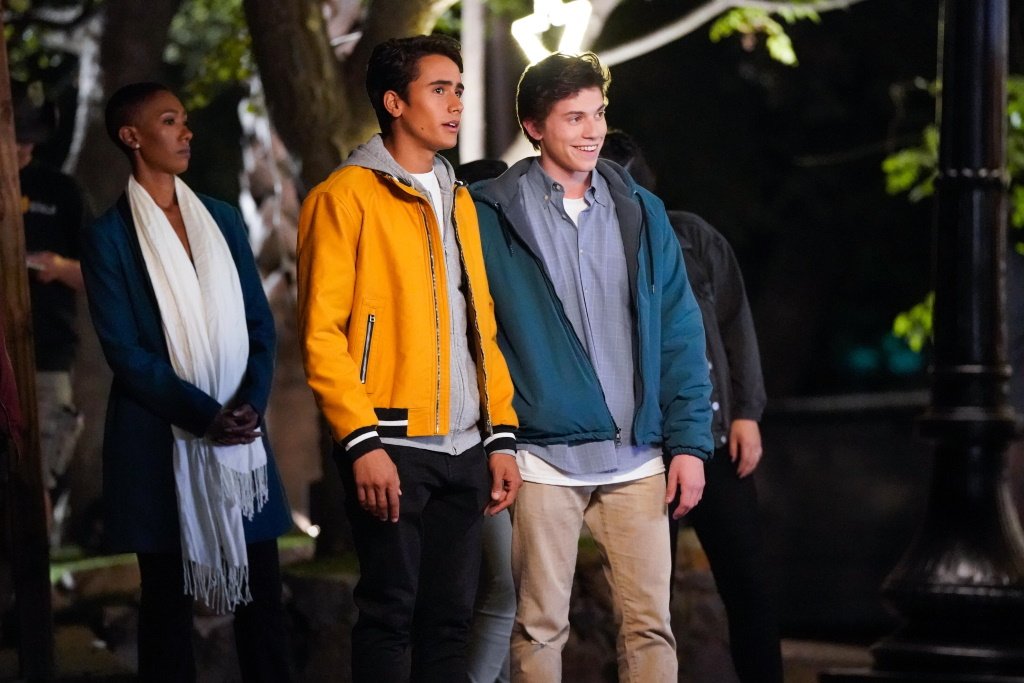 “Love, Victor” (not rated) follows a gay Latinx student (Michael Cimino) who faces a bumpy road to self-acceptance as he struggle comes out to his friends and his Catholic family. This spinoff of the 2018 film “Love, Simon” was originally developed for Disney+ but the 10-episode series now debuts on Hulu.

In the second season of the Ryan Murphy-created satire “The Politician” (TV-MA), the ambitious high school kid (Ben Platt) gets into state politics. Bette Midler and Judith Light join a cast that also includes Gwyneth Paltrow. 10 episodes on Netflix.

Joseph Gordon-Levitt is a pilot on a Berlin to Paris airliner in the hijacking thriller “7500” (2019, R). The English language film from Germany takes place almost entirely in the cockpit, where Gordon-Levitt carries the film with his performance. It makes its U.S. debut on Amazon Prime Video.

Based on a true story, the espionage thriller “Wasp Network” (2019, not rated) follows a group of Cuban spies who infiltrate exile groups in 1990s Florida that threaten the island nation. Cuban authorities gave filmmaker Olivier Assayas access to locations by but his portrait of life on island is far from idealized. Penelope Cruz, Edgar Ramírez, Gaël Garcia Bernal, and Ana De Armas star in the multilingual film on Netflix.

In “Crawl” (2019, R), a young woman and her injured father (Kaya Scodelario and Barry Pepper) are trapped in the crawl space of their Florida home with a vicious alligator during a raging hurricane with rising floodwaters. Alexander Aja directs this modern drive-in horror. Streaming on Amazon Prime Video and Hulu.

The documentary “Disclosure” (2020, not rated) looks at the effects of film and TV portrayals of transgender people on trans identity and American culture. It debuted at Sundance and now streams on Netflix.

Kevin Bacon and Amanda Seyfried move into a vacation home possessed by a sinister force in “You Should Have Left” (2020, R), a film from horror studio Blumhouse that debuts directly to Premium VOD. Also debuting on VOD:

A lovesick girl transforms into a cat to get a boy’s attention in “A Whisker Away” (Japan, 2020, not rated), an animated romantic fantasy that also touches on issues of depression and identity.

Family friendly: a washed-out Broadway dancer coaches a small-time team of misfits in the comedy “Feel the Beat” (2020, not rated). Also new:

A collection of classics directed by the great Egyptian filmmaker Youssef Chahine is now available, including his international breakthrough “Cairo Station” (1958), a riveting mix of neorealism and melodrama, and his autobiographical trilogy “Alexandria… Why?” (1979), “Alexandria: An Egyptian Story” (1982), and “Alexandria Again and Forever” (1989). All from Egypt, with subtitles.

Jesse Eisenberg and Kristen Stewart star in Woody Allen’s “Café Society” (2016, PG-13), a touching story of how first love never leaves us even as we’ve moved on to other relationships, wrapped in a wry comedy of celebrity and glamor in 1930s Hollywood and New York City.

Tom Hanks writes, directs, and stars in “Larry Crowne” (2011, PG-13) as a middle-aged man who goes back to school and starts over after getting downsized. Julia Roberts costars as one of his teachers.

“Pan” (2015, PG) is a lavish fantasy that imagines the origins of the boy who never grew up with Hugh Jackman as Blackbeard and Levi Miller as Peter.

“Taste the Nation with Padma Lakshmi” (not rated) features the cookbook author and “Top Chef” host exploring the cuisine of cultures across the country. 10 episodes.

The family-friendly competition series “Karma: Season 1” (TV-PG) sends kids from ages 12 to 15 on a series of puzzles and physical contests.

Welsh crime drama “Hidden: Series 2” (not rated, in Welsh and English with subtitles) begins with new episodes each Monday.

The fifth season of the French espionage thriller “The Bureau” (France, TV-MA, with subtitles), acclaimed as the one of the greatest TV shows ever made in Frnace, begins with new episodes each Thursday.

“Imma Tataranni” (Italy, with subtitles) is a colorful prosecutor who solves crimes with flair and attitude in this crime drama set in Basilicata.

Criterion Channel offers a collection of queer cinema going back decades, from Stephen Frears’ “My Beautiful Laundrette” (1985, R) with Daniel Day-Lewis and James Ivory’s “Maurice” (1987, R) with Hugh Grant to Gus Van Sant’s “My Own Private Idaho” (1991, R) with River Phoenix and Keanu Reeves and three films from American indie maverick Gregg Araki including his breakthrough “The Living End” (1992, not rated) and “Mysterious Skin” (2004, not rated) with Joseph Gordon-Levitt.