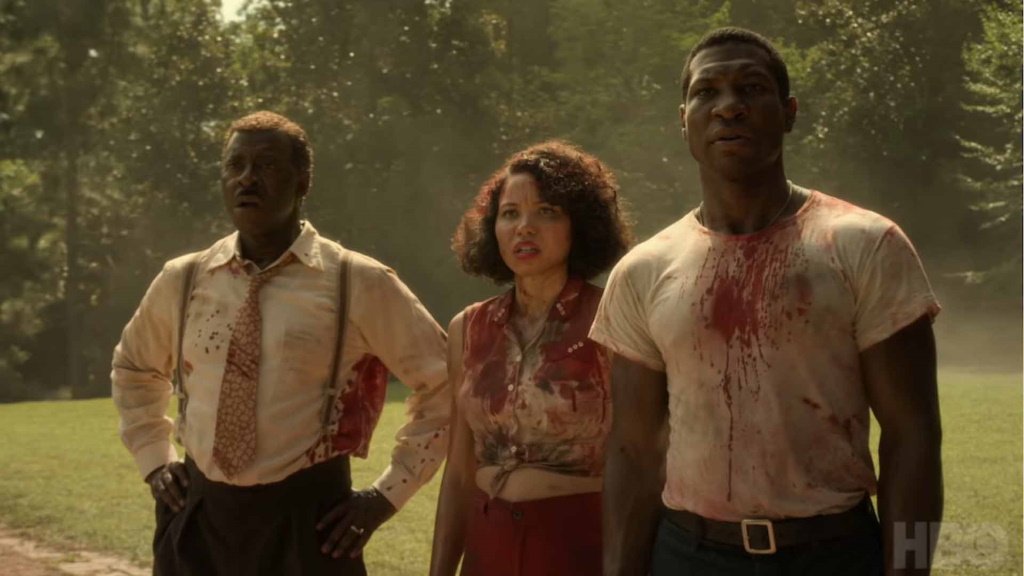 “Lovecraft Country” (TV-MA) takes on both the cosmic horror and the blatant racism of H.P Lovecraft’s stories with the odyssey of an African-American man (Jonathan Majors) searching for his missing father (Michael Kenneth Williams) in 1950s America. He and his travelling companions (Courtney B. Vance and Jurnee Smollett) face both fantastical creatures and very human bigotry. Creator Misha Green, who also made the provocative but short-lived “Underground,” adapts the novel by Matt Ruff and J.J. Abrams and Jordan Peele are among the producers. New episodes Sunday nights. (All HBO platforms)

The documentary limited series “High Score” (2020, not rated) looks back at the golden age of video games and spotlights some of the iconic games and forgotten pioneers of the gaming industry, from the first arcade hits to the modern home gaming systems. All episodes now streaming. (Netflix)

Lili Reinhart (Betty in “Riverdale”) developed and stars in “Chemical Hearts” (2020, R) as an enigmatic transfer student who finds a home at her new high school newspaper, where her coeditor (Austin Abrams) becomes drawn to her. The romantic drama, based on the young adult novel by Krystal Sutherland and directed by Richard Tanne (“Southside With You”), explores the complications of young love as the young man projects his ideals on the new girl. (Amazon Prime Video)

International pick: A small backcountry town is visited by strange and violent phenomenon after the death of its eldest citizen in “Bacurau” (Brazil, 2019, not rated, with subtitles), a mix of science fiction, the supernatural, and social politics. It makes its streaming premiere along with a new interview with directors Kleber Mendonça Filho and Juliano Dornelles. (Criterion Channel)

Debuting direct to VOD are a pair of historical dramas about the African-American experience. “Emperor” (2020, PG-13) is inspired by the legend of Shields Green (Dayo Okeniyi), an enslaved man descended from African kings who partnered with John Brown on the raid on Harper’s Ferry but was forgotten in the historical record. Oscar-winning screenwriter Kevin Willmott directs “The 24th” (2020, not rated), based on the story of the all-black United States Infantry Regiment and the Houston Riot of 1917.

Two suburban kids have to rescue their mom (Malin Akerman) when they discover she is- a former burglar forced into a one last heist in the family friendly adventure “The Sleepover” (2020, not rated).

True stories: “John Was Trying to Contact Aliens” (2020, not rated) profiles a rural electronics whiz broadcasts who has spent decade monitoring the skies for signs of alien civilizations while enduring a lonely personal life.

Streaming TV: the fifth season of “Lucifer” (TV-14) sends the devil back to Hell, at least temporarily, before returning to solve crime in Los Angeles.

Steve Coogan and Rob Brydon travel in the footsteps of Odysseus in “The Trip to Greece” (2020, not rated), their fourth road movie comedy with director Michael Winterbottom. The first three trips in the series are also streaming on Hulu.

“Daffodils” (2020, not rated), a romantic comedy from New Zealand, stars Rose McIver as a pop singer and features music by iconic New Zealand singers and bands.

Streaming TV: the reality dating show “Singletown: Season 1” (2020, not rated) comes from England and “Awkwafina is Nora from Queens: Season 1” (2020, TV-14), a comedy based on the comedian’s life growing up in Flushing, New York, arrives from Comedy Central.

Emma Watson and Dan Stevens are “Beauty and the Beast” (2017, PG) in Disney’s lavish live-action remake of their animated musical from filmmaker Bill Condon.

The documentary series “The Suspect” (not rated) looks at one of the most notorious murders and tabloid trials in Canada this century. New episodes each Tuesday.

Jeanne Balibar directs and stars in “Wonders in the Suburbs” (France, 2019, not rated, with subtitles), a comedy of small town politics featuring Emmanuelle Béart, Mathieu Amalric, and Bulle Ogier.

With the new remake now on VOD, you can revisit the beloved classic Hollywood adaptation of “The Secret Garden” (1949) starring Margaret O’Brien and Dean Stockwell. Also new: