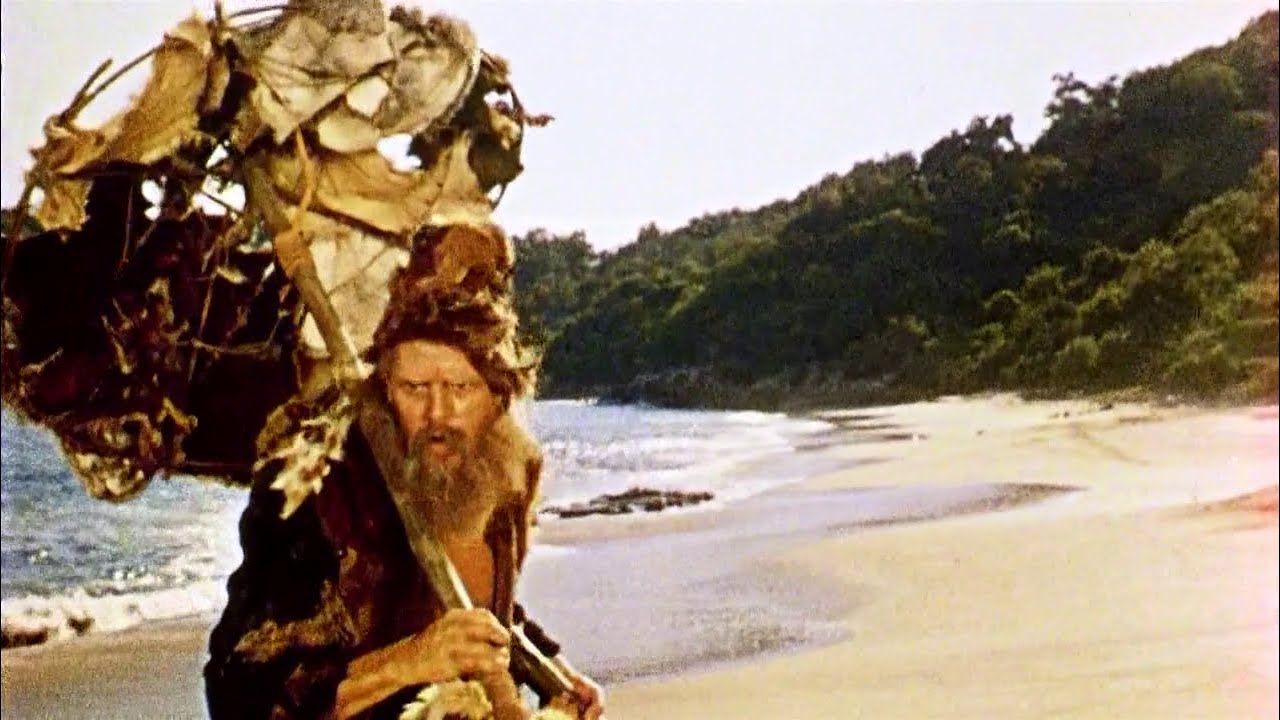 Luis Buñuel is best known for his witty, surreal comedies that satirized society, religion, politics, and sexual mores in the 1960s and 1970s, but he had a long career before his breakthrough as an internationally celebrated satirist. Robinson Crusoe (1954), his first English language movie and his first color feature, was produced not as a prestigious art movie but a commercial project for mainstream audiences.

Dan O’Herlihy stars as Crusoe, shipwrecked on a lush but deserted tropical island where he carves out a life for himself, and Jaime Fernández as Friday, a captured native who Crusoe makes his servant, and then his partner in survival. It is remarkably faithful to the novel by Daniel Defoe, a beautifully made drama of survival and triumph perfectly suitable for family viewing. The film can be watched as a straightforward adaptation, yet Buñuel imbues it with his own sensibility, elevating a sturdy adaptation of a classic adventure drama into a work of personal expression.

Buñuel focuses on Crusoe’s evolution as a human being. The irony is not lost on the director that Crusoe is shipwrecked while on a trip to buy slaves for South American plantation labor. When he rescues Friday from the cannibals, his desire for companionship and partnership is increasingly overshadowed by his European attitude of racial and cultural superiority to the black-skinned native and he ultimately imprisons Friday in the very chains he brought for slaves.

Crusoe’s epiphany, a breakthrough of morality over social power, is the film’s great turning point. Even while the script maintains Crusoe’s dominance, like feudal lord and loyal subject, Buñuel’s imagery offers scenes of partnership and equality as they stand side-by-side in their endeavors. It’s quite possibly the most optimistic portrait of human potential in Buñuel’s filmography.

I wrote a longer piece for Parallax View here.

Dan O’Herlihy earned an Academy Award nomination for his performance and the film won the Ariel Award (Mexico’s answer to the Oscars) for best picture.