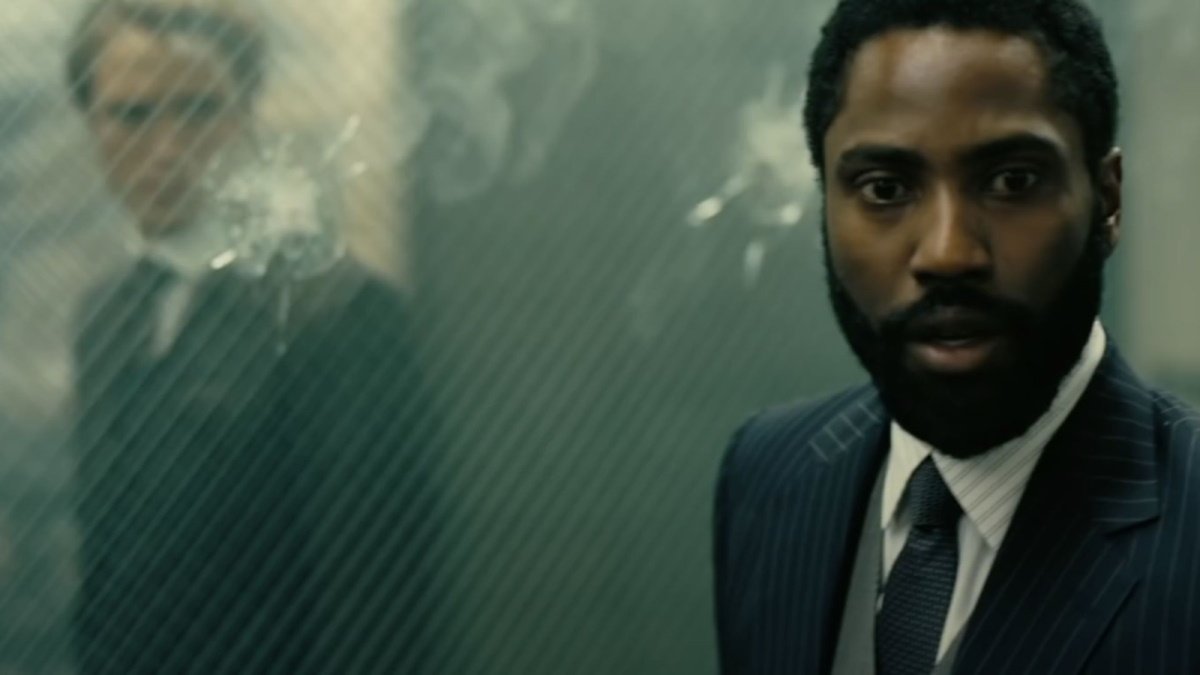 Viola Davis plays Ma Rainey, the mother of the blues, and Chadwick Boseman (in his final screen performance) is the fiery trumpeter in her band in “Ma Rainey’s Black Bottom” (2020, R), a drama of music, power, ambition, and race in America set at Chicago recording studio in 1927. Tony Award-winning Broadway director George C. Wolfe helms the screen adaptation of the August Wilson play and Colman Domingo and Glynn Turman costar. Davis and Boseman are favored to get Oscar nominations. (Netflix)

“Tenet” (2020, PG-13), Christopher Nolan’s high-concept thriller starring John David Washington as a nameless agent whose mission to save the world involves the unraveling of time, is a puzzle box of a mystery with spectacular set pieces. Robert Pattinson, Elizabeth Debicki, and Kenneth Branagh costar. Nolan insisted that it get a theatrical release when major theaters were closed during the Covid lockdown, where it made back a fraction of its cost. Months later, it now debuts at home. (VOD and Cable On Demand, also on DVD and Blu-ray and at Redbox)

Currently the most ambitious science fiction series streaming or on TV, “The Expanse” (TV-14) enters its fifth season with a storyline that starts to draw all of the narrative threads, from the political tensions between Earth and the settlers in Mars and elsewhere fighting for autonomy to the battle over the newly-accessible alien worlds, together. Once again, the crew of the Rocinante (Steven Strait, Dominique Tipper, Wes Chatham, and Cas Anvar) is at the center of the drama. The series ends with sixth season next year. Three episodes available, new episodes arrive each Wednesday. (Amazon Prime)

The documentary “Homeschool Musical Class of 2020” (TV-14), inspired by the online movement #SunshineSongs launched by Tony Award-winning actress Laura Benanti, showcases students from around the country performing songs and dances from the safety of their homes. (HBO Max)

Finales: the second season of “The Mandalorian” on Disney+ and the limited series “The Flight Attendant” on HBO Max both conclude this week, just in case you’re waiting to binge them all at once.

News: Netflix raises prices by $1 a month starting this week.

More new: HBO Max is now available through Roku and to Xfinity X1 and Flex customers. HBO Now subscribers can upgrade at no charge and get the expanded catalog. My advice: do it!

“The Godfather, Coda: The Death of Michael Corleone” (1990/2020, R) is Francis Ford Coppola’s re-edit of the final film in his “Godfather” trilogy starring Al Pacino as Michael Corleone, now in his 60s, as he seeks to free his family from crime and find a suitable successor to his empire.

Jim Caviezel is an American engineer in Cairo who is kidnapped and imprisoned in Iran as a spy in the thriller “Infidel” (2019, R).

International Passport: a group of high school teachers embrace alcohol as a way to unleash their creative potential in “Another Round” (Denmark, 2020, not rated, with subtitles), a comedy from director Thomas Vinterberg. It’s Denmark’s official entry for the Academy Awards.

The Canadian drama “The Grizzlies” (2018, R) is an underdog sports drama based on the true story from an Alaskan Inuit community that struggles with the highest suicide rate in North America.

Jason Momoa stars in “Braven” (2018, R) as a logger in rural Canada who goes up against drug runners threatening his family.

Holiday trimmings: in “A California Christmas” (2020, TV-14), a spoiled rich kid who poses as a ranch hand to get a farmer to sell her family’s land. Also new:

Comedy specials: “Vir Das: Outside In – The Lockdown Special” (not rated), with the comedian performing online shows to homebound viewers, and “Schulz Saves America: Pandemics, Predators, Protests & Presidents” (not rated).

“The Grand Tour Presents: A Massive Hunt” (2020, TV-14) is this year’s revved up holiday special featuring Richard Hammond, Jeremy Clarkson, and James May hitting the road on the exotic island of Reunion and in Madagascar.

True stories: “King Cohen” (2017, not rated) surveys the career of independent filmmaker Larry Cohen and “The Aristocrats” (2009, not rated) looks into the legacy of a filthy joke shared privately by comedians for decades.

Sam Elliott is an aging, ailing movie star coming to terms with his legacy and his mistakes in “The Hero” (2017, R), costarring Laura Prepon, Nick Offerman, and Krysten Ritter.

True Stories: “The Bee Gees: How Can You Mend a Broken Heart” (2020, TV-MA) surveys the career of the three Gibb Brothers, who reinvented themselves throughout their decades-long career as pop superstars. (All HBO platforms)

The six-part documentary series “On Pointe: Season 1” (not rated) follows students ages 8 through 18 through a season in the School of American Ballet in New York City.

The limited series mystery “Limetown” (not rated) with Jessica Biel and Stanley Tucci, based on the hit podcast and originally produced for Facebook, and the prank series “Kevin Hart: Lyft Legend” (TV-MA), originally made for the LOL network, are now streaming.

Rachel Griffiths plays the Prime Minister of Australia and Deborah Mailman is an Indigenous woman who begins a political career as the newest member of her team in “Total Control: Season 1” (2019, not rated). New episodes each Thursday.

“The Silent Partner (1978, R) with Elliot Gould and Christopher Plummer is a wily crime thriller with a cat-and-mouse battle of wits and a Christmas setting.

Much sweeter is the double feature “Bell, Book and Candle” (1958) with James Stewart and Kim Novak and “I Married a Witch” (1942) with Veronica Lake and Fredric March, a pair of romantic comedies with a touch of witchcraft. Also new: