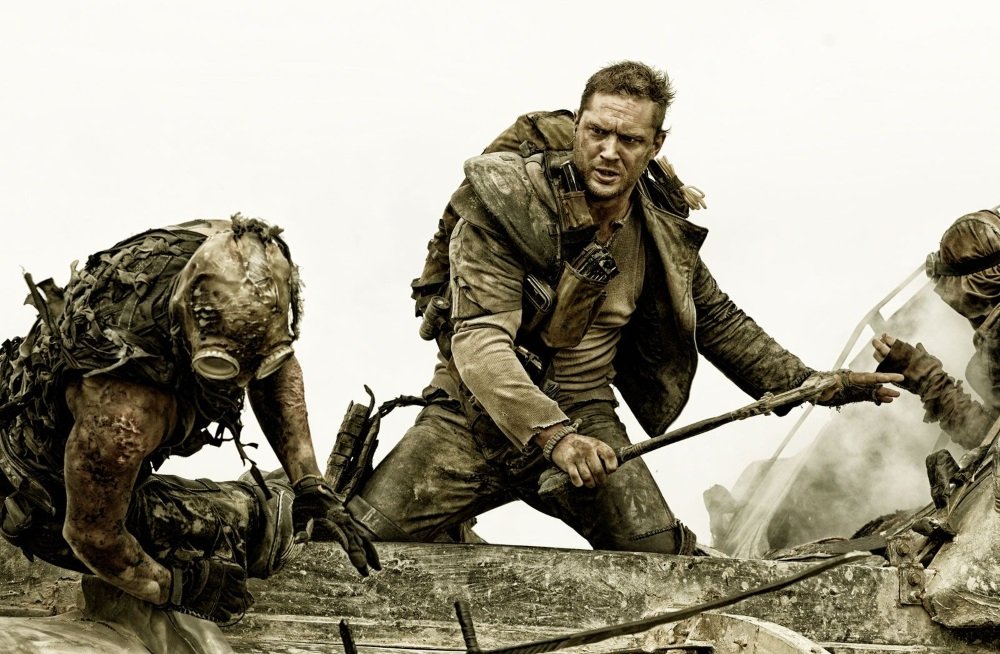 Mad Max: Fury Road wasn’t the biggest hit film of the summer of 2015 (that honor belongs to Jurassic World) but it is easily the most visceral and the most intelligent action film of that year. Decades in the making, there’s nothing else like this out there.

Directed by George Miller (who made the first three Mad Max movies), this installment falls somewhere between the original Mad Max and Thunderdome and stars Tom Hardy as Max, the character originally played by Mel Gibson and reimagined as a loner haunted by the memory of the daughter he failed to save. Fury Road sweeps you up in its stunning stunt work and action set pieces and the sheer momentum of its drive while sneaking in observations on power and patriarchy and control and even sneaking in an unexpected hero: Charlize Theron’s Imperator Furiosa. A warrior big rig driver with a prosthetic arm, she flees the despot Immortan Joe with the “property” he most values, his concubines (sex slaves by any other name).

Furiosa vows to bring the women (who looks like runway models in desert chic rags) to “the green place,” the promised land of freedom of her youth, while every vehicle in running order takes off in hot pursuit through the badlands of the ruined world. Max, literally dragged into the chase, ends up joining the escape team out of opportunity, reluctantly at first, and then inspired by the passion and hope that drives Furiosa.

The first half of the film is a seemingly non-stop chase, though Miller is so adept at conducting the rise and fall of the action that you forget it often stops to cool the engines before revving back up. The second half is a race, with Max and Furiosa taking the fight back to Citadel to offer an alternative to Joe’s warrior religion, designed to keep his soldiers not merely loyal but eager for glory in battle, and a bloodline that has slid to the decidedly deformed and subhuman end of the spectrum.

The film is best experienced on the big screen, where its size and scale can be appreciated, so even home viewings should be on as big a screen as possible in a situation that minimizes distractions. You want to give yourself the opportunity to be pulled into the momentum of this film and drawn into the vividly imagined tribal world with its rituals and totems and scavenged cars mixed and matched into weaponized vehicles. Details matter here. You don’t get exposition, you get illustration and then put the puzzle pieces together to understand how this world works. That’s another reason I love this film so much. What appears to be a simple chase film lets you discover an entire culture by the time its over.

Nicholas Hoult plays Nux, the boy solder who becomes an unexpected ally, Hugh Keays-Byrne is the tyrannical Immortan Joe, and Zoë Kravitz, Rosie Huntington-Whiteley, Riley Keough, and Abbey Lee  are the young “brides” who are forged into warriors through the course of their odyssey.

It won six Academy Awards, including best editing, production design, and other “technical” awards, and four BAFTA awards, and was picked as the best film of 2015 by the Los Angeles Film Critics, Boston Film Critics, Online Film Critics Society, and dozens of other organizations and film critics.

On Blu-ray and DVD, with over 90 minutes of featurettes, and on VOD through Amazon Prime