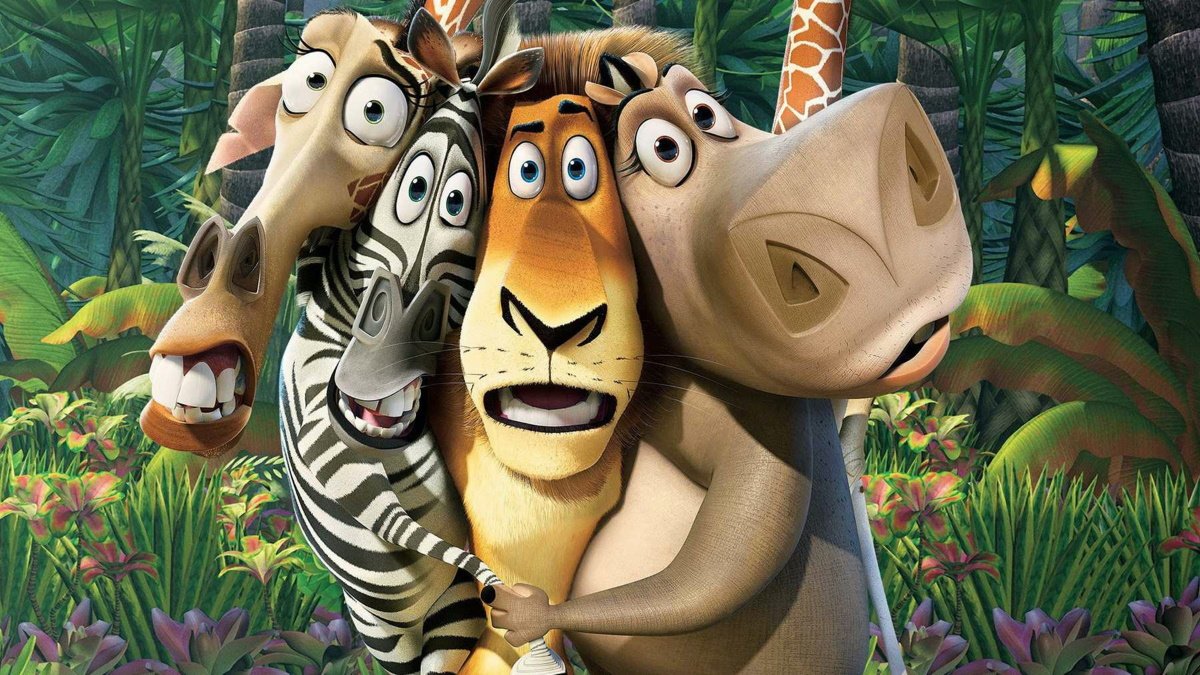 Eric Darnell (director of Antz) and Tom McGrath plug old-fashioned Looney Tunes style whimsy and slapstick into the computer animated film in Madagascar (2005), the zippy comedy of four city-dwelling animals on an odyssey back the wild.

Showbiz lion Alex (voice of Ben Stiller), the merchandised-to-the-mane king of the Central Park Zoo, loves living in the Big Apple: the feel of cement, the sounds of cars and sirens, the black night sky where helicopters spotlights are the closest you get to starlight. His best friend Marty the zebra (Chris Rock), however, longs for the legendary open plains and makes a break to sample the wild (of Connecticut, via Grand Central Station of course).

The ensuing city adventure of Alex and his buddies, Melman the hypochondriac giraffe (David Schwimmer) and Gloria the hippo (Jada Pinkett Smith), is misinterpreted as a cry for escape, the farthest thing from their minds. Shipped off to an animal preserve in Kenya, they wind up (due to the Great Escape shenanigans of a hilarious platoon of penguins) washing ashore Madagascar.

Alex is no predator. He’s a ham who lives for the spotlight, but he succumbs to his primal instincts in the wild (the marvelously animated sequences suggest a giant housecat in the feral fever of play) and his best friends start to look an awful lot like dinner on the hoof. It’s the film’s basic conflict–instinct versus individual choice—and it comes through with what I like to call the Iron Giant moral: “You are who you choose to be.”

Slim on plot but fat with furiously-paced gags, Madagascar is a routine story enlivened by location, color, exotic landscapes, and a cascade of comic flourishes. The directors give a modern twist on the Bugs and Daffy cartoons of Tex Avery and Chuck Jones, from the sleekly stylized faces and extreme caricatured bodies to the whiplash movements and zippy comic pacing.

For the adults there are a non-stop barrage of cultural references, from American Beauty and Silence of the Lambs to The Twilight Zone and National Geographic TV specials. For the kids, a smattering of poo jokes (some of them inspired—it’s the lingua franca of the monkey kingdom, after all) and slapstick gags, all directed with zany energy. It could be more involving, but it’s funny enough that you won’t care.

The original Blu-ray and DVD releases feature two commentary tracks (one by the filmmakers, and one by the film’s penguins), three production featurettes, and the original animated short The Madagascar Penguins in a Christmas Caper, among the supplements.