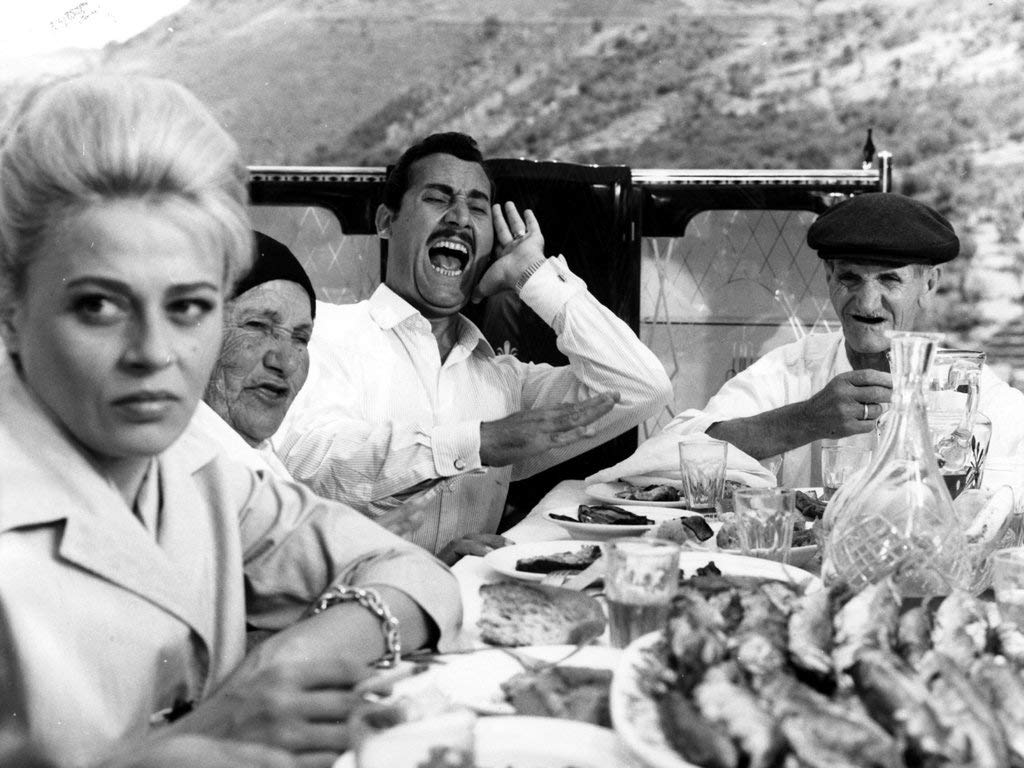 Mafioso (Italy, 1962), Alberto Lattuada’s brilliant satire of Sicily’s “paternal” mafia, became the cinematic rediscovery of 2006 when it was revived and shown at the New York Film Festival.

Alberto Sordi plays the Sicilian son made good, a business professional in Milan who, bubbling over with sentimental zeal, brings his Milanese wife and two adorable little girls back to his hometown. He’s blinded by idealized memory: we see an impoverished, bleak place trapped a hundred years in the past, where superstition is rampant, outsiders are viewed with suspicion, and half of his friends have died or gone to prison thanks to an unforgiving culture of crime and vengeance. But that’s only the beginning; the town elder is a mafia don who picks out our hapless homecoming hero as the perfect man for a little job.

Lattuada’s direction is pitch perfect as he slips the film from the comic satire of culture clash and oblivious idealization to the grave reality of the world nobody dares admit exists, let alone defy. The film never loses its sly humor, but it turns darker with a force that packs a gut-punch, and the willful blindness to the malignant mafia simply perpetuates the cycle.

B&W, in Italian with English subtitles

On DVD in a deluxe Criterion edition and on SVOD through Amazon Video, iTunes, GooglePlay and/or other services. Availability may vary by service.
Mafioso (The Criterion Collection) [DVD]

The print on the DVD is absolutely gorgeous but the supplements are rather slight compared to other Criterion editions. A 1996 interview with director Alberto Lattuada, conducted for Italian TV by fellow director Daniele Luchetti, is a genial home visit with a lot of general questions and colorful answers. There are also brief video interviews with Lattuada’s wife, actress Carla Del Poggio, and son, Alessandro Lattuada, recorded for this disc. Alessandro is much more informative and talks about how his father’s education as an architect informed both his visual and aesthetic approach and his practical filmmaking. Also features the fascinating original Italian trailer and the lighter American re-release trailer, a gallery of promotional caricatures by artist Keiko Kimura, and a 24-page booklet with new essays by Phillip Lopate and Roberto Chiesi and a 1982 interview with Alberto Lattuada.