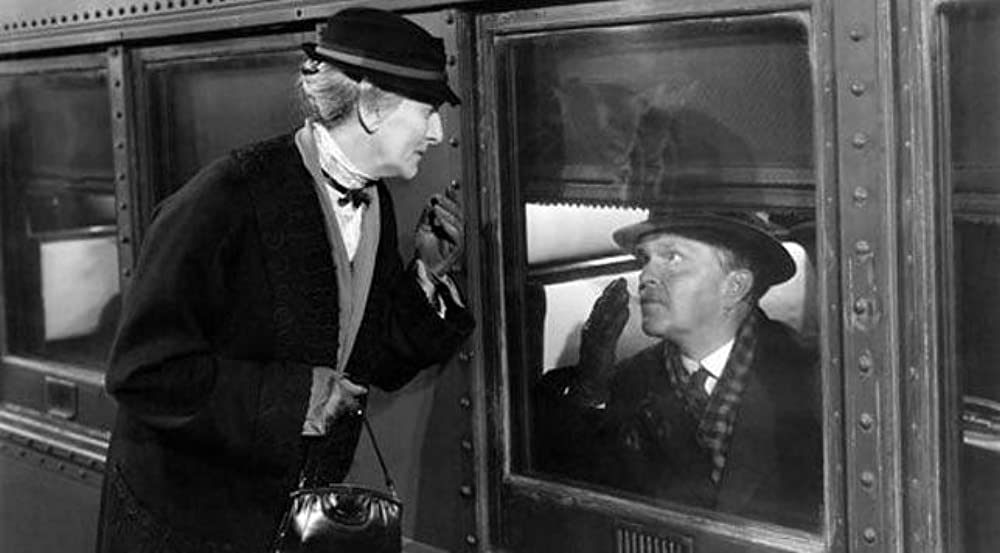 When Leo McCarey won the Oscar for Best Director for The Awful Truth in 1938, he reportedly accepted it with the comment, “Thank you very much, but you gave it to me for the wrong picture.” The “right picture” that McCarey was referring to is Make Way for Tomorrow (1937), the devastatingly moving story of an aged couple (Victor Moore and Beulah Bondi) who lose their home to the depression and their dignity and independence when their children separate them between their households.

Make Way for Tomorrow is McCarey’s most personal picture and his most moving drama, and it is the rare Hollywood film to confront issues of aging head on. McCarey captures the shame of failure (they can’t tell their kids about losing the home until it’s too late), the frustration of losing independence, and the fragility of growing old with compassion and humor, while at the same the acknowledging the difficulties of their grown children, who are married with lives and careers (and in one case a family) of their own, trying to accommodate them. The most supportive son, George (Thomas Mitchell), moves mother into a bedroom with his teenage daughter (which doesn’t sit too well with her). Ma drives the family crazy as she bemoans her state while insisting that no one worry about her, and fumbles every attempt to lend a hand by upending their routine and even, inadvertently, helps push her granddaughter into a situation that ends in terrible scandal.

The frustrations are familiar stereotypes but McCarey always pulls back to reframe it all from Ma’s perspective. The rural woman transplanted to a Manhattan apartment is never at home in the place and uneasy about going out alone into the busy urban neighborhood. She’s lonely, bored, feeling useless for the first time in her adult life, and most of all missing her husband of fifty years and awaiting death alone. The other siblings are more callous and the film less forgiving or understanding of them, especially when it comes to making a show of concern for Pa’s health to a local doctor, an act of unfettered hypocrisy that ultimately plays out with mercenary cruelty.

The last act of the film, a final night together, is as tender and beautiful and emotionally devastating as any scene from the golden age of Hollywood. McCarey’s compassion is with them and the gentle show of affection and intimacy from Moore, a former vaudevillian whose comic understatement expresses such love for his wife in the simplest of gestures, and Bondi, who smiles and nods and shies away from a public kiss with the modesty of a 19th century relic dazed by the 20th century world around her, is so genuine and unforced that it makes it all the more deliriously sad.

It was added to the National Film Registry in 2010.

Criterion Channel presents the film with supplements from its special edition disc release (see details below).

Also available on DVD and Blu-ray in a deluxe Criterion edition and on SVOD through Amazon Video, iTunes, GooglePlay, Vudu, and/or other services. Availability may vary by service.
Make Way for Tomorrow (The Criterion Collection) [Blu-ray]

This understated film was a financial failure and, lacking any major stars, has been fairly well forgotten to time. The very fact that Criterion, the stamp of quality for classic cinema, chose to spotlight the film should bring audiences back to this overlooked masterpiece. The black and white film looks a little grainy but otherwise quite good and the disc features video interviews with critics Peter Bogdanovich (who quotes Orson Welles on the film: “Oh my god, that’s that saddest movie ever made!”) and Gary Giddins and a booklet with new and archival essays.