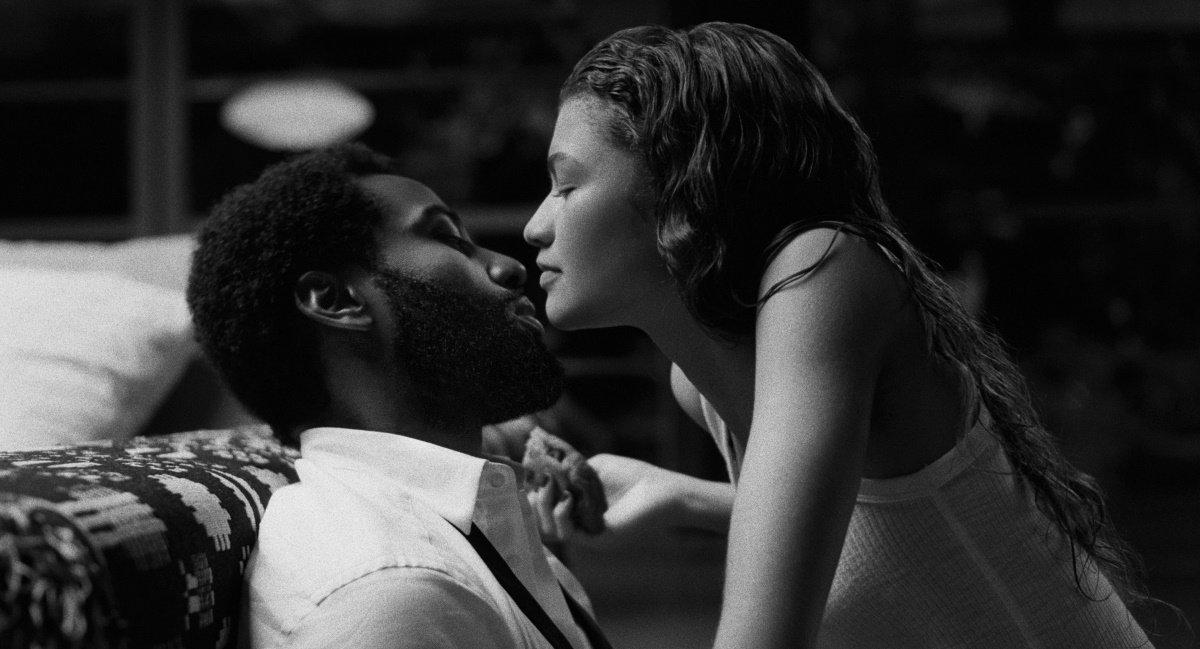 The romantic drama “Malcolm & Marie” (2021, R) stars Zendaya and John David Washington as a Hollywood couple who spend an evening debating art, representation, and authenticity while the strains of their own relationship start to tear. Directed by “Euphoria” creator Sam Levinson. (Netflix)

A professional assassin (Andrea Riseborough) hijacks the bodies of innocent people in “Possessor” (2020, R), but when one of the possessed (Christopher Abbott) struggles for control, the reverberations are ferocious. The dark science fiction thriller from filmmaker Brandon Cronenberg is brutal but fascinating. (Hulu)

Owen Wilson is a depressed divorced dad who is convinced that the world is just a computer simulation by a homeless woman (Salma Hayek) in “Bliss” (2021, R). That’s just the beginning of his journey down the rabbit hole in this science fiction psychodrama by filmmaker Mike Cahill (“Another Earth”). (Amazon Prime)

Katherine Heigl and Sarah Chalke play best friends through the decades in “Firefly Lane: Season 1” (not rated), a soapy drama that jumps back and forth through three eras of their lives, from teenage in the seventies through career girls at a TV station in the eighties to fortysomething woman facing midlife crisis in the early 2000s. (Netflix)

Classic pick: celebrated as the greatest ballet film ever made, “The Red Shoes” (1948), starring Moira Shearer as a ballerina torn between art and love, is a loving and lavish tribute to all the arts and one of the most sumptuous color films ever made. (Amazon Prime Video)

The documentary “Strip Down, Rise Up” (2021, R) celebrates the liberating power of pole dancing for a group of women reclaiming their bodies and their lives.

Kid stuff: the intergalactic animated adventure comedy “Kid Cosmic” (TV-G) is from the creator of “The Powerpuff Girls.”

International Passport: a forbidden affair threatens the future of a free spirit in “The Last Paradiso” (Italy, 2021, not rated, with subtitles), a romantic drama inspired by a true story in 1950s Italy. Also new:

Catch up with the comedy “Coming To America” (1988, R), starring Eddie Murphy as a pampered African prince who travels to look for a bride, before the new sequel debuts on Amazon Prime next month. Arsenio Hall, James Earl Jones, and John Amos costar.

The first three seasons of the Showtime drama “Billions” (2016-2018, TV-MA) with Paul Giamatti and Damian Lewis are now streaming.

International passport: “Ida” (Poland, 2014, PG-13, with subtitles), a drama about a novice nun who discovers a family secret that dates back to the Nazi occupation, won the Oscar for best foreign language film.

For the month of February only, Amazon will make the first season of numerous shows from other services available to subscribers, among them:

Also available for the month of February are the documentaries “Whitney: Can I Be Me” (2017, not rated), a profile of Whitney Huston from filmmaker Nick Broomfield, and “Burn Motherf**ker, Burn!” (2017, TV-MA) about the roots of the 1992 Los Angeles riots.

Janelle Monáe stars in the horror film “Antebellum” (2020, R) as an author who finds herself in real-life slavery nightmare.

The horror comedy “12 Hour Shift” (2020, not rated) stars Angela Bettis as a black market organ dealer racing the clock for a replacement kidney.

True stories: “The New York Times Presents: Framing Britney Spears” (2021, TV-MA) reexamines the pop superstar’s career in light of her battle with her father over control of her estate and her career.

Jason Momoa is “Aquaman” (2018, PG-13) in the fantastical superhero epic about the Prince of Atlantis who must reclaim his birthright to stop a war between the undersea kingdom and the human race.

Originally made for Japanese television, “Earwig and the Witch” (Japan, 2021, PG) is the first CGI production from Japan’s legendary Studio Ghibli. Gorô Miyazaki directs the adaptation of the children’s novel by Diana Wynne Jones.

Two new limited series documentaries debut: “The Lady and the Dale” (TV-14), the fascinating story of entrepreneur and trans pioneer Liz Carmichael (new episodes each Monday), and “The Investigation” (TV-14), on the 2017 murder of Swedish journalist Kim Wall. (All HBO platforms)

The winter crew of an isolated Antarctic research station is found dead or missing when the summer team arrives in “The Head” (TV-MA), a limited series thriller starring John Lynch and Katharine O’Donnelly.

Classic pick: Errol Flynn and Olivia de Havilland teamed up for the first time in “Captain Blood” (1935), the swashbuckler that made Flynn an action superstar.

Luke Evans stars in the three-part crime drama “The Pembrokeshire Murders” (not rated), based on the true story of the hunt for the most notorious serial killer in Welsh history. New episodes on subsequent Tuesdays. Accompanied by the documentary “Pembrokeshire Murders: Catching the Gameshow Killer” (2021, not rating).