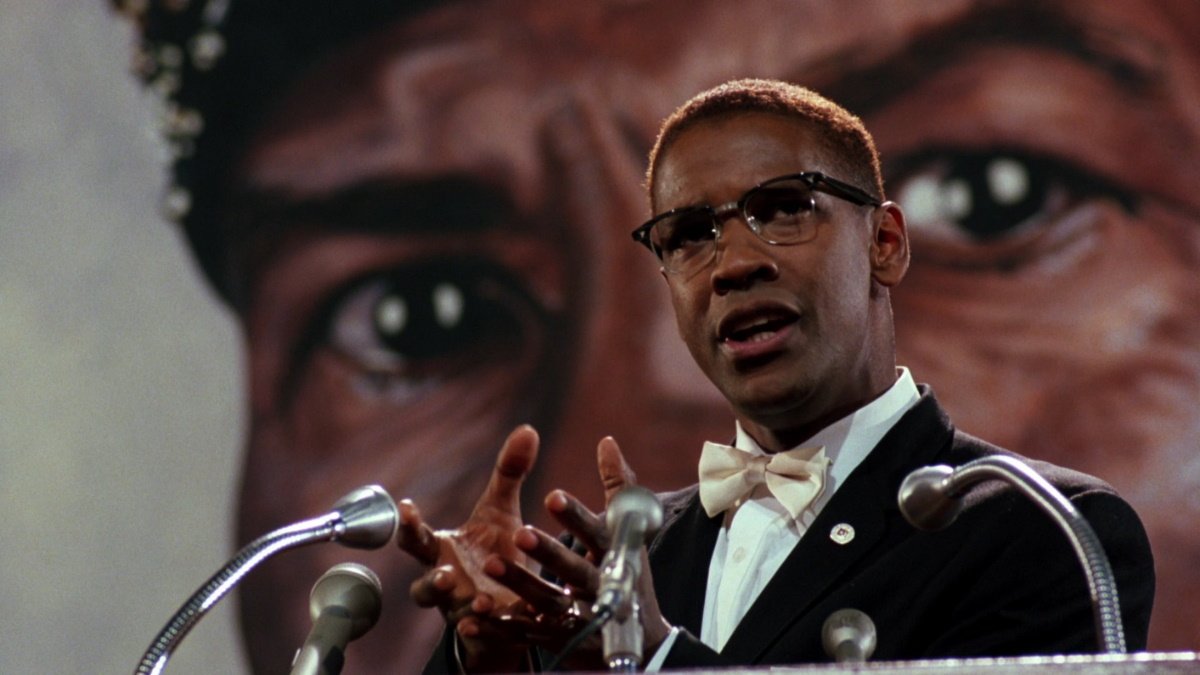 Lee traces his life and education from his early days as a street criminal through his days as a fiery orator charging up the Black Pride movement to his falling out with the Nation of Islam. Through it all, Lee presents him as a thoughtful leader, challenging and confronting racial injustice with both words and action. And he follows his evolution through the years, as we see in the last act of his life when he breaks with the Nation of Islam and their agenda to embrace a more humanist and non-violent approach, inspired by his journey to Mecca, just before his assassination.

This is a project that Spike wanted to make for years. Warner Bros. wanted Norman Jewison to direct and Lee (joined by many others in the black community) criticized the studio for choosing a white filmmaker to make this African-American story. Jewison bowed out and Spike was took over, rewriting the script by James Baldwin and Arnold Perl. He fought the studio for a budget big enough to encompass an epic story and secured permission to shoot in Mecca, becoming the first American movie to do so.

Washington is superb as Malcolm X, creating a complex figure that earned him an Oscar nomination for Best Actor. And Spike, never shy about courting and confronting controversy, directly engages with the leader’s initial commitment to armed resistance, his conflict with the Nation of Islam, and his philosophical differences with Martin Luther King, as well as his later conversion to a philosophy of nonviolence.

It also earned an Academy Award nomination for the costume design by Ruth E. Carter and was added to the National Film Registry in 2010.

Available in Blu-ray and DVD special editions from Warner Home Video featuring commentary by Spike Lee with cinematographer Ernest Dickerson, editor Barry Alexander Brown and costume designer Ruth Carter, deleted scenes with introductions by Spike Lee, a making-of featurette. The Blu-ray book and two-disc DVD editions include a bonus DVD with the 1972 Oscar-nominated documentary Malcolm X, which makes a superb non-fiction companion to the dramatized portrait of this significant historical figure of the 20th century.