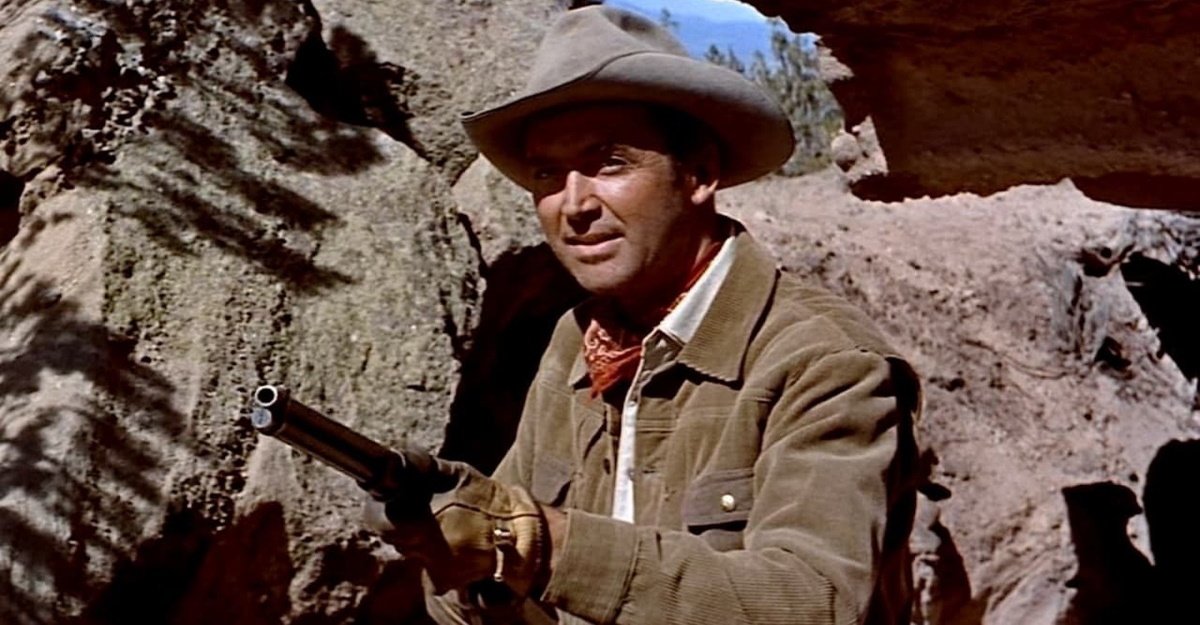 The Man from Laramie (1955) is a frontier “King Lear” by way of director Anthony Mann’s favorite themes of splintered families and filial betrayal.

James Stewart plays his usual brooding loner, a former army scout searching for the man responsible for his brother’s death. He rides into a town run by a cattle baron (Donald Crisp) with an irresponsible son (Alex Nicol) who despises him and a dutiful foreman (Arthur Kennedy) who desperately craves his father-figure’s affection and respect.

The complicated web of love, hate, and betrayal sprawls over the entire town and Stewart, less psychologically haunted than in previous Mann collaborations, becomes a catalyst that pitches the conflict into violence, usually directed at him. While the Apaches are the ostensible threat, Mann’s brutal violence reaches a new level of cruel glee in Nicol’s sadistic psychopath of a delinquent with a six shooter. At his direction, Stewart is dragged through a burning campfire, shot point-blank in the hand, beaten, ambushed, and generally made unwelcome. Kennedy provides the psychotic edge as the spurned son with a black secret.

The film marks Mann’s seventh and final collaboration with James Stewart, the end of an amazing run of tough, adult westerns, and his first widescreen film. As usual, Mann’s landscapes are magnificent in a country where beauty and danger lie in the same handsome wilderness, and the widescreen canvas gives Mann the opportunity to give his frontier a stark grandeur.

Also stars Cathy Downs as a Kennedy’s long-suffering fiancé, google-eyed Jack Elam as a shady informant, and Wallace Ford as a tracker who takes a liking to Stewart.

On DVD and on a limited edition Blu-ray from Twilight Time with an isolated musical score and effects track and a booklet with an essay by Julie Kirgo. Limited to 3000 copies, now out of print.