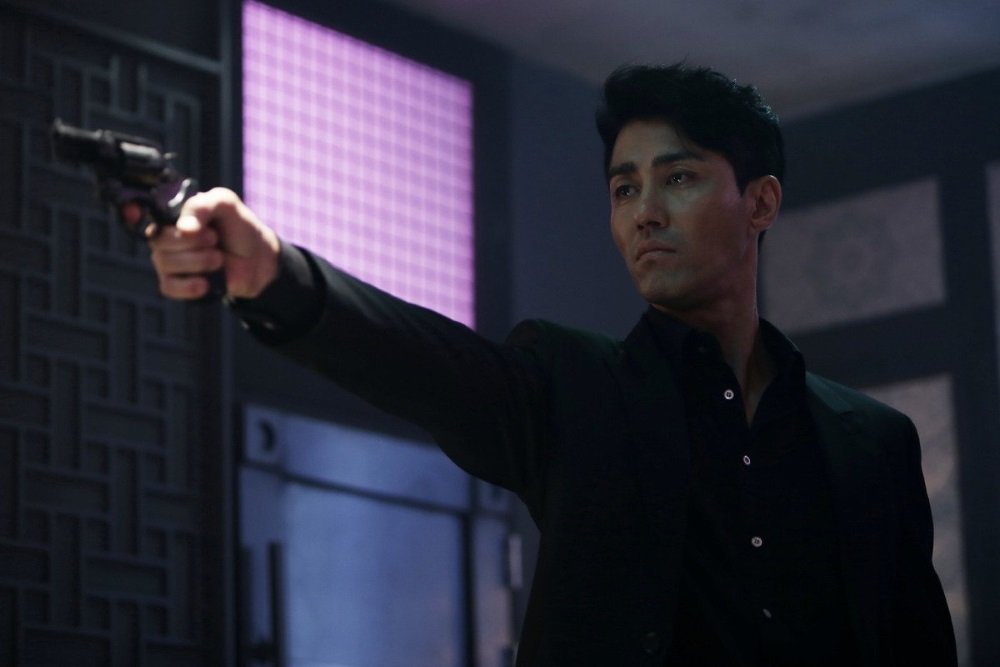 Our first glimpse of police detective Joon Ji-wook (Cha Seung-won) is memorable indeed: he’s in a steambath, naked but for a towel and a patchwork of scars across his body. Our second is just as vivid: he walks (fully clothed by now) into a private room of a nightclub where a mob boss is holding court, tosses his guns aside, and battles his way through the room until there’s no one left between him and the mobster.

Joon’s body is held together with pins (he sets off the metal detectors of every security cordon) and his arms dotted in track marks. They map his past and present, but director/writer Jang Jin plays off expectations and drives us into unexpected territory. This maverick loner, who keeps to himself and works at night without back-up or partners in classic noir anti-hero fashion, doesn’t see himself as Korea’s answer to Dirty Harry by way of Bruce Lee. He sees himself as a woman and he’s retiring from the force because he’s saved up enough for gender reassignment surgery.

There’s a dry humor that helps take the edge off the arch and ultra-serious Joon (who is non-communicative almost to the point of parody) but this is no comedy. Joon’s isolation and violence seems to spring from his frustration at hiding his true self from his co-workers. Every arrest becomes a showdown, a contest in which he tests himself again and again, perhaps just to prove to himself that he’s still alive. But it’s not the rush of the fight that drives him, it’s the guilt of his past (flashbacks show the cost of being different in this culture). Only when he dons a dress and makes up his face to see the beautiful woman looking back at him in the mirror does he feel complete. Man on High Heels doesn’t hold out much hope for South Korea as an accepting culture for Joon’s self-actualization—there’s no American optimism in this road to self—but give Jin credit for an ambivalent twist to the classic act of heroic sacrifice.

Not rated, in Korean with English subtitles. Not on disc in the U.S.