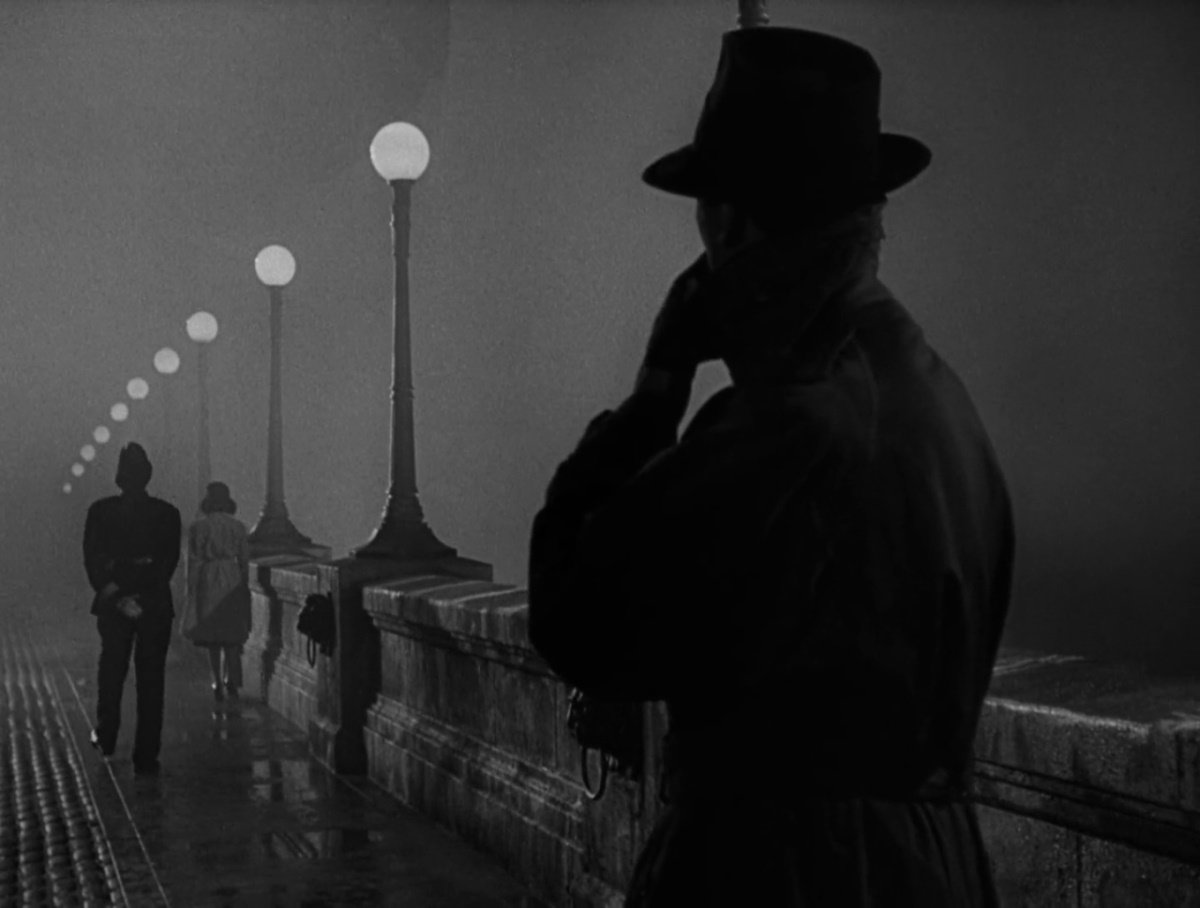 Fritz Lang, whose mother was Jewish, fled Nazi Germany in the early thirties. The true story is mired in legend, but the short version is that Lang went to France and then to Hollywood while his wife Thea von Harbou stayed behind and joined the Nazi propaganda machine.

Lang made the first of many anti-Nazi dramas in 1941, before the rest of Hollywood had geared up for movies about the war. Man Hunt (1941), based on a novel by Geoffrey Household, is a twist on “The Most Dangerous Game,” only this time the game is Hitler and the apolitical big game hunter, one Alan Thorndike (Walter Pidgeon), is captured and tortured by the Gestapo (embodied by George Sanders at his most arrogant).

The grueling escape and paranoid existence as he hides out from Nazi spies back in England transform Thorndike into a patriot. It is a vivid thriller and Lang is more interested in the personal journey than the political message, yet they twine nicely here as Lang twists the stakes of Thorndike’s ordeal.

Joan Bennett, in the first of her four leading roles in Lang films, is the cockney streetwalker (they can’t actually say so but the implication is clear) who helps him hide out in London, and John Carradine is superb as sinister Nazi agent shadowing Thorndike through England. Roddy McDowall costars in an early role as a supportive cabin boy.

Also on Blu-ray and DVD and on SVOD through Amazon Video, iTunes, GooglePlay, Vudu and/or other services. Availability may vary by service.
Man Hunt [DVD]
Man Hunt [Blu-ray]

It was released on DVD in 2009 with commentary by Lang biographer Patrick McGilligan and the featurette “Rogue Male: The Making of Man Hunt.”

The limited edition Blu-ray (now out of print) by Twilight Time includes the commentary and featurette along with an isolated musical score (which is by Alfred Newman, the music director for 20th Century Fox), and there is a booklet with another fine essay by Julie Kirgo.