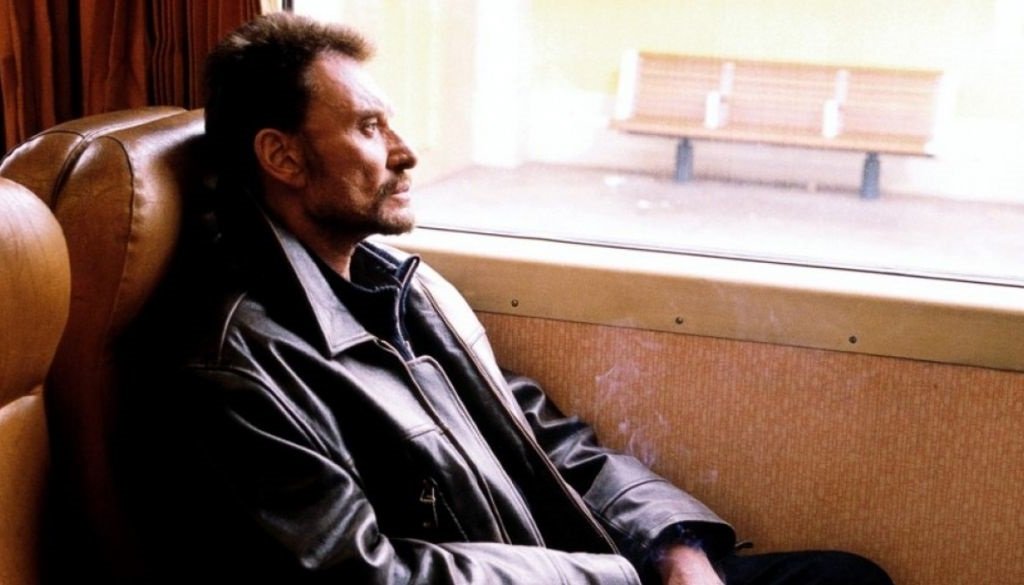 Rochefort is the droopy, self-effacing dreamer Monsieur Manesquier, a retired teacher who would like nothing more than to become a hero of the movies he loves. Hallyday, whose face looks like a couple miles of rough road and whose manner suggests the life that goes with it, is Milan, a bank robber in town for a job. The hotel is closed and Rochefort offers to put him up in his old, unlocked villa in the middle of town.

These two are opposites in almost every way. The garrulous Manesquier romanticizes Milan’s life of crime and fantasizes of being a tough guy. Milan is weary of being the tough loner who loves them and leaves them, and has in his own turn been left by everyone, and he envies his Manesquier’s, his house, his place in a community, and his life appreciating music and poetry. The two become unlikely buddies—the lonely old retiree whose life is a monotony of repetition, and the eternal drifter who has spent a lifetime in motion and has come out the other end just as lonely and lost—and their friendship (Manesquier gives Milan a poem, and Milan gives Manesquier shooting lessons) is touching and genuine: the mutual respect of men who envy the lives the other leads.

Leconte feeds both the romantic fantasy of the tough guy genre and the inevitable outcome of lives spent in violent endeavor and quiet desperation, without slipping into any of the pulp clichés we might anticipate.

Winner of the audience awards for Best Picture and Best Actor (Rochefort) at the 2002 Venice Film Festival.

Also available on DVD and on SVOD through Amazon Video

, iTunes, GooglePlay and/or other services. Availability may vary by service.
Man on the Train (L’Homme du Train) [DVD[