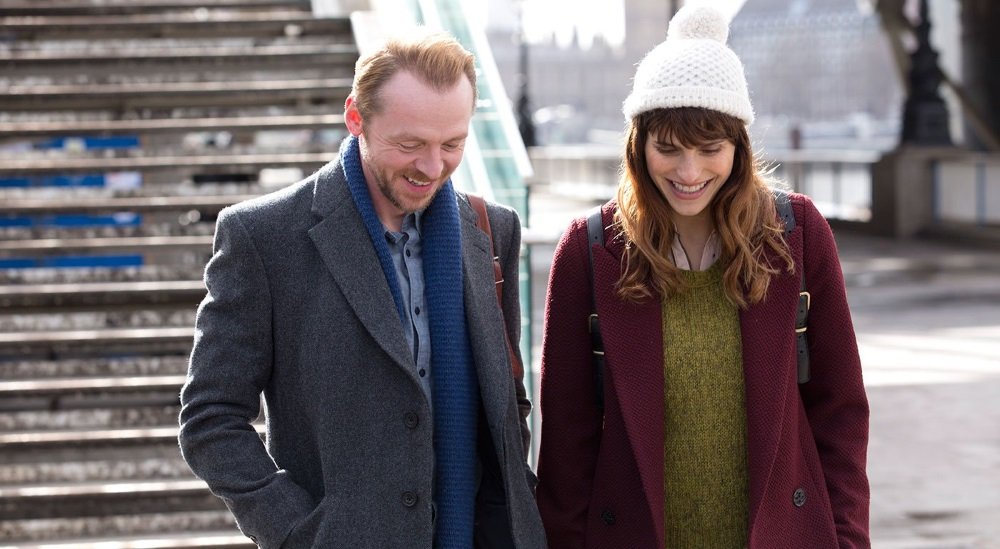 Man Up (2015), a romantic comedy for the modern age with a decidedly British sensibility, stars Lake Bell as Nancy, a 30-something writer and singleton in London who has given up on dating, and Simon Pegg as disappointed divorcé Jack, who is trying out internet dating for the first time.

His blind date is the set-up for a meet-cute situation—he mistakes Nancy for Jessica (Ophelia Lovibond), his 24-year-old blind date, and Nancy goes with the flow, treating the chance meet as a kind of kismet. Or at least a chance no worse than any of the others she’s endured. It turns out they have terrific chemistry, as characters as well as actors, at least until the truth inevitably comes out and their night on the town devolves into arguments and recriminations. Such is the bumpy road to true love, or at the very least second chances.

For all the rom-com conventions of the film (and there many, from the mistaken-identity / meet-cute premise through to the end), it has a low-key charm and an adult take on expectations, disappointments, and missed opportunities along the way to a happy ending. Pegg dials down the geekiness and slacker comedy of his usual roles to show a man genuinely hurt by his failed marriage but putting on a good face. Bell, superb at comic awkwardness and self-effacing humor, adopts a convincing British accent and a touching vulnerability. It’s sweet and satisfying without being particularly memorable, but the actors bring an authenticity to their evolving relationship and have fun with the easy-going humor.